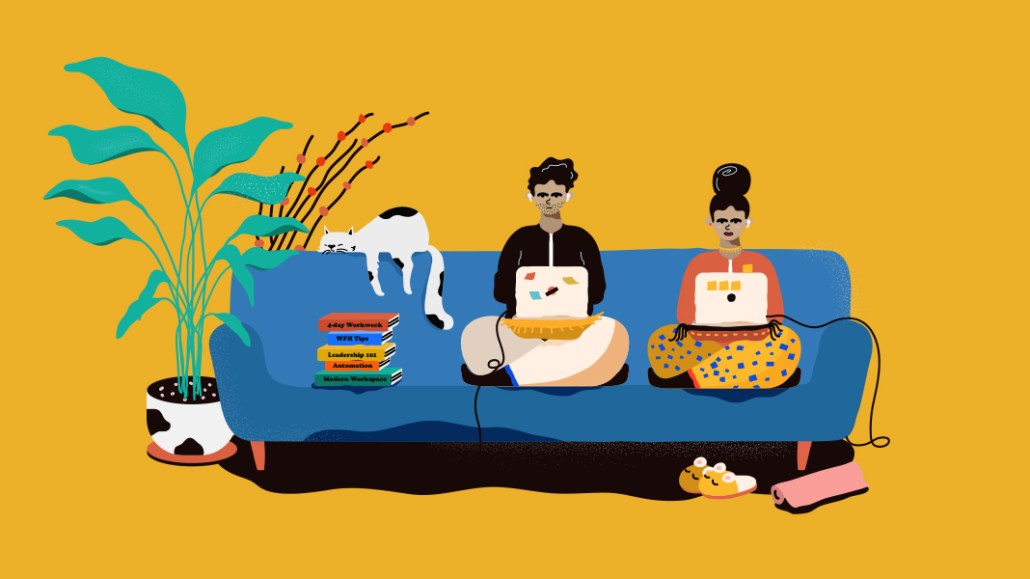 If media employees have proven to their bosses over the last 18 months that they can be productive while working from home, why are they being required to come back into the office this fall?

That’s a question employees individually and unions collectively are posing — and an angle they have used to push back against management’s demands that employees work from the office at least a few days a week. They see their successful productivity as a reason to continue working remotely while the conversation around returning to work has mostly centered around issues of health and safety, especially due to the spread of the COVID-19 delta variant.

Media employees who are members of the Writers Guild of America, East “do report that with enough resources and support, they feel they can be as productive — if not more so — working from home,” said Lowell Peterson, executive director of the WGAE, the labor union that represents staff at companies like Vox and HuffPost. He added that members’ safety has been the “top priority” of conversations with management about returning to work.

Management at some media companies want employees back at their desks as soon as possible, saying it’s best to have people together in person to foster collaboration and company culture. In an email sent to staff in June, Hearst Magazines president Debi Chirichella said the connection, creativity and culture that comes with working from an office are pivotal to the company’s success, according to a July 30 statement from Hearst Union provided to Digiday. When Digiday reached out to Hearst Magazines for comment, a spokesperson echoed this sentiment.

But Hearst Union pointed out that Chirichella’s reasoning for a return to the office “marked a departure from earlier narratives of our successes and accomplishments achieved during the pandemic work-from-home era.” According to the union, during many all-hands meetings over the past year and a half, management “expressed amazement at how productive and profitable our teams have been while working remotely amid the upheaval of a global pandemic.”

Maybe that argument worked, to some degree: Chirichella announced on Aug. 10 that the company won’t officially open its offices until Oct. 4 due to the delta variant and emailed staff a tiered return plan.

Employees will work one full day in the office during the first week back, then two days per week in the office for the weeks of Oct. 11 and Oct. 18. The company won’t require employees to come in three days a week until “facility upgrades” at Hearst’s offices are completed, likely in January 2022. A Hearst spokesperson said the company is reconfiguring offices to allow for “appropriate distancing” in “spacing and seating.” The company has stopped short of requiring employees to be vaccinated.

Michael McDowell, a writer and podcast producer at Group Nine’s NowThis, and the podcast team were “really able to get into a production rhythm remotely that surpassed all of our expectations,” he said. “It was a tremendous relief to be able to figure it out… if we’ve been doing it for 18 months and it’s working, it suggests that it would continue to work.”

Remote employees may even be spending more time working while at home, compared to the hours they’d spend working at an office. A July study by Skynova surveyed over 1,000 remote employees and found 48% were working past midnight — and 50% of remote millennials consider working at night a perk. Twenty-two percent work past midnight four or more nights per week.

Quartz CEO Zach Seward has seen no changes in his staff’s productivity since reopening company offices in June. “Where people choose to work from does not affect their productivity at all,” he said. Quartz employees can work from home or from the office and are not required to come in on a regular basis.

Seward is “conflicted” about the issue of company culture: it’s easier to foster while staff is working together in person, but there are benefits to the flexibility of a hybrid work environment. Last summer, Quartz opened up its hiring policy so that anyone — regardless of their location — could apply to Quartz jobs. “The quality and diversity of applicant pools from most positions increased dramatically,” he said.

In their return to work plans, many companies are trying to “replace this thing that was lost” — such as talks around the proverbial watercooler that could lead to good ideas. The struggle now is to determine what the equivalent of that is in a remote or hybrid environment. “But the answers are bad, because those are the wrong questions. Virtual work is just different,” Seward said. When asked why it’s important for staff to come into the office these days, Seward admitted: “I don’t know,” an answer he said is “new” for him.

Seward believes the pushback from employees is “coinciding with a wave of employee activism.” Last year alone, at least 37 unions were created among media outlets. “Staff feel more free to speak up and object when companies are making major decisions,” he said.

But as a CEO, Seward can empathize with the difficulty of coming up with return to work plans. “It’s so hard for an employee or a manager to make decisions… because we are still in a pandemic,” he said.