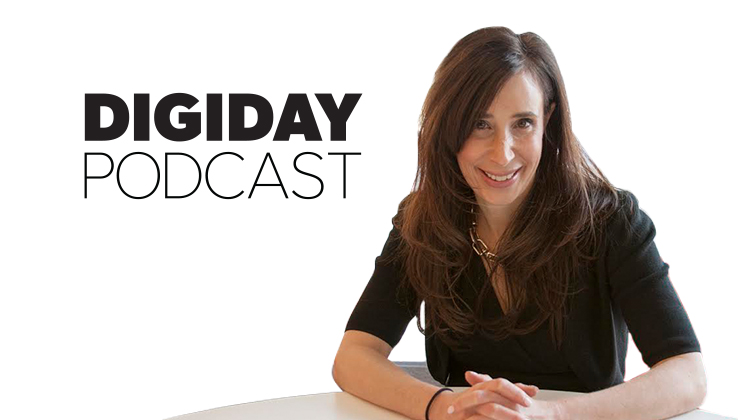 The New York Times is one of a few privileged publishers that have transitioned into a subscription business, and to do this, it started behaving like a consumer brand, according to the Times’ evp and COO Meredith Kopit Levien.

“We pay for things that become important utilities and daily habits. So it turns out, lots of people are interested in hearing from the Times on what to cook, what to watch and so on,” she said. “We are on the path to becoming a world-class consumer brand, and a lot of the work is to behave like one.”

Levien talks about subscriptions, advertising, differentiating from free alternatives and more on this week’s Digiday Podcast. Below are highlights, edited for clarity.

Digital subscription revenue has surpassed print ad revenue
“In actual dollar terms, the total revenue from digital subscriptions was larger by a decent margin than the dollar figure from print advertising. The New York Times’ future depends on being a very large paid consumer business. Because we don’t have to chase scale and our model does not require a billion-dollar ad business, we make a better product. Our reporters don’t have to choose between quality and how to direct your attention. We don’t move audience around in support of audience.”

Converting readers to subscribers
“The work is, how do we create gravity in our conversion funnel so people move through their relationship with the Times so that they want to pay and stay? Our international audience is growing at a slightly faster rate than the domestic audience — 300 million college-educated, English-speaking people outside the U.S. We have a global brand. We have to convince people of the relevance of that brand and its worthiness to be paid for.”

Making people value news
“A big part of the work is actually bending the curve on sentiment that high-quality news is actually different from everything else. A strong and ascendant Washington Post is a good thing because the work is to bend sentiment in [that] category and make that category much larger. Part of that is to make people understand the differentiation between original, independent, high-quality journalism and everything else. It’s distinct from the free alternatives.”

Churn is improving
“Even before Trump, we had seen a step function improvement in our ability to generate digital subscriptions. We got that by behaving more like a consumer business and trying to understand a consumer’s behavior and what makes them subscribe. Most people pay for The New York Times on a monthly basis, so we watch churn month over month. We’re actually improving churn. We’re getting better at steadily onboarding people and understanding high-risk moments when someone might leave the Times.”

Platform relationships are important
“We have very important relationships with Facebook and Google. We spend a lot with them because it works. We understand and believe in them as platforms. They are changing consumer behavior, especially Facebook. Format experimentation, like Facebook Live, was a very hard thing to do, but it was necessary. If not for them saying, ‘We’re going to give you money to [program on] our platform, we wouldn’t have done it as fast, and we would have done it differently.'”

Advertising must evolve
“The days of advertising as we knew it are waning. Marketers need to know how to do either high-quality programming or create products or experiences that actually give value to people. That doesn’t mean there won’t be campaign advertising, but respect people’s time, privacy and data. The marketer creating a relationship with the content provider for whom the audience is coming is really important.”