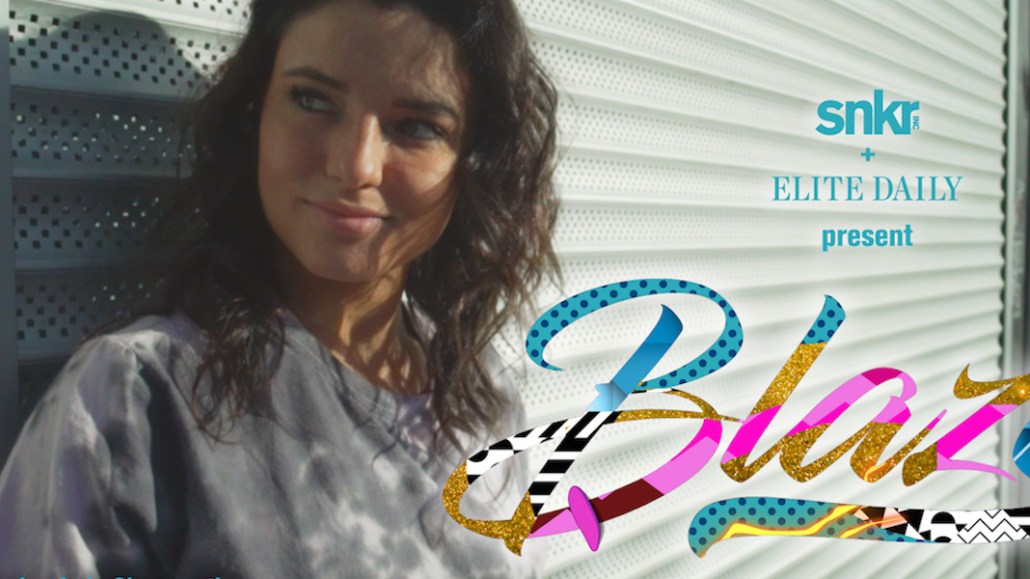 Bustle Digital Group is looking to capitalize on the lack of female voices in the streetwear industry with a new video series called “Blaze,” which will spotlight female entrepreneurs, influencers and sneaker enthusiasts.

The series — which will be produced in partnership with SNKRINC, a streetwear-centric media company and content studio launched in November 2017 — will debut this summer on BDG’s Elite Daily site. The videos will air weekly and vary in duration from 5 to 8 minutes. Guests will include Jade Chynoweth, a streetwear influencer and the first female dancer to sign a sneaker endorsement with Puma, graphic artist and painter Allison “Humean” Torneros, who has partnered with Nike, and sneaker influencer Jazerai Allen-Lord.

Though media and e-commerce sites are increasingly catering to women in streetwear — Complex occasionally features female guests on its video series “Sneaker Shopping,” Hypebeast launched its spinoff site Hypebae, and Zappos created a destination exclusively for women’s sneakers — it still represents a small percentage of overall coverage. SNKRINC founder Ivan Dudynsky said the video series was created in response to the persistent void of editorial coverage for women in streetwear.

“We developed this specifically because we looked at the sneaker space and felt there were a lot of stories being told around male influencers,” he said. “We looked at all the blogs doing this, and they were completely under-serving females. It’s oversaturated with stories about resale and traditional unboxing. Nobody was telling these stories of these women.”

While Elite Daily may not seem like the obvious choice to debut a sneaker series, Kate Robinson, BDG’s svp of business development, said traffic to streetwear-related content has been on the rise, as has demand from women for sneaker style stories. When Dudynsky approached BDG — which in addition to Elite Daily, also includes the women’s interest vertical Bustle and its parenting site, Romper — she said the team was already in the midst of brainstorming ways to beef up its streetwear coverage.

“We were starting to see sneakers pop up as a trend within our trends research group,” she said. “We also polled our audience using The Bustle Hive, our community membership program, and we started to hear a lot about sneakers. Our audience was really hungry around sneaker culture.”

Though BDG is an attractive partner, thanks to its robust audience of young millennial women — which will both build a viewership and entice ad partners — Dudynsky said its tone felt like the right fit to house a series intended to to move beyond the boys’ club of streetwear. In addition to the video series, Robinson said BDG will ramp up sneaker-focused coverage and social content leading up to the video series and complementing it during its summer-long run.

Ultimately, Dudynsky said the goal is to use the videos as a springboard for a full-fledged media platform that caters to women with an enthusiasm for streetwear, working collaboratively with BDG to build momentum. He said it was too early to share details about whether this platform would function autonomously or as live within a site like Elite Daily, but it will likely expand subject areas to include topics like music, culture and sports.

“What’s great about sneaker culture is it’s an amazing starting point for a conversation,“ he said. ”If you look at what MTV did, it started in music, but it bridged out into culture, fashion and travel, and we want to do the same thing with sneakers.”