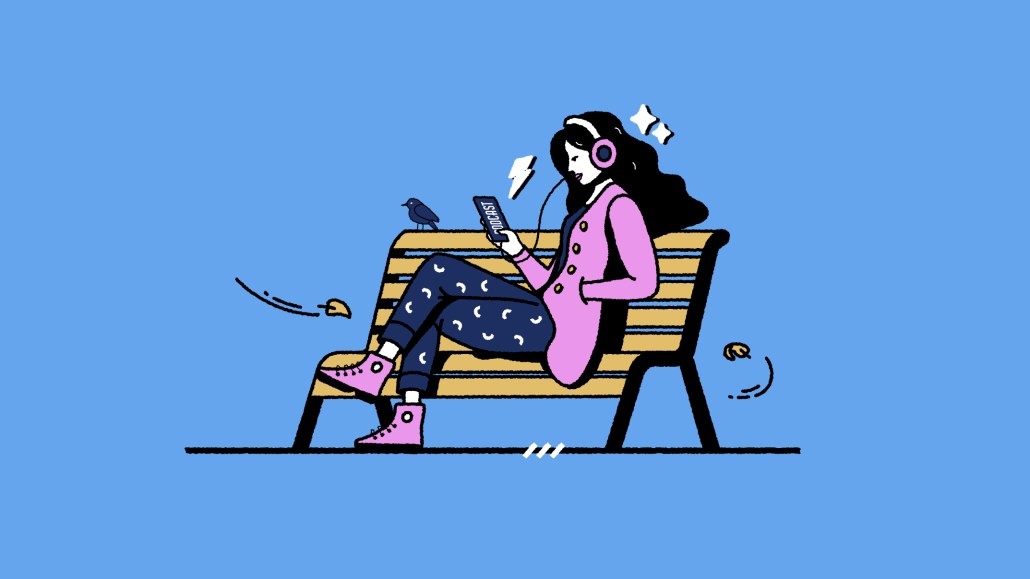 Maintaining a strong, positive work culture in a virtual-only environment has been a challenge for all businesses during the last year of enforced remote working. To try and keep employees emotionally engaged and motivated, businesses have turned increasingly to internal podcasts.

Some CEOs have seized on the format as a way to try and share more about themselves with staff, or to handle communicating their response on difficult, often emotional topics — from job security to mental health to racial and societal injustice.

“The pandemic created a communication crisis for businesses,” said Nazir Ul-Ghani, head of Workplace from Facebook, for EMEA. “At a time when the world became more isolated and distant almost overnight, companies needed to share important information more urgently and efficiently than ever. The situation was only intensified on the frontline, where the workers most exposed to the virus and in need of updates often didn’t have a way to connect with company HQ.”

For many organizations, that has prompted a total overhaul of their communication strategies. But it has also required a change in leadership style with skills like empathy and transparency taking a much higher seat in the C-suite repertoire than previously expected.

And to nail empathy, you need to nail tone, a more natural bedfellow for audio, rather than email. “You can’t show empathy over email, it just doesn’t work,” added Ul-Ghani. “In light of growing demand from employees to hear from leaders about their own mental health challenges and views on societal issues, old methods of communication like quarterly newsletters just won’t do. Companies need to invest in communication tools that are instantaneous and feel authentic, not overly corporate or scripted.”

Over the last year employee engagement firm Workvivo launched an internal podcasting feature as part of its core intranet, as demand for the technique started to snowball across all industries, in the months after the pandemic hit.

The company counts A+E Networks, Here Technologies and Arlo among its clients who use this particular feature for internal communications. Uses range: some sales leaders have swapped weekly Zoom or Teams update meetings for short podcasts, which their team can download and listen to whenever is most convenient at home. They’re also used for onboarding newbies who have never met their colleagues in person. Others invite external guests to provide interesting insights and training, while some CEOs have agreed to be interviewed about their personal lives and experiences, in order to show their human side to employees who often regard them as unapproachable.

A+E Networks records short podcasts internally called “BASEcast” (BASE is the name for its intranet) which covers a mix of current affairs, pop culture, team and social news, all in an informal interview style with different members of management.

Arlo has a podcast called the The “Virtual Water Cooler,” hosted by its HR team where they speak with various employees on a variety of different topics and themes. Their first guest was Arlo CFO Gordon Mattingly who talked through his career highlights to date and his experience of remote working.

Podcasts are also being used for sharing knowledge, for example tech teams who wouldn’t typically have any connection to on the ground employees, will now talk them through new products and other updates, which they can then pass on to customers.

Workvivo’s CMO Gidi Pridor believes experimenting with new formats for communicating with workforces internally will be critical in this new era in which hybrid and remote working is commonplace. “Everyone’s either offering free access to [mental helath] apps like Headspace or online cooking classes and it’s all very cute, but these are band aids,” said Pridor.

“The core problem [in remote-working situations], is lack of meaningful connections, meaningful bonds and relationships, the kind that are formed in an office environment, or bumping into the CEO or other senior team members in the parking lot and getting a pat on the back for a job well done,” Pridor said. The result was that people became zombies watching the screen and doing their work, he added. “And it results in people being unhappy, disconnected and less motivated. The connection to the culture of the workplace and your colleagues is really at an all-time low.”

Empathy and authenticity have become prized leadership qualities by employees since COVID-19 struck. In the U.K., 77% of 1,330 U.K. employees said that these are the foundations of good company culture, and 39% said they want their leaders to explore more personal means of communication, like video, according to a survey commissioned by Workplace by Facebook. Despite increased efforts from leaders, many U.K. employees felt let down by bosses during the pandemic: 32% said communications from their leadership team during this difficult period felt cold and impersonal and 31% felt leadership showed a lack of empathy for people’s personal lives.

Podcasting firm uStudio saw internal podcasts go from being of interest to early adopters, to mass take-up during the pandemic, according to founder Jen Grogono. More than half its clients now produce an average 10 podcast regular shows using its platform. Average minutes of podcast playtime across its customer based were up 349% from the last year and podcast users up 167% from the last year, according to uStudio though it didn’t give baseline figures.

One major motivation was from business leaders searching for new ways to connect with their employees on the emotional level needed to keep them connected with the business and each other. Another was a desperation to provide alternatives to the Zoom and Teams cultures that sprung up during the last year, but have since caused screen fatigue and in some cases, burnout.

“It’s very powerful for a leader to be able to get their voice heard by an entire workforce without having to get everyone dial into a conference call,” Grogono said. “It’s how people become connected to a cause or mission.”

She believes this medium has been underused for internal communications. “Couple it with the delivery and you can take advantage of habits people have built up over time. People can download and listen offline, while reviewing their kids’ schoolwork or cooking. It’s the efficiency with which the message can get to the workforce — that’s what we saw through the pandemic. And the way people can be at home and receive work content in a way that integrates into work style.”