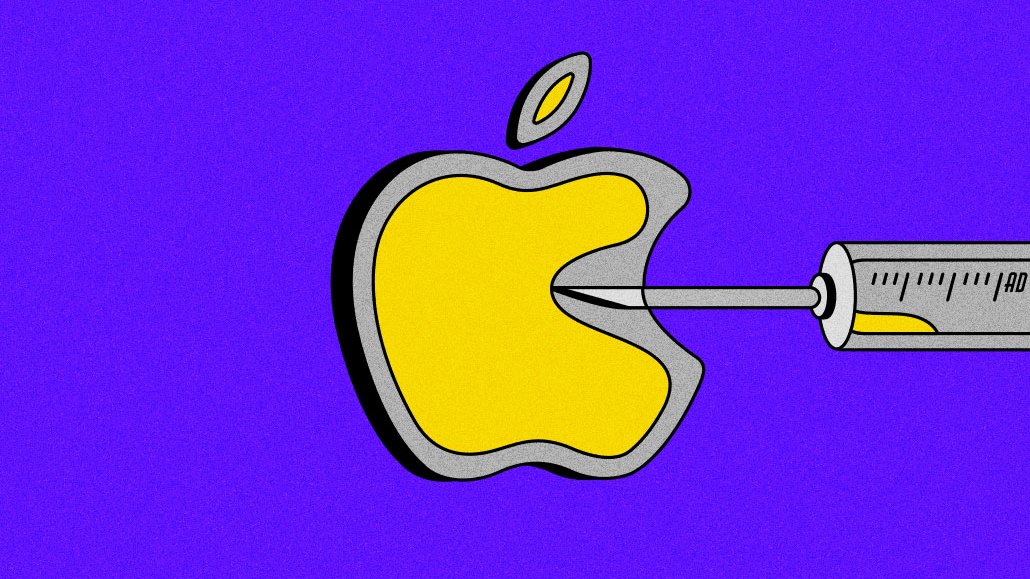 Apple’s growing designs on the ad industry are already well-documented with the iPhone maker’s media unit already generating $4 billion per year on search. But now it would appear it is further stepping up its efforts by serving ads on even more screens.

Apple, Digiday has learned, is preparing a more serious push into monetizing its original video content with an ad play, according to several media agency sources that held separate exploratory discussions with the digital giant.

More are due to follow later this year according to the media agencies executives Digiday spoke with, all of whom requested to speak on background due to the sensitive nature of the discussions and Apple’s insistence on privacy.

While Apple did not respond to Digiday’s request for comment on the nature of its meetings with holding company executives, separate sources noted that Apple, led by vp of ad platforms Todd Teresi, has been making the rounds with network executives. During these meetings, Teresi described what the agency sources characterized as an unusual approach to selling ad time on Apple TV.

One source said that a few months ago, Apple was talking about an ad sales approach that more closely resembled selling search than a traditional audience-based pitch that most TV sellers take to market. Apple TV executives are said to have talked about building an API-based platform in a similar way to how Google or Microsoft search is bought.

That approach has since changed – Digiday reported in August that Apple is building a DSP. And another holding company executive who spoke more recently with Apple confirmed that the company is planning to use a DSP for their TV inventory. “They actually have so much native inventory, through maps, email, and all their apps at this point, that the DSP would actually be only to decision on their owned and operated [TV content],” said the executive.

Apple TV has already been carrying ads on its coverage of Major League Baseball games, but those ads have been sold by the league itself, not Apple. But there’s no shortage of original programming, including the multiple-Emmy winner Ted Lasso, on which to run ads.

The question is, when will it start? One agency source said Apple was not asking for that media agency network to put aside client dollars in the fourth quarter, so it seems more likely to be in early 2023.

“Anything that would open up premium inventory [in connected TV or streaming] would be a positive,” said the exec. “The last bastion is Apple TV. Apple is going to be a very good ad experience with probably a low ad load. They’re already actually very diversified in terms of revenue streams so there’s less pressure to fit lots of ads.”

A third holding company executive also met in summer with Apple’s Teresi, who talked about ad opportunities around the sports programming (which includes a 10-year deal with Major League Soccer), but this executive said the discussion didn’t address an ad-supported tier on Apple TV.

The executive did say Teresi was looking to meet again with this holding company in November – and that executive speculated an ad-supported tier could come up then. Teresi “did express interest in expanding their [ad] business, but he also made it very clear that Apple will do nothing unless one, there’s a significant opportunity, and two, they would never do anything to jeopardize the relationship they have with their consumers,” said the executive.

Apple doesn’t break out the advertising revenue generated by its existing ads business which predominantly consists of selling search ads on the App Store as well as a tie-up with NBCUniversal that lets its sales team sell inventory on apps such as Apple News.

Although it is thought to be in the region of $4 billion per year and estimated to rise to $6 billion, according to analysts at JP Morgan, with Counterpoint Research estimating that iPhones’ market share overtook Android in the U.S., where it now has a 50% share, during June.

Meanwhile, in the month prior to Digiday revealing Apple’s ambition to launch a DSP – a development that would require a tactful introduction to the market given its earlier proclamations around privacy – it also unveiled new search ad placements in the App Store.

Veterans of the sector will recall how the latest Madison Avenue charm offensive is indicative of it iAd rollout more than a decade ago, a launch that largely coincided with the early rollout of the iPad. According to sources, this was a premium offering that was impressive but overpriced, and launched in a manner that was largely out of sync with market sentiment.

For some, iAd was ahead of its time, but in particular, many ad buyers thought that Apple didn’t permit its sales staff with the humility and flexibility necessary to make it as a vendor on Madison Avenue, hence it was effectively wound up in 2016.

Speaking on the emergence of Apple’s programmatic aspirations in August, Rob Norman, an advisor to several ad tech startups and longtime GroupM veteran, noted how iAd was a ”first class” mobile experience but that there was little evidence of its effectiveness.

”For the clients that did go for it [iAd], it was very high-touch in terms of support with creative and everything else that goes on with a campaign,” he added, ”and Apple was never staffed to be a high-tough support business for advertisers.”

Rachel Pasqua, now CMO of Prohaska Consulting, led the specialist mobile team at iCrossing during the early rollout of iAd and noted how Apple’s conduct during this time – one where Google was also promoting its ‘mobile first’ mantra – demonstrated that it was unaware of how ”media is a very different beast” to the tech business.

“Of course it was a premium product, but I think Apple was used to being able to name their price with no questions asked, but media is not that way,” she said. ”As questions will always be asked in media… their take was very much, ’This is a premium product from Apple, and you will pay our price.’

”Obviously, that didn’t go over well with the media community,” added Pasqua, who (like several other sources) went on to note her opinion that iAd sales executives were allowed to deviate little from their prescribed sales decks.

However, as it continues to court the C-suites of Madison Avenue, the exploratory nature and collaborative tone of the discussions suggest that Apple has learned lessons from its foray into adland during the early 2010s as it seeks to further its mobile dominance and enter the realms of prime time TV ad sales.