Amid wholesale changes, the ad industry aims to make ‘trust’ its new catchword 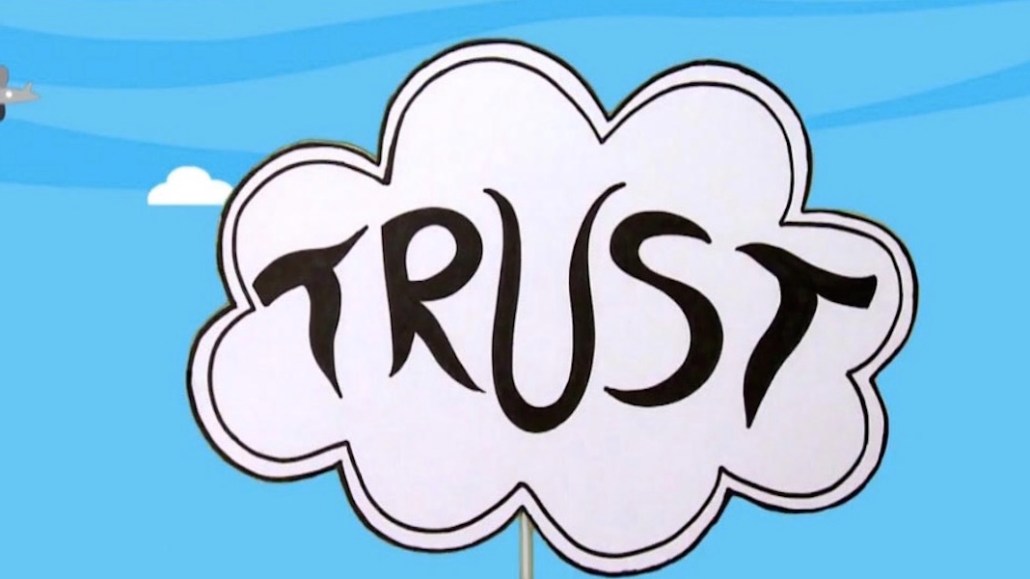 Peppered with criticisms from separate global government bodies over its use of public data, the ad industry’s digital vanguard is convening at Dmexco this week where transparency is being preached from the pulpit.

STATS FROM THE STORY

Although, trust may be in short supply on the conference floor itself as the sector faces potential further restrictions from lawmakers frustrated with attempts at self-regulation, while the industry’s largest names balance contrasting priorities.

Google took the opening day of Dmexco, the first IRL meeting after a two-year break, to publish an Ipsos survey aimed at amplifying its message of “positive privacy” with the results, gleaned from the answers of 20,000 Europeans, suggesting the treatment of user data is top of mind for the public.

Results suggest that privacy is now driving brand preference with four-in-10 respondents indicating they would switch between competitive brands “in response to a positive privacy experience.”

Google’s EMEA president Matt Brittin asserted that reversing such a decision can be difficult “once the damage is done” and raised how 71% of respondents indicated a preference for brands that are “honest about what data they collect and why.”

“Regulators across the world are demanding a more private internet — with some critics calling for a ban on targeted ads completely,” he told Dmexco attendees. “The future of the web depends on what all of us in this room are willing to do. We must earn people’s trust.”

Last week’s State of Data report from the IAB adds credence to Brittin’s words with the trade org warning members that uncertainty over data regulations — at state-level in the U.S. (where a more welcome federal one is also in prospect) as well as in Europe — was a more pressing concern than the 2024 depreciation of third-party cookies by Google.

For instance, earlier this month the Belgian Market Court issued an interim ruling seeking further guidance on the IAB Europe’s appeal of an earlier decision from data protection authorities there which cast doubt on its Transparency Consent Framework.

This means legal doubts continue to pervade critical industry infrastructure such as the Open RTB framework. Equally, it also means those aiming to develop privacy-enhancing technologies, or “PETs,” that are compliant with a multitude of different privacy laws across the globe will have to operate with a heightened degree of caution.

Of course, the most high-profile effort in this regard is Privacy Sandbox led by the Chrome team at Google, an initiative that would be drawing to a close this coming quarter – per its initiation schedule. Although, concerns over whether elements of the project are permissible under GDPR, in addition to other factors, mean its completion is now expected in 2024, if not later still.

We know the big platforms come in, and makeup rules that will benefit them before anyone else.
Anonymous local market source

And it’s this issue that takes us back to Google’s catchwords for Dmexco 2022: trust, and transparency. Simply put, many companies in the space are still wary of Big Tech’s capacity to act as an honest broker.

These concerns remain even as participants in the Topics API experiments make positive noises over the amount of feedback data they are starting to receive, plus initiatives such as IAB Tech Lab’s Seller Defined Audiences gain Google’s backing.

“We know the big platforms come in, and makeup rules that will benefit them before anyone else,” said one local market source who requested anonymity, given the sensitive nature of discussions.

Although, a separate source familiar with conversations at the IAB Europe, also speaking on condition of anonymity, told Digiday that while wariness over Big Tech’s motivations was prevalent among members, a considerable proportion will privately concede they will have to relent to the hegemony of Google, et al.