As Amazon moves into fashion, Asos tries to stay ahead in digital 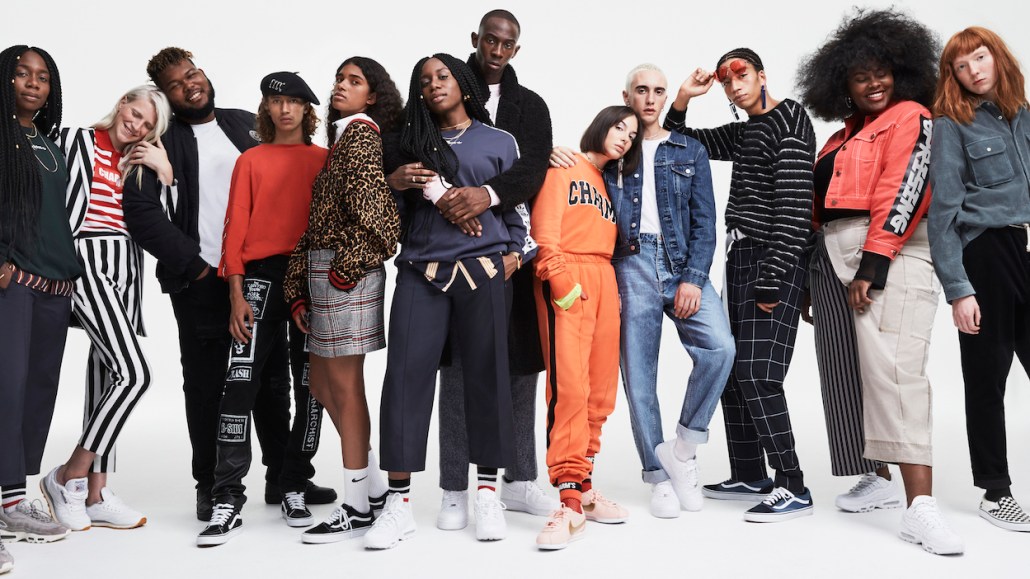 The fashion company is launching a chatbot, created by Byte London, on its Facebook page on Nov. 8 for shoppers in the U.K. and France. Shoppers answer a series of questions, which the chatbot then uses to suggest potential gifts that are available on the site. Questions such as, “What item would most likely fall out of their bag?” will target the retailer’s younger shoppers.

The service will run throughout Christmas, yet it could form the basis of something bigger on the social network, given Asos’ ongoing experiments with artificial intelligence. Earlier this year, it began testing a virtual assistant, which helps customers search for products and keeps profiles on their personal data, including size and preferences.

Meanwhile, Asos is the latest retailer to jump on the try-before-you-buy trend.

Similar to Amazon Prime Wardrobe, shoppers who buy from the Asos app only pay for items they keep by selecting the “Pay Later” option to get 30 days to use either their credit or debit card to pay for the items they want.

But unlike Prime Wardrobe, which discourages people from making returns by offering discounts to those who keep a certain number of items, Asos’ focus is on shoppers who bail on buying clothes they may have to return.

The retailer said the service will appeal to customers who want to try on everything they’ve ordered and only pay for what they keep. Not being able to try on items before buying them has long been a challenge, so it made sense to explore a try-before-you-buy service in the U.K., said Nicola Thompson, Asos’ global trading director.

The retailer didn’t have the internal expertise to build its own flexible payment process like PayPal, for example, and doesn’t have ownership of its logistics process like Amazon. Instead, Asos worked with payments provider Klarna to offer the Pay Later feature following a successful run in Germany, where the financial firm let shoppers pay for their products up to 14 days after delivery. The retailer doesn’t break out specific metrics for the Klarna service, which it has used since 2013.

“The positive experience of flexible payment options in other territories, our belief in the Klarna service and a clear desire from customers made us confident that now would be a good time to launch,” Thompson said.

If customers know they don’t have to pay for products immediately, they could spend more time searching the app for clothes they might not have otherwise considered. As strong as dwell time is on the Asos app — users spend 80 minutes per month on average on it — the business has admitted that only a fraction of its catalog gets explored due to limitations in screen size, search and navigation.

No incentives are planned to drive adoption of Asos’ try-at-home feature, according to a company spokesperson. The retailer likes to bide its time before throwing marketing weight behind innovations, similar to its approach with its recently launched visual search feature.

Pay-later options are set to become a key battleground in online fashion sales, with Topshop, Miss Selfridge and Amazon already offering similar services. In Amazon’s case, it began testing its feature in the U.S. this summer, allowing Prime subscribers to order brands such as Hugo Boss, Adidas and Levi’s with no upfront charge. Customers have seven days to decide what they don’t want.

As Amazon expands the service to other markets, experts have noted that retailers like Asos, as big as they are, could feel the same pressure that has hit book publishers, broadcasters, supermarkets, consumer goods and others over the years. Analysts from investment banking firm Cowen & Co. expect Amazon’s clothing and accessory sales in the U.S. to grow by nearly 30 percent next year to $28 billion, making it the country’s biggest apparel seller.