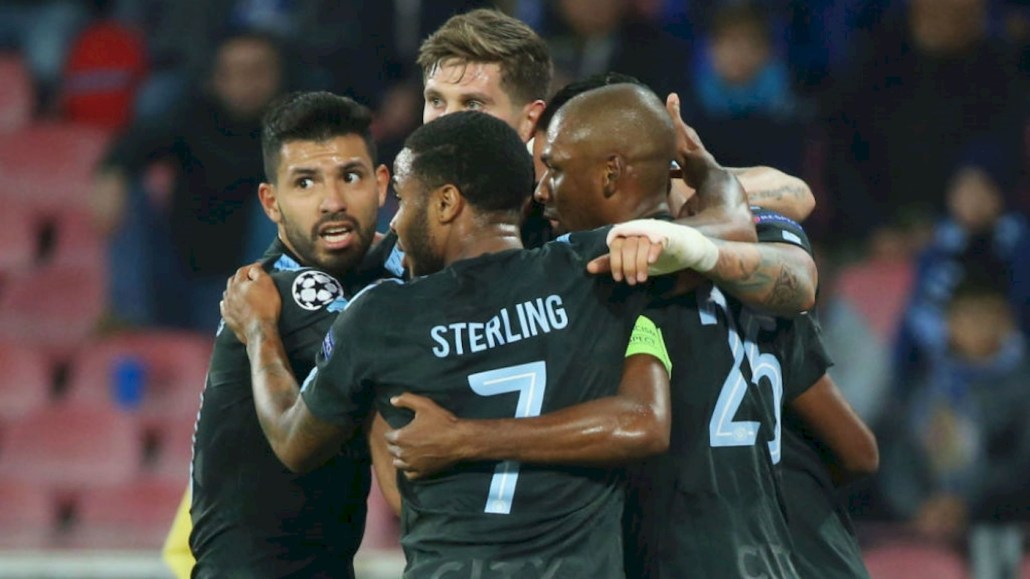 Amazon’s push into sports involves more than just livestreaming games. On Nov. 9, Premier League club Manchester City announced that Amazon has agreed to produce a documentary series about the club, putting an end to weeks of speculation about such an agreement.

Pitched as a soccer version of Amazon and the NFL’s documentary series “All or Nothing,” the show will follow the team throughout the 2017-18 season and air sometime after the season ends, which is in May.

It’s the first deal of its kind for Amazon, which hopes the series turns fans of Manchester City and the sport into Prime subscribers. Amazon doesn’t reveal subscriber numbers, but data from Consumer Intelligence Research Partners suggests Amazon has around 90 million in the U.S. alone. “Manchester City believes there’s a much broader audience out there for them alongside the club’s supporters and soccer fans, which is why the type of demographics that watch content on Amazon was a good fit,” said a source close to deal.

The same source said that once the production team has sorted through all the filmed footage, a decision will be made on how many episodes will be created. It could get tricky for the production crew on match days due to the Premier League’s strict rules on match-day coverage that protect the broadcast rights it has sold to Sky and BT in the U.K. as well as its overseas partners. This means the show’s producers could be forced to leave out dramatic moments like locker room team talks.

Those regulations have already pushed Amazon rival Netflix to develop a similar fly-on-the-wall series with Italian club Juventus rather than an English one. Manchester City, however, is one of the top teams in the most-watched soccer league in the world and, as such, was able to strike the deal despite reportedly causing friction with broadcasters.

“Amazon is a fundamentally different platform that has global appeal across more than 200 countries,” said the source. “With the Amazon team, we feel like they have a fantastic record of producing these types of programs [sports documentaries], and the club is confident in the partnership.”

Sky Sports, which paid more than £4 billion ($5.3 billion) to broadcast Premier League games between 2016 and 2019, reportedly voiced its unease about how Amazon bought its way into the league through the deal with Manchester City. Sports broadcasters are understandably concerned that the unfettered growth of services like Amazon Prime and Netflix could at some point take subscribers away from their own packages, as could livestreaming. Amazon already streams NFL Thursday night games as well as a Christmas Day game, and it will also pay the ATP £10 million ($13.1 billion) per year for five years starting in 2019 to stream tennis matches.

It seems that Amazon Prime and Netflix have earmarked fly-on-wall documentaries as a way into soccer content without spending large sums to secure costly rights to games. Both streaming services have reached out to some of the biggest Premier League clubs, including Liverpool and Chelsea, with the hope that they will get access to the clubs, managers, players and facilities.