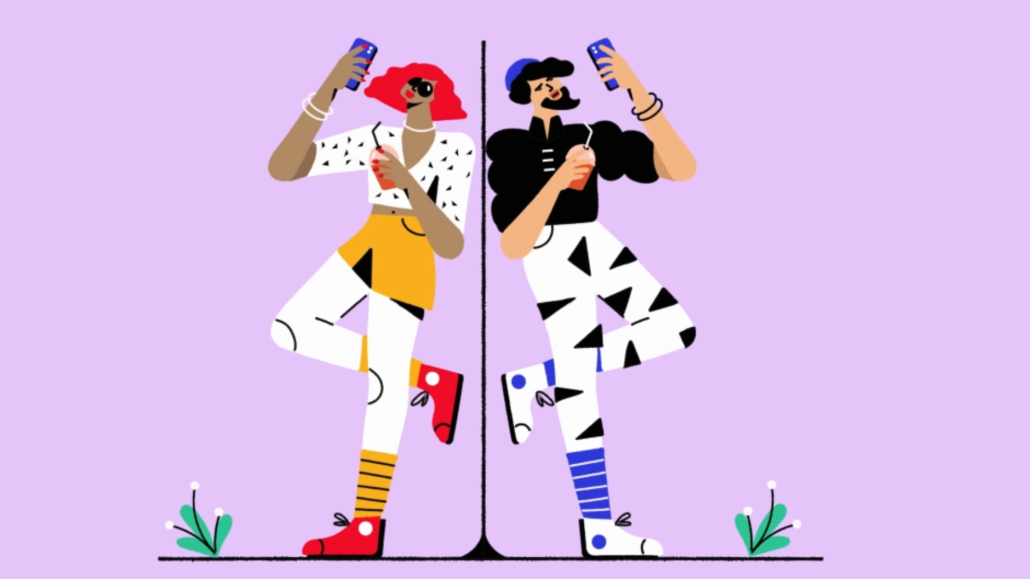 Online literature platform Wattpad is holding onto its ad dollars, leveraging organic growth on social media and prioritizing its owned channels to build up community engagement by way of exclusive interviews and comedic TikTok videos.

“There’s all this engagement already happening on Wattpad,” said Abby Yew, Wattpad’s head of marketing. “We haven’t focused on growth at all.”

Wattpad is an online literature platform, founded in 2006, on which users can create and publish written content. According to the brand, about 90 million people use the platform, five million of whom are Wattpad writers. Wattpad has 1.4 million TikTok followers and nearly double that on Instagram, where it has 2.2 million followers. Instead of spending big on increasingly steep CPMs in a crowded digital marketplace, Wattpad leverages a mostly organic social media strategy, tapping into existing communities like #BookTok on TikTok to boost engagement and build its online community.

“When you talk about our channels, because we’re not focused on growth in advertising and paid media, we’re really utilizing and leveraging our own channels,” Yew said.

For example, a TikTok book influencer will organically recommend a story written by a Wattpad creator. To capitalize on that movement, Wattpad’s social team joins the conversation, reacting in real time, according to Yew. Other times, the company posts exclusive content with Wattpad’s more notable writers. Any paid media is reserved for retargeting purposes, “but it’s really very low, lower funnel, focus versus anything awareness and engagement. It’s all organic,” Yew said.

That’s not to say the brand doesn’t spend on digital media at all. So far this year, Wattpad has spent at least $250,000 on paid digital media, according to Pathmatics. That figure is significantly higher than last year’s spend, which was just $46,900. Per Kantar, the brand spent just shy of $700,000 on media this year. (Kantar figures do not include social and digital spend as Pathmatics figures do.) Last year, that spend was less than half at $255,000.

Aside from social media, Wattpad also has paid investments in desktop and mobile display, according to Pathmatics.

Wattpad isn’t alone in leaning into online communities and trends like #BookTok to gain traction with users. Earlier this year, Penguin Random House inked a deal with TikTok that allowed users to link to books in videos using the hashtag, according to previous Digiday reporting.

While organic social can be a key component of any marketing plan, marketing experts say pressure mounting on social media platforms to turn a profit via ad revenue could limit organic growth in the long term.

“While a feature may start free as a means of testing use cases, at some point in the future we expect to have to pay-to-play,” Shalanna Clark, head of marketing at marketing agency Code3, said in an email to Digiday. While brands should look for ways to enhance their organic social presence to authentically build community, “social media fickleness demands a level of paid delivery to ensure the user sees your message, let alone engages with it,” said Clark.

Wattpad has dabbled with paid efforts in the past, but didn’t see the return on investment. Hence, why the company is now bullish on organic marketing and building up its owned channels, per Yew.

“We’re so fortunate that the product is so sticky in itself and that we’re able to then just focus on preference, brand loyalty and getting into that conversation with our audiences,” Yew said.