‘There has to be an authentic manner in which you approach our fans’: T1 CEO Joe Marsh on brand partnerships in gaming and esports 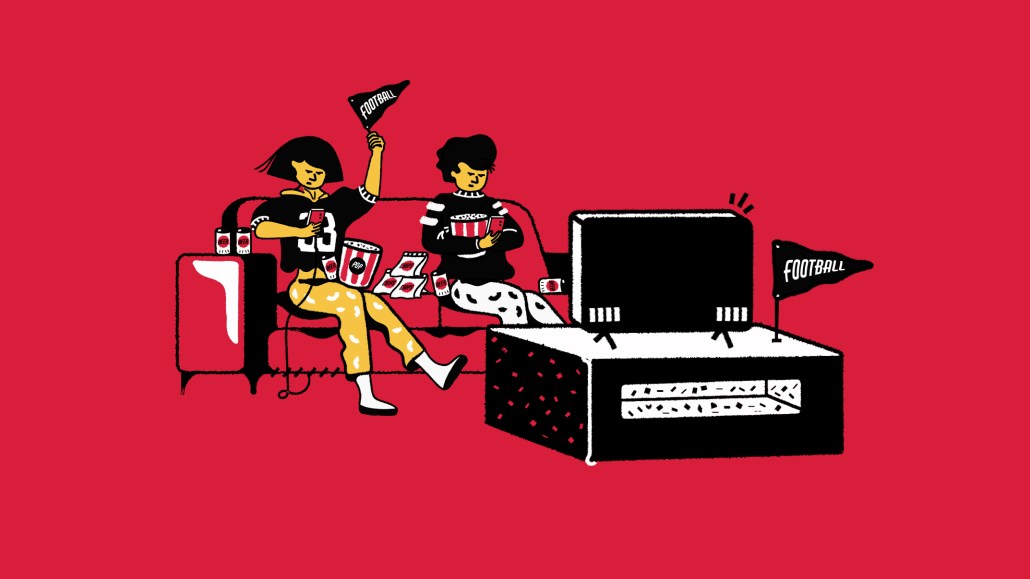 As the cultural footprint of gaming and esports continues to expand, brands and creative agencies are bringing in in-house experts to manage their growing gaming/esports departments. “The non-endemic brands have got different challenges,” said Adam Harris, global head of Twitch’s Brand Partnership Studio. “They have to establish a right to play in the space.”

In an attempt to resonate with a gaming audience that is deeply suspicious of marketing efforts that come off as ungenuine or corporate, non-endemic brands are partnering with trusted, established esports organizations in order to introduce themselves to gamers. One of these trusted brands is T1, a prominent Korean esports organization that fields teams in “League of Legends,” “Fortnite,” “Super Smash Bros.” and a slew of other popular titles. Digiday recently connected with T1 CEO Joe Marsh to learn about the philosophy and strategy behind the organization’s brand partnerships.

Historically, T1 has primarily been known as a Korean esports team. How has this influenced your brand partnerships with non-Korean companies?

We try to have a global reach in perspective, but also keep the local touch and flavor. I think every partnership is unique in that sense. Some of our partnerships are very much global partnerships — with BMW being done out of Welt in Germany and then obviously Nike out of the U.S. — but there are local boots on the ground for both of those companies. Asia is a huge market for them, Korea is a big market for them.

So how do you organically build a partnership around what they do really well, and integrate with our fans who are not accustomed to wanting to be sold to? There has to be an authentic manner in which you approach our fans. With someone like BMW, they have some of the best sports partnerships in the world — they’re fantastic in golf — and they kind of understand how to do it. Even with the pandemic, they had their virtual conference a couple weeks back. Their manga series, integrating that part of gamer culture and kind of seamlessly putting in all the different BMW teams in there, was a good approach to the target audience that they’re trying to reach.

How did the partnership with BMW come together?

It was brokered through our agency, SPORTFIVE. During [League of Legends] Worlds 2019, I actually flew in from Spain to Germany to go to BMW Welt and meet with BMW in person and share my vision for T1 and what we’re trying to build. At that point, we were still fresh off the [joint venture], not even a couple weeks in, and BMW was walking me through what their strategy was. And it was pretty clear that they understood what gaming and gaming partnerships should look like. And they had a really robust strategy. They’re probably one of the first partners that had an integrated, multi-team partnership and a global reach with it — you had China, Korea, you had Europe, you had the U.S. It just made sense for us to partner with someone that had that global approach, because we were taking T1 global at that point with the joint venture between Comcast Spectacor and SK Telecom. It made sense to have partners that wanted to activate locally, but also had that global reach.

How has your relationship with BMW changed as they’ve brought on more people who are endemic to esports and gaming?

I think they’ve done a great job of having someone own the category internally, just like you would need someone that’s going to own your golf partnerships, your traditional football partnerships. For BMW, they really wanted to make it a robust partnership. You saw that they announced a gaming chair using advanced BMW auto technology — they really wanted to leave the space better than they found it. I think someone like that investing their R&D into gaming is really cool to see. I think they’ve done a great job of building the right infrastructure, because BMW, from a brand and partnership perspective, kind of “gets it,” so to speak. They have not disappointed in our two years of working together.

Is this phenomenon of having someone internally own the gaming and esports operations within your company something you’ve seen in the other brands you’ve partnered with?

I think it depends on the brands. Obviously, the endemic brands, they live and breathe it and walk it every single day. So in our deal with Matrix Keyboards, they kind of get it. Secretlab understands it wholeheartedly. I think with Nike, they’ve had individuals in Korea that have done a great job — I’ve been to their R&D space out in Oregon, and they’re building out tech for gamers, and [T1 owner and star League of Legends player] Faker gave feedback on products that he’d like to see.

Let’s talk about the integration of T1 branding into the physical goods associated with your sponsors. How do you decide which partners to do physical brand integration with?

For someone like Nike — yeah, a T1 shoe would be awesome. You’re probably looking for something more like a Faker shoe, right? Because he’s like the Jordan of video games. For us, to do the branding and things of that nature, you want someone that’s going to be with you for a multi-year [deal]. You don’t want to do a one-off. Our Matrix keyboard is going to come out later this year, which I designed on the T1 side, but Faker heavily designed his keyboard to the point where people are going to be shocked when they see it, because Faker’s interests are different than most pro gamers. It’s meaningful for him, because the design functionality and feeling, the look of it, is very much in line with his growth and rise to where he is today.

So, though I love the idea of proper branded integrated products — you know, headsets, mice, things like that — you definitely want to do it with the right partners and make sure that everyone’s goals are aligned.

Individual influencers like Faker have become increasingly important in the gaming and esports space. Are you consciously working to elevate other members of T1 to that sort of influencer status to secure more brand deals?

I think Faker’s kind of in his own category because he’s the owner of T1, he’s an influencer, he’s also a pro gamer first and foremost. And if you look at our roster, we have Tyler1, who’s one of the biggest North American streamers, and one of the biggest league streamers. So we definitely try to find the right mix.

You know, we do try to make it a family atmosphere as well. We built a big building in Seoul, where we want people to come home after military service or after they’re done with their playing career and they’re trying to figure out what’s next. We want to be able to give them that second career. A lot of these kids leave school at eighth grade and they don’t have the educational background, but they’re famous for gaming. They’re bright kids and they know that they understand brands, and we try to give them an opportunity to come back and keep leveraging their fan base.

What are your future plans for T1, in terms of brand partnerships?

From an industry perspective, you’re probably seeing it already a little bit, but crypto exchanges and cryptocurrency — it’s coming fast and furious. Obviously TSM went there first, with FTX. But I would expect T1 to jump in there pretty soon with a pretty cool deal that would allow us to educate the market, too, because crypto kind of gets a bad rap. So, if we ever do a deal with a crypto thing, you’re going to see educational content coming out of our shop, because we have younger consumers, right? We want to make sure that they’re educated when they’re seeing a partner like that in there.

Otherwise, it’s just doing a great job servicing our current partners, organically growing them, and still making great content, even though COVID is still affecting how we can and can’t shoot. We’re qualified for the [annual Dota 2 championship The International], which is the biggest prize pool in all of esports. So we’re going to bootcamp in a couple weeks, we’re going to have content for the first time for our Dota guys. So just really trying to maximize what we can while we’re still in lockdown. I’m hoping that once that goes away, we can do really cool in-person activations again.