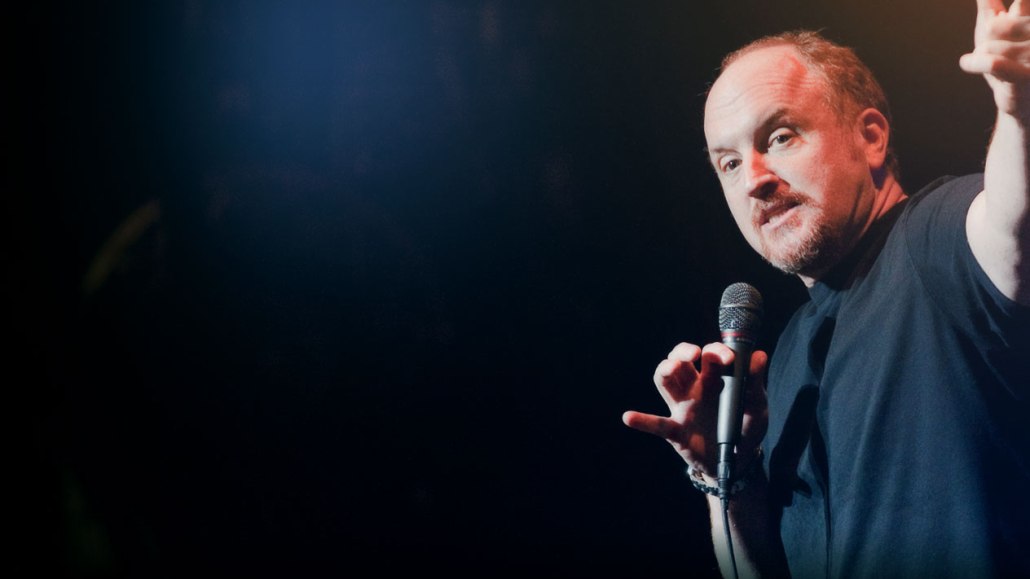 His decision to sever his ties with major media companies and distribution channels in favor of selling his product directly to fans on his website worked like gangbusters. Instead of releasing DVDs, he’s opted to sell $5 downloads on his site. Meanwhile, tickets for his live shows can only be bought directly from C.K., which he says cuts out the middlemen and lowers ticket prices for fans.

C.K. is in a unique position. He’s built a fan base that is clearly receptive to and appreciative of this type of approach. But that doesn’t mean brands couldn’t learn a thing or two from him. Here’s how Louis C.K. does it:

Respect your customers
If there’s one thing that’s apparent from C.K.’s messaging and his approach to his products, it’s that he respects his customers. Marketing emails from him are rare, the checkout process for purchasing material on his site is simple and easy to use, and he’s completely transparent and honest about where the money is going. His “Live at Beacon Theater” special even broke down things like production fees, Website maintenance costs, and his $200,000 profit. The content itself wasn’t copyrighted, making it easy to download illegally if users wished. But C.K. simply asked that they not do that and explained that he was selling to them directly for everyone’s benefit, in his view at least.

“Please bear in mind that I am not a company or a corporation. I’m just some guy. I paid for the production and posting of this video with my own money. I would like to be able to post more material to the fans in this way, which makes it cheaper for the buyer and more pleasant for me. So, please help me keep this being a good idea. I can’t stop you from torrenting; all I can do is politely ask you to pay your five little dollars, enjoy the video, and let other people find it in the same way.”

Learn by taking risks
When it came to his first theater tour, C.K. decided, instead of giving radio stations a presence at his shows in return for promotion, he’d try it another way. He didn’t want them there, and against the advice of his agent, he decided they wouldn’t be. As he told the A.V. Club, “I said to my agent, ‘Let’s do none of it. Let’s find out if this is a huge mistake. Let’s find out. I’m willing to sacrifice my first theater tour and have the places empty and identify that it’s because I wouldn’t let the radio people participate. But we also might find out that it didn’t make a difference and that I never have to do it.”

Do email the right way
When users make ticket or content purchases on C.K.’s site, they’re forced to provide an email address. They’re not forced to receive emails, though. Quite the opposite. Users are pre-opted out of his mailing list by default and must proactively check a box that states they’d like to be sent future updates. But users who agree to join the list aren’t subjected to a barrage of email. C.K. picks his moments carefully and appears to respect the fact that people have chosen to share their information with him. What’s more, the content itself is usually refreshingly direct. The emails he does send are simple text, as opposed to rich HTML, and he makes things personal. “Hello. It’s Louis here. I’m clacking this to you on my phone in my dressing room,” one recent email began.

Be real
This is, of course, easier for Louis C.K. to achieve than it is for other marketers, but that doesn’t mean they can’t learn from his approach. C.K. communicates with his fans in his own voice, as opposed to sales and marketing speak, and builds trust and credibility by being open about things like his financial arrangements and profit margins. Clearly, this approach is probably more effective for a celebrity than it would be for the average brand, but the perception that you’re dealing with a real person is surprisingly refreshing. This approach could apply to B2B brands, too. Digital agency R/GA’s Twitter account is a good of example of one area in which businesses could benefit from scrapping the marketese and having a personality.

Make the most of earned media
For the release of his 2011 stand-up special “Live at the Beacon Theater,” C.K. shunned the traditional distribution channels and marketing that goes along with it. Instead, he offered the material for download on his site for a sum of $5. There was no paid advertising push around the release whatsoever, yet it still pulled in $1 million in just eight days thanks largely to social media buzz and the press coverage that resulted from it. C.K. tapped his mailing list to announce the availability of the show, of course, but also announced it on social channels such as Twitter and an Ask Me Anything on Reddit.

Cut out the middlemen
As comedian Mike Cannon notes, comedians are brands too. As a result, it’s just important for them to look for ways to use technology to cut costs and remove the barriers between them and their consumers. As he writes, “In the post-advertising age, there are no rules and innovation happens every day. Identify the middlemen that inflate costs, slow the delivery speed and dilute the quality of your content, and find a way to get rid of them. Do everything in your power to make your audience the big winners, even if it means taking risks and potentially losing money.” Louis C.K. does exactly that, at every possible opportunity.