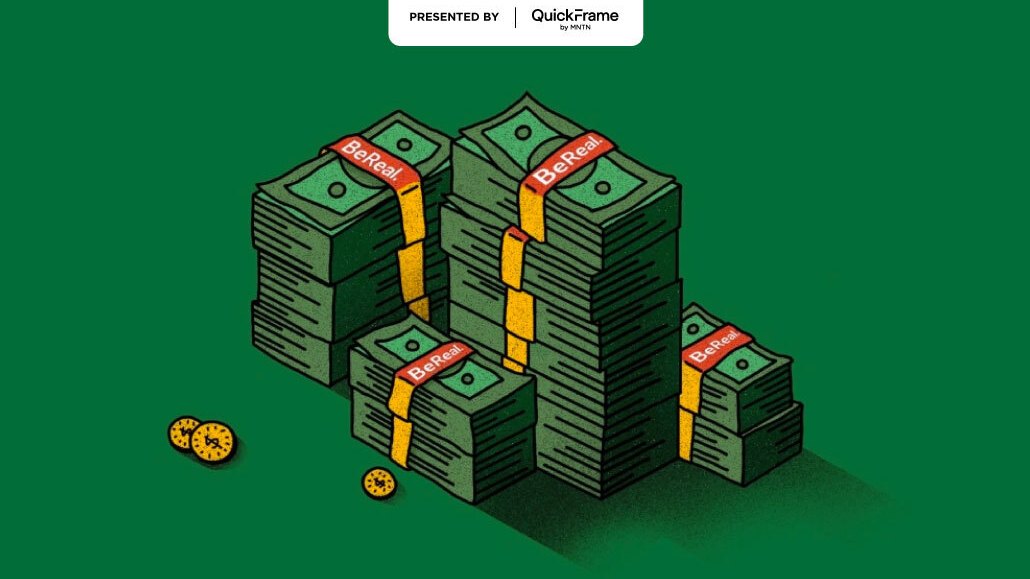 The brands have found their way to BeReal, the new French-founded, young-demo skewing, photo-sharing social media app in which users have two minutes to capture and share a real-time photo with a network of friends. And as it swells in popularity, agencies are starting to have conversations with their clients about what a presence on BeReal could look like, or if there should be a presence at all.

“Clearly, BeReal is top of mind for marketers who are trying to figure out what’s going to be the next platform that pops,” said Noah Mallin, chief strategy officer at IMGN Media.

As the platform’s user base quickly grows, so does interest from brands looking for the next shiny thing. While agencies report a slight uptick in BeReal client inquiries, there’s mixed thinking about just how marketing should work on the platform. Especially as BeReal gained traction with users looking for a less curated, ad-free social media experience. (Hence the name, BeReal). In marketing, chasing the newest thing is commonplace, but often leads to short-lived experiments. (Remember Clubhouse?)

Since its launch in December of 2019, BeReal has been downloaded 43.3 million times, according to mobile app analytics firm Apptopia. Of those 43.3 million downloads, nearly 41 million have come this year, with the U.S. contributing 40% of new users. In comparison, TikTok was downloaded 656 million times last year alone, per Apptopia. BeReal’s explosive growth over the last few months has been attributed to cross-posting BeReal content on Twitter and TikTok, as well as the Gen Z’s increasingly aggressive search for an Instagram antithesis.

Major brands like Chipotle and e.l.f. Cosmetics have already launched brand accounts on the app, becoming early adopters and building hype with discount codes. As of reporting time, both accounts had too many friends and were unable to process new friend requests. (It’s unclear the exact maximum number of friends a BeReal user can have.) The limitation of friends is one of the reasons not all advertisers are sold on recommending the app to their clients.

“There’s so much ambiguity around whether the platform is going to adapt to involve brands,” said Charlie Naus, managing director at Carson + Doyle creative agency. “It seems like they’ve been very adamant against it in the way that it’s built and the philosophy of the business.”

Out of the 20 clients Carson + Doyle currently has, at least three have asked about BeReal over the last three weeks, according to Naus. He declined to name the clients that inquired. “Unfortunately, the conversation dies out because I don’t have answers to questions that BeReal hasn’t answered,” he said. Like, will BeReal adapt to be more search and discovery focused, similar to TikTok and Instagram, instead of follower focused? Or will there be space carved out “for brands to survive?” he said.

According to BeReal’s terms and conditions, users are not allowed to “use BeReal for advertising or commercial purposes.” Albeit, it’s unclear how BeReal would enforce anti-ad conditions. And in its current state, BeReal is not designed or optimized for brand discovery — users don’t expect brands to be there and there’s little value for consumers who follow brands on BeReal.

“It goes without saying that brands who expect to move over into BeReal — and expect the same performance marketing aspects as other social platforms — will be sorely disappointed,” Brandon Biancalani, head of paid advertising at ad agency Modifly, said in an email.

That’s not to say there’s no hope for brands on BeReal, Biancalani added. Discount codes, limited secret promotions and behind the scenes looks are all potential BeReal ideas that could work, he said. “This adds an element and factor of the unknown to entice users to engage and interact with the brand’s BeReal content,” he said. BeReal did not respond to a request for comment in time for publication.

In a short period of time, the social media newcomer has challenged other social media platforms like TikTok, which recently launched its own BeReal copycat feature. Even Saturday Night Live took notice of the app’s growth, rolling out a BeReal-themed skit in early October.

With that in mind, Brand New: A Collective marketing collective is ramping up conversations around BeReal KPIs and investment opportunities with at least one client, which they declined to name, in hopes to be early adopters. “Our goal is to try and be early adopters and understand how we can turn this into a potential service offering before we become late in the game,” said Alyssa Convertini, co-founder and CEO of Brand New.

It’s too early to tell whether or not BeReal will see the same massive wave of adoption that TikTok did, especially with the app’s current limitations, according to IMGN Media’s Mallin. However, he suspects the photo-sharing app will start to build in functionalities that will make it easier for brands to participate in the near future. BeReal has been a client talking point for the past few weeks for the agency, which is now working on a proposal for one client, which Mallin declined to name, based on initial questions.

“This is all part of that hype cycle for apps,” he said. “Whether the interest actually converts into activity is the question mark.”