‘Still a long way from being realized’: A Q&A with author and metaverse inventor Neal Stephenson 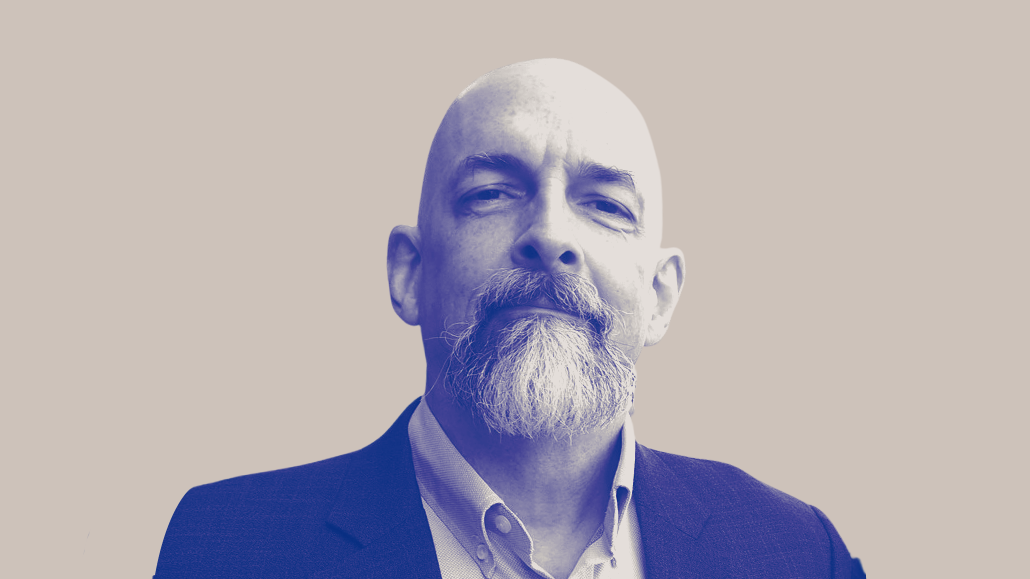 Facebook’s rebranding as Meta introduced the general public to the concept of the metaverse, causing Google searches of the term to spike following the announcement last week. But the idea of a metaverse has existed since 1992, when science fiction author Neal Stephenson coined the term in his novel “Snow Crash.”

Since then, Stephenson has developed a reputation as a techno-prophet. His 1999 novel “Cryptonomicon” featured an early description of digital currency that may have inspired Bitcoin.

In his latest book, “Termination Shock,” Stephenson has left the metaverse for greener pastures — literally. The novel is a clarion wake-up call about climate change, anticipating a near-future in which the industrialized nations of the world have continued to pump carbon dioxide into the atmosphere unmitigated. (The narrative takes place somewhere in the 2030s, Stephenson said, “but I was deliberately vague about the exact timing of it.”) The protagonist of the book’s ensemble cast is the queen of the Netherlands, who becomes embroiled in a controversial and world-changing geoengineering project intended to reverse global warming.

Published by William Morrow, “Termination Shock” comes out on November 16. Digiday spoke to Stephenson to learn more about his upcoming novel — and his thoughts on Facebook’s metaverse push and the ongoing effort to build bona fide virtual worlds.

I interpreted “Termination Shock” as a soft endorsement of geoengineering. Are you in favor of this practice?

Well, what I was trying to do was to bring it out and make it a topic of conversation, which currently it is not. People who are knowledgeable about climate and geophysics are all aware of this and might talk about it privately, but there’s a general reluctance to discuss it as a serious proposition because there’s a kind of taboo around it. And I don’t think that’s a healthy situation, because I do think it’s fairly likely that, eventually, someone will just do it. Unless somebody does just do it, then it needs to be something that we’ve talked about — something that people are aware of. People need to know what it can and cannot do, and they just need to have kind of a vocabulary and a frame of reference for the conversations that will have to happen.

My perception is that even people who consider themselves to be very environmentally aware and very conscious of climate change don’t fully understand, yet, just how far atmospheric CO2 has progressed. And the fact that we’re continuing to add huge amounts of CO2 to the atmosphere every year. We’re not even going to reach zero emissions probably for another four decades, at least, to say nothing of beginning to take CO2 out. I see a tendency on the part of even environmentally conscious people to look at programs for CO2 emission reduction as something that’s actually going to solve the problem, which I do not think is correct. So, if nothing else, talking about extreme measures like geoengineering might be a way to get people to more fully understand the seriousness of the problem.

How necessary was a near-future, proto-dystopian setting to make the geoengineering in “Termination Shock” seem politically viable?

That’s a key question. What we’re talking about here is a kind of rogue geoengineering event. And there’s kind of two ways that could happen: one would be a rogue state that just decides they’re going to do it, and the other is what I’m depicting here, a rogue individual who finds a way to do it. And in that scenario, there’s got to be some explanation for how he’s able to get away with it. You know — why don’t the local authorities step in and put a stop to it? I think something that kind of worked in my favor, as far as that goes, is just the general kind of centrifugal quality of everything that’s going on in the United States right now — the way that centralized authority is kind of devolving, and people are simply able to get away with completely outrageous violations of constitutional law, with no apparent consequences.

I noticed that the book doesn’t mention blockchain technology, which a lot of people view as a potential major driver of climate change. Was this omission unintentional on your part, or did you just not think it was relevant to the subject matter?

There are all kinds of human activities that are putting CO2 into the atmosphere, and I don’t have current stats in my head of how big a contributor blockchain is. But even without that, there would be a serious problem. So I don’t think we need blockchain to spin up a fictional scenario in which there’s too much CO2 in the atmosphere; I felt that it just wouldn’t contribute to the storytelling to try to break it down in detail like that and dole out blame to specific sources of pollution.

I do hope — I mean, I’ve seen some indications, although I haven’t studied this in a lot of detail, that people are working on other forms of cryptocurrency that might not be so carbon-intensive.

There’s also a very strong climate change aspect to the concept of a metaverse. As the physical world gets more inhospitable, it makes sense for people to move into virtual space. “Termination Shock” prominently features AR technology, but VR doesn’t come up. Was this an intentional choice? Why not explore the idea of virtual worlds as an escape from climate change?

I didn’t feel that I had a lot more to say on the topic of VR-based virtual environments; that wasn’t really the topic of this book. This book is about people running around outdoors, doing things in the physical world.

My contact with the XR (extended reality) industry over the last few years has been more in the AR side of things than the VR side of things, which I personally find more interesting. So I guess the lack of VR, and sort of metaverse, content in “Termination Shock” is more just a choice I’m making as a writer.

Are you just sick of the idea of a VR metaverse at this point?

I mean, VR has got some inherent limitations around movement. And the fact that, in many scenarios, there’s going to be a mismatch between what your inner ear’s telling you and what your eyes are telling you, which leads to motion sickness. People have tried to find ways to ameliorate that, but basically, when you’re doing any kind of complicated VR experience, you need to come to grips with that problem somehow, or else all of your users are going to end up being sick. There’s different strategies that are used by VR developers to tackle that; it’s not an insurmountable problem. But I think it tends to lead towards applications in which the user is basically either sitting or standing still, or else moving about a little bit in a very, kind of small, physical envelopes.

So you can still do a lot with that. But, you know, the idea that we’re all going to be so freely moving about in a planet-sized environment, I think is still a long way from being realized.

What was your reaction to Facebook’s rebranding as Meta? Is this taking the thunder away from “Termination Shock”? When someone Googles your name nowadays, it’s all articles about the metaverse.

It wasn’t too much of a surprise, because Facebook’s been using the word very frequently for a long time, and other companies as well. There was a great moment during the Epic vs. Apple trial a few months ago, when [Epic Games CEO] Tim Sweeney had to explain to the judge and the court reporter what the metaverse was. So I don’t see it as having a damaging effect on the publication of the book, and it’s probably got a net positive effect.

You mentioned Epic Games. At the moment, it feels like the gaming and social media sectors are kind of competing to be “metaverse builders.” Do you think one side or the other might be better-positioned?

I’m less interested in the technological horse race, because the technological problems that are there, although they’re very significant, can be solved. I’m more focused on the business model that’s providing the money to pay those engineers. If you look at a typical gaming business model, there are different ways that games are capable of generating revenue. You can pay for the game upfront, some games are free to play, some games are freemium, what have you. So there’s no hidden revenue model, you just pay for stuff when you want stuff.

In the case of a social media company, you are the product. Maybe you get to use the platform for free, but there’s a reason why it’s free. So I think the way it’s likely to play out is that, if there is a competition among these different platforms, that a company like Facebook is going to have a price advantage because they can subsidize hardware and so on with the revenue that they’re getting from advertisers. And companies that aren’t part of a giant social media empire won’t have that luxury, and will need to find other ways to pay for what they’re doing.

The effects of climate change will be felt first and foremost by the common people of the world, not necessarily the royalty or the wealthy. Why the decision to approach your book partially through the more rarefied perspective of the queen of the Netherlands?

This sounds odd, because we’re not all royalty, but somebody in her position can kind of be a stand-in for any sort of first-world person who’s looking at the ongoing climate disaster, which is the inadvertent result of things that we did over hundreds of years to increase our standard of living. You know, to live in warm houses and drive around and fly around in planes and stuff. And we didn’t intend for that to mess up the climate. But now we’re in a position where we understand that it has done so, and we have to try to figure out what to do with that situation. So, as funny as it sounds, I think she can be kind of a stand-in for that point of view.

One of the most fantastic elements of the book, which I later found out was real, was the phenomenon of melee combat on the Line of Actual Control, the contested border between India and China. How did this get on your radar?

I know, right? I had been vaguely aware of that whole situation for some time, because I did visit there a long time ago. It’s one of those things that is so surreal that I don’t think any speculative fiction writer would dare to come up with it. But once you’re aware that it is real and actually happening, then you can’t not use it.

As far as I know, what’s really going on there is all regular military, and there’s no element of volunteers going up. And so the science-fictional component here is me saying, well, with the combination of social media, YouTube, and climate change causing glaciers to recede and thereby creating new real estate right along that border — that that sounds like something that I could work with, in a fictional style.