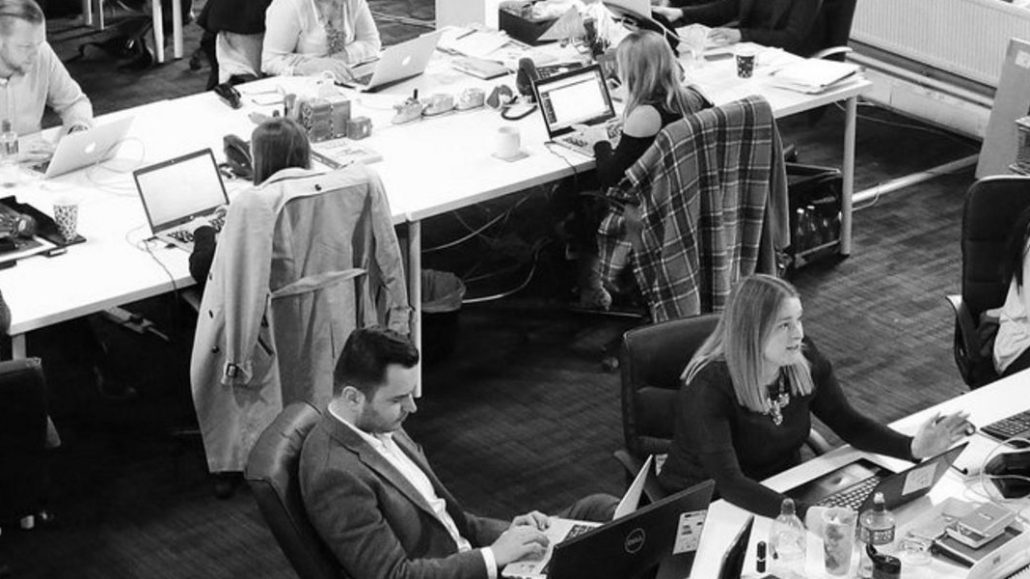 In the name of agility, big marketers are bringing down silos and encouraging collaboration across departments. The problem: Employees are now stuck in open-office floor plans they hate and cause them to resent their loud-talking neighbors more than want to collaborate with them.

Open-office floor plans have swept company headquarters as an outgrowth of Silicon Valley envy. Marketers started adopting the language of tech — you’ll hear about “scrums” and agile methodology — and the office norms. Cubicles were deemed creativity stiflers. But the results have been mixed, according to many marketers. The open workspaces were meant to increase collaboration across departments like data science, marketing and design. But the efforts to bring together different departments typically dwindle after the initial — symbolic and superficial — move to an open floor plan.

“We have a lot of issues with it — people hate it,” said the head of marketing at a U.S. brand. “They feel like they can’t get work done. Meanwhile, the CEO and higher-ups get to keep their privacy.”

“It looks like we work in a college library now. To me, it’s a big cultural issue,” she continued. “You can’t just put all these people who used to have offices into an open floor space and say, ‘Have fun! Collaborate!’ There has to be something else that changes with it, and that’s not the case here.”

“Changing the way a legacy corporation operates is like trying to steer the Titanic,” said Neil Kraft, the founder of the branding consultancy KraftWorks. “Oftentimes, big cultural shifts like this are adopted but only on the cosmetic level. You can’t move a desk and consider the collaboration juices are flowing.”

The open-office plan and the belief that it can change the way people work are not new, and neither are the subsequent complaints. In 2013, the Journal of Environmental Psychology surveyed 40,000 employees at 300 different companies, and found that noise and privacy loss were the biggest contributors to workplace dissatisfaction. But that doesn’t mean employees who haven’t yet experienced it are safe: One marketer working at a big corporation said the company is in the process of moving about 90 percent of its 1,600-person office out of private offices and into an open office.

“The amount of outrage is almost baffling, but it’s understandable,” said this marketer. “The silos aren’t going to go away because we now sit across from each other. We all have different thoughts about the way we should be working, and that’s not going to change because I can see your face now.”

Employees aren’t just being precious about their lost privacy. Some marketers said the move has resulted in increased micromanaging from directors who now overhear more discussions around process and decisions than they used to, and participate in conversations they don’t need to be involved in. It’s also driving more people to work from home.

“It hasn’t broken down silos — people in general have actually become more heads down, more territorial,” said another marketer who asked to remain anonymous. “Now, more people are working from home, so it’s driving a telecommuting culture. People don’t feel that they have the space to get work done or be efficient. So instead of working from home one day a week, it’s three days a week. It’s created more distance.”

At some offices, the real motives behind the open-office floor space — saving space and money — are apparent. One marketer said her team of 12 had eight desks in a new layout, with the assumption that on any given day, at least four people would work remotely.

“It’s basically a discouragement from working together as a team,” the employee said.

That’s not to say that every office reformatting is a failure. Edlynne Laryea, the global director of digital partnerships at Johnson & Johnson, said the digital team worked in pods over the past five weeks to encourage a sense of empowerment and decision-making in smaller groups. Each pod includes a platform expert and representatives from different parts of a digital campaign, including content creation and data analysis. These teams can make faster decisions, eliminating about a month or so of red tape.

“We made the effort to explain exactly why this shift was happening,” said Laryea. “The people who need to work together are sitting together, and they’re able to act on their own. That’s critical today.”