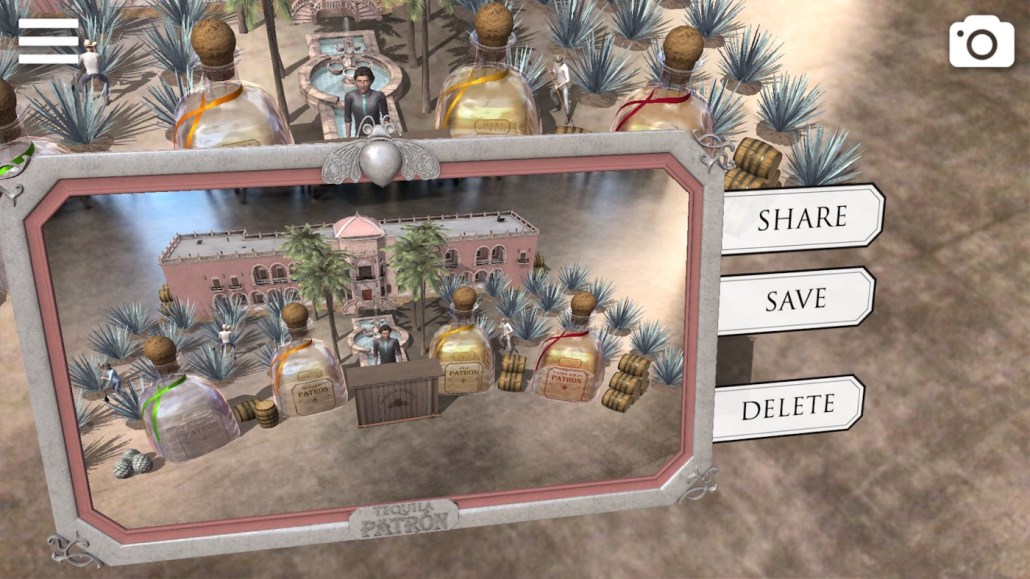 When Apple opened up ARKit to developers with the launch of iOS 11 in September, Patrón Tequila was one of the first brands to debut its own augmented reality app created with the technology. Now, Patrón has added the option to purchase to the experience. As of Dec. 14, users can order bottles of Patrón through The Patrón Experience AR app.

Originally, the purpose of the app was to intrigue users by educating them on the history and process of how Patrón makes tequila, not to be a sales channel. In the app, a virtual bartender at the company’s distillery in Mexico gives the history of the brand. But with more than 50,000 views and downloads, Patrón sees the app as a viable way to sell tequila, according to Adrian Parker, vp of marketing at Patrón.

Now, as soon as the in-app AR experience ends, users can tap a button to buy Patrón online, which redirects them to Patrón’s website, where they can have a bottle delivered and engraved for them from vendor ReserveBar. 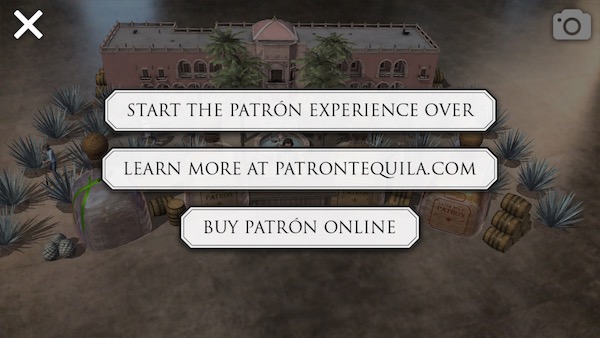 Patrón is not the first brand to introduce a purchase option to an app using Apple’s ARKit. In September, furniture brands like Ikea and Wayfair launched AR features with the option for users to add items to in-app shopping carts.

Patrón, however, wanted to test and learn from the technology before introducing the choice to purchase, said Parker. “The question we wanted to answer was whether introducing a way to buy would be positive from a consumer perspective,” he said. “When you’re entertaining someone, it can be taboo to interrupt with a message and say, ‘Hey, you can buy this now.’”

Parker said Patrón examined how customers were buying its tequila across all its other recent technological initiatives, including its voice-enabled Alexa skill that came out in June 2016 and artificial intelligence-driven chatbots on Facebook and Twitter, as well as purchase intent through its web and mobile sites.

What Patrón found was that users are buying. “We learned that purchase intent is still a very natural consumer behavior even if it’s on new technology,” said Parker, though he would not reveal how many people purchased tequila on those platforms. Another key finding was that on top of ordering tequila, a popular Amazon Alexa inquiry was about which bars and restaurants had Patrón on hand.

Taking this information into account, Patrón will also add the ability to buy its bottles through a new video cocktail tutorial on Amazon’s Echo Show. On Dec. 20, users will be able to ask the Amazon Echo Show how to craft 44 different cocktails using the tequila. With the Echo Show, users receive a link to purchase within the Amazon Alexa app if they select the option to buy a bottle.

Patrón will advertise both of these new abilities through its social channels and through email to the 400,000 members of Cocktail Lab, Patrón’s community of cocktail enthusiasts.

When it comes to AR, Patrón will have a lot of competition as consumers choose which AR apps they want taking up space on their smartphones. As platforms continue to roll out capabilities to developers, brands are racing to build the best experiences using them.

On Dec. 13, Facebook opened its AR Studio to all developers. On Dec. 14, Snapchat launched an augmented reality developer platform Lens Studio. Even Google is venturing into AR. On Dec. 11, Google added its first branded augmented reality stickers to the Pixel line in anticipation of the new Star Wars movie.

Global spending on AR and virtual reality is forecast at $17.8 billion in 2018, a 95 percent increase from $9.1 billion in 2017, according to a report from the International Data Corporation.