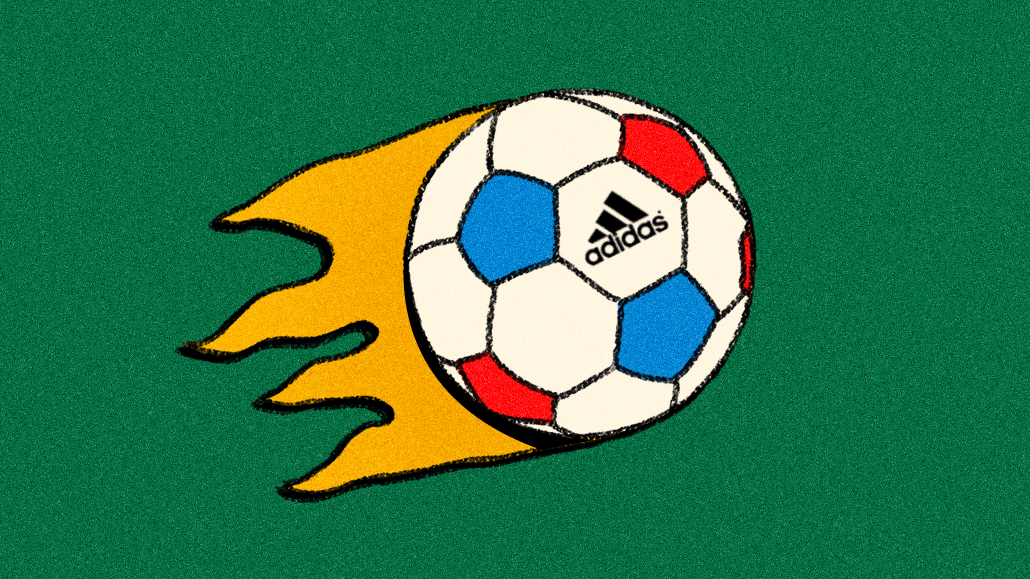 As more than a million soccer fans travel to Qatar during the FIFA World Cup, an array of brands and tech companies are hoping to score points far beyond the Middle East in various parts of the metaverse.

The month-long tournament, which begins this weekend, will be the first World Cup since it took place in Russia in 2018 long before “Web3” entered the global lexicon. Now, official and non-official sponsors are hoping to harness the hype with a range of NFTs, virtual worlds, augmented reality tools and other trendy tech as linear TV and traditional social media are on the decline.

The collaborations are nearly as diverse as the teams in the tournament. For example, in a new World Cup ad from Adidas, a Bored Ape Yacht Club NFT character appears with soccer stars Lionel Messi and Karim Benzema. Meanwhile, other brands like Visas, the crypto exchange Crypto.com and luxury Swiss watchmaker Hublot are helping fans make digital art or explore virtual stadiums as they experiment with new platforms as part of their Qatar 2022 marketing efforts.

When it comes to testing new tech, the World Cup might be a better bet than some other sports. According to Kantar’s survey of 29,500 soccer fans across 31 major global markets, soccer fans were more likely than the global average to seek out novel experiences, make friends via the internet and buy the latest tech. They also tended to have higher incomes, comprise a slightly younger audience, identify as early adopters and use streaming TV or video.

The integrations are signs that many brands are still open to exploring new tech to stand out from the matches during the month-long global event. Chris Ross, a marketing analyst at Gartner, said the amalgamation of factors and upheaval of social platforms like Twitter — often used during major events for advertising and organic content — is inspiring marketers to explore beyond their usual channels.

“There may be some appetite for marketers to experiment with some other channels as a result of what’s happening with Twitter,” Ross said. “Possibly just to experiment and take full advantage, but they may also be hedging their bets.”

Rather than just reach people with temporary videos and ads, other tech platforms are hoping to make new ways for fans to interact virtually and in real life. Upland, a virtual world platform that’s created to look like Earth, has partnered with FIFA to create NFT collections, organize digital and in-person watch parties around the world and show exclusive video highlights. Upland and FIFA have also created a replica of Qatar’s Lusail Stadium that’ll have branded villages, showrooms and shops.

According to Upland Co-Founder and Co-CEO Dirk Lueth, the goal is for Upland to give soccer fans “context to talk about” beyond scrolling through videos and text in traditional social media feeds. That includes talking about the game, digital items they buy and exploring parts of various virtual worlds. “I think that is the future of social networks: Offering this context where people are looking for it,” said Lueth.

Rather than creating NFTs and metaverses, the Gen Z-focused sports community platform Stadium Live wants to be a second-screen destination for fans to chat live during games. Until recently, the app — which has 150,000 monthly active users — focused on other sports. However, it recently received funding from soccer star Blaise Matuidi and is partnering with players Matuidi, Yohan Cabeye and Miralem Pjanić to create videos, make avatars and give away pixelated trademark items based on the French and Bosnian players.

“Brands are starting to recognize that their fan base isn’t as susceptible to more traditional marketing as they used to be,” said Mathieu Bilodeau, marketing manager for Stadium Live. “This is one of the first World Cups since Fortnight has become big. A lot of these brands are recognizing that sports fans can be fans of music, sports fans can be fans of art, fans of fashion, fans of gaming especially—those two verticals are extremely aligned.”

Gaming companies are developing ways to be a part of the World Cup, too. FIFA recently inked a multi-year partnership with Roblox. Nike is partnering with the car-soccer game “Rocket League” and Activision is teaming up with Brazil’s Neymar Jr, France’s Paul Pogba and Argentina’s Lionel Messi to let “Call of Duty” players look like the soccer stars inside of the popular first-person shooter.

Augmented reality will also play a role this year. On Wednesday, Snap Inc. announced an array of AR features for Snapchatters during the World Cup. Along with new global AR lenses for a number of national teams, Snap is also using the tournament to debut its new “live garment transfer” tech with Adidas to let people virtually try on jerseys to see how they look on users based on their body type. World Cup partners also include Peacock — which will let users keep track of stats and use other visual and audio AR lenses — along with Chevrolet and Samsung. (Snapchat also developed a new interactive AR soccer game specifically for users in the Middle East.)

The World Cup is also a way for Snap to market itself in one of the first major events since it announced a major restructuring in September that put AR as one of three key areas of focus.

“The World Cup and the Olympics are the two biggest global events,” said Clayton Peters, Snap’s U.S. head of verticals. “So it lets us bring a total global community into some of these new products, get feedback and immediately understand how things are working. Not just in one or two key markets, but for a truly global world with 32 teams competing and billions of eyeballs interested in the sport.”