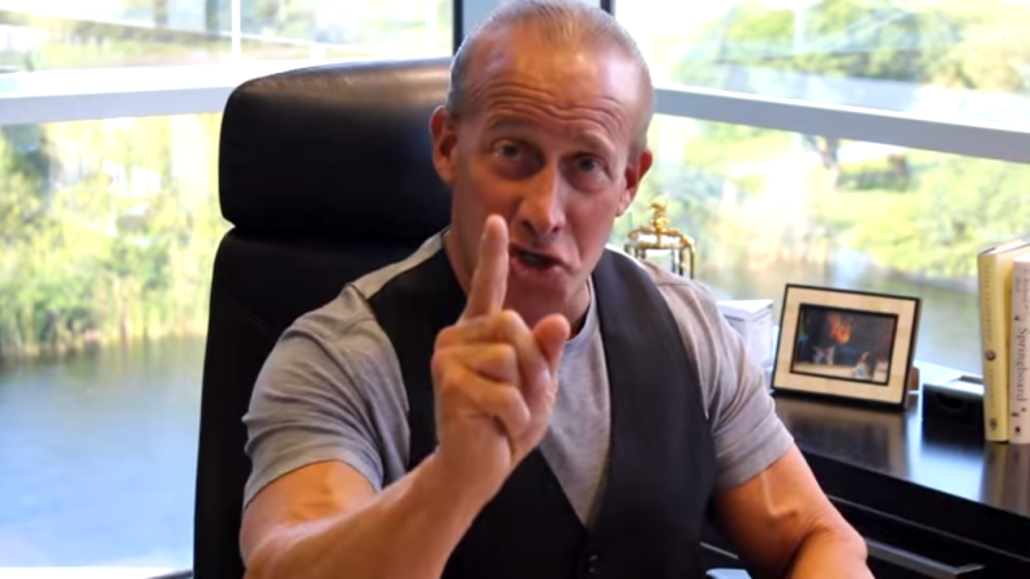 Zimmerman Advertising’s Jordan Zimmerman posted a video last week announcing a contest for a trip to Ft. Lauderdale to meet with Zimmerman himself and talk about his success and how to be successful, like Zimmerman. This is timed perfectly to celebrate the release of Zimmerman’s new book “Leading Fearlessly,” which, according to Zimmerman, is full of advice to follow about leading, fearlessly.

“I only wish I had the opportunity to learn from someone like me,” Zimmerman says of himself.

To enter, participants must share a video on Twitter, Vine, Facebook or Instagram that demonstrates their passion, drive and worthiness of meeting the man himself. According to the rules, here’s what Zimmerman says he will be looking for:

Perhaps unsurprisingly, the video was not met neutrally. It served as a healthy dose of ironic inspiration for a not a few parodies. For example, MeetWatson.com stars a dog named Watson who flatly asks viewers to help him celebrate his new leash by taking him for a walk. “You can feed me,” says Watson. “You can ask me anything you want, and I will listen, unless I see a squirrel, an iguana or something.”

Watson comes to us courtesy of AgencyTen, formerly known as AgencyNet, which directs visitors to the Broward County Humane Society, though the two don’t appear to be officially connected in any way.

And then there’s this video celebrating “Fearless Leadershipism,” a cheeky riff on Zimmerman’s book title. Here, writer and all-around funny lady Christina Honan reprises Zimmerman, or at least a downscale, less-successful version of him:

“I have arms, and an arm chair, and I need to eat lunch,” she says. “You can ask me anything you want, or you don’t have to talk.”

Not everyone took the contest for a joke, however. Far from it. As it turns out, one of the very first contestants hit just about the exact levels of passion, energy and creativity Zimmerman was looking for. Which suggests Zimmerman might know his audience fairly well after all: