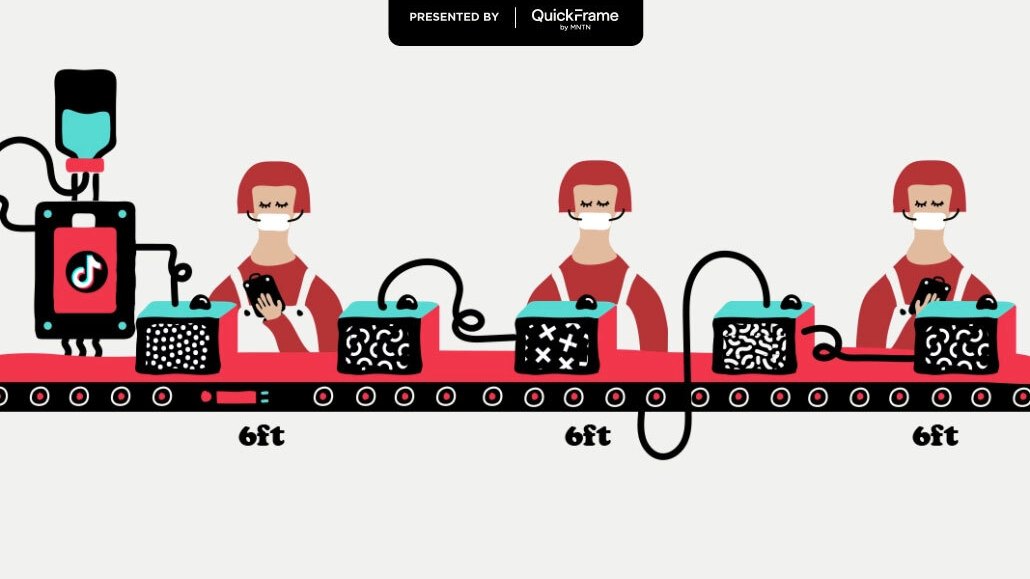 Northwestern Mutual, a 166-year-old financial services company, is using TikTok for the first time by participating in trends and challenges as well as using influencers to boost brand awareness with millennials and Gen Z. The legacy brand wants to reach TikTok’s financial planning communities to keep Northwestern Mutual on younger generations’ minds as they reach a financial planning age.

The company’s strategy comes at an interesting time as Gen Z turns to TikTok — over Google — as a search network and educational tool, as reported by The New York Times.

“We want to make sure that we’re meeting our customers where they are, no matter how their own viewing habits evolve,” said Whitney Magnuson, senior director of social marketing at Northwestern Mutual.

TikTok is mostly an experimental channel for Northwestern Mutual as the legacy brand is looking for new ways to get in front of a younger and increasingly advertising adverse audience. Meaning social media and other digital marketing channels have become of greater importance to the brand, per Magnuson, who declined to provide details about Northwestern Mutual’s media spend.

“Linear TV has been a big part of Northwestern Mutual’s advertising channel mix for a long time,” Magnuson said. “But one thing that we’ve noticed … is that millennials, especially younger millennials, are getting harder and harder to reach via those linear TV placements.”

On TikTok, #fintok, which is a hashtag dedicated to financial planning and advice, has more than 2.1 billion views. It suggests the next generation has already started planning for their financial future — which is where Northwestern Mutual sees an opening for its nearly 5,000 TikTok followers.

As the brand builds its TikTok viewership, including one video that racked up 50,000 views, Northwestern Mutual is starting to test paid efforts, mostly with influencer marketing. Magnuson did not provide further details.

This year, Northwestern Mutual spent just shy of $7 million on digital advertising efforts, up from the $5.4 million spent in 2021, according to Pathmatics. Per Kantar, the financial services brand this year shelled out more than $27 million, significantly down from the $41 million spent the year before. (Kantar figures do not include social and digital spend as Pathmatics figures do.)

Aside from TikTok, Northwestern Mutual is also currently advertising across linear television, digital and other social channels, though execs did not break down the spend more specifically.

Seemingly, marketers can’t get enough of TikTok and its reported 750 million monthly users worldwide even through “geopolitical tensions, privacy issues, internal strains and worrisome content,” as previously reported by Digiday.

TikTok users can expect to see more legacy brands on the platform as companies like Delta, Microsoft, The Washington Post and even the Empire State Building have forged initial paths there, according to Michaela Wilkins, associate community engagement strategist at Dagger agency.

One major indication of this, per Wilkins, is the number of legacy brands like Regions Bank or Bank of America, which have verified pages on TikTok with no content, “which implies TikTok is part of their long-term strategy.”