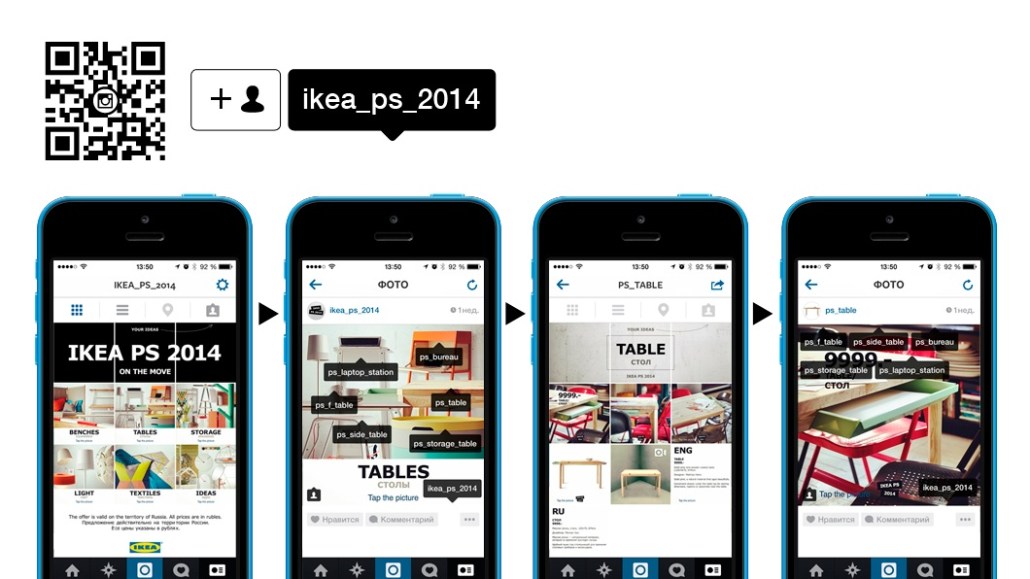 Who would have thought Instagram could be the new playground for marketing innovation rather than a haven for shameless selfie self-promotion? But innovate is exactly what Russian ad agency Instinct did to promote Swedish furniture giant Ikea’s new collection, by launching a fully functional, interlinked website on Instagram.

The Instagram account ikea_ps_2014 functions just like a regular website. It has 12 image tabs displaying the different product categories, like a virtual catalog. Clicking on a category leads to the items within the category (34 in total), all of which have their own Instagram accounts. The tagging feature on the app has been used to enable easy navigation and involvement from their users.

“We wanted to create something really cool. And then we noticed similarities between Instagram tags and website links. And then IKEA PS Collection 2014 was introduced,” said Instinct creative director Nikolay Fabrika. Instinct had been successful on the platform before, with the Play Russian Nike Sochi Olympics campaign — where people shared crazy winter sports photos and videos with the hashtag #playrussian.

The IKEA PS 2014 collection, which launched in April, was created by 14 young designers from around the world and is targeting a young, urban crowd. The campaign is by its nature mobile-first, embodying the tagline, “always on the move.” A promotional video encourages users to “get inspired” and share their interior design ideas by taking pictures of products from the PS line and tagging them.

“We will use these photos to promote the collection even further,” Fabrika said of his five-person team. They plan to expand the campaign by putting stickers on the products in the PS line to encourage shopper engagement.

While it has only been launched in Russia so far, the Insight team sees it going global. The initial numbers are encouraging, with the account having garnered more than 12,000 followers since the promotion started on June 21.