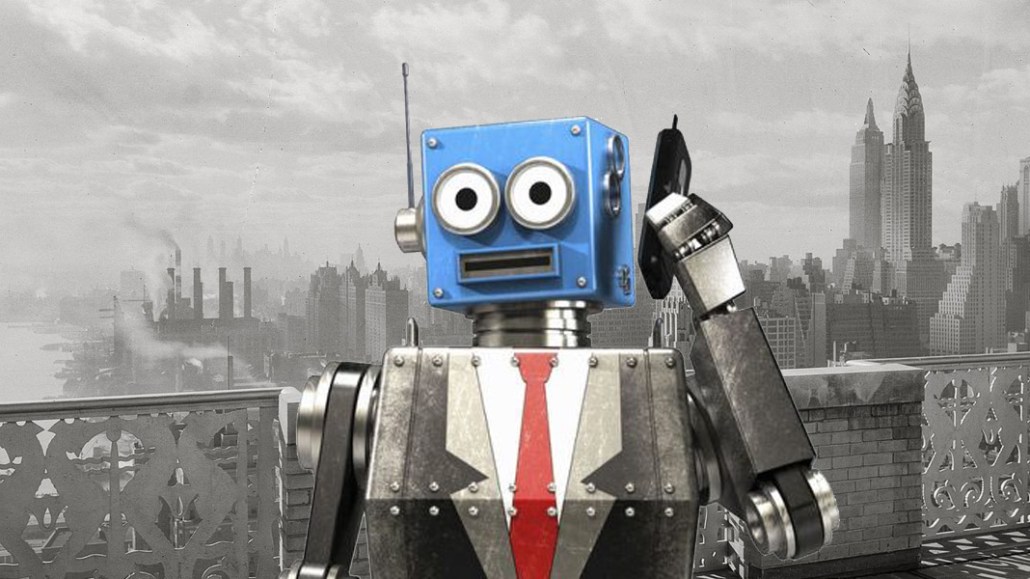 There has been a lot of buzz around artificial intelligence, which uses logic to mimic the human brain. In the advertising space, many shops have created an AI or a cognitive technology division. But for the time being, AI’s real impact on various marketing fields seems to be limited.

People often use the term AI interchangeably with machine learning, but they are different. AI is the broad concept of teaching machines with data to do things in an efficient way, while machine learning is the technique — using algorithms to process data, learn from insights and make predictions — that trains AI, according to agency executives. Machine learning is typically considered as a subset of AI, they said.

At the moment, the application of AI in advertising and marketing is mostly machine learning. On a scale from one to five (where five represents the most influence), we asked agency executives to rate AI’s impact across ad creative, e-commerce, data analytics and media buying. Overall, they don’t think that AI will take over marketers’ jobs anytime soon — instead, AI is just a tool that lets them work more efficiently.

“If automation matures, we will embrace it — we will not use it to replace our workforce,” said Dave Meeker, vp of Isobar’s U.S. operations.

Data analytics is the backbone of machine learning and AI. A simple use case of machine learning could be detecting fraudulent ad impressions based on data sets like click-through rate and where ads show up, according to Meeker. “There was so much data that it was impossible for a human to read it,” he said.

Jason Carmel, global chief data officer for Possible, said his team of 75 data analysts often run regression analysis and natural language processing to contextualize people’s conversations on social media. For instance, if a person writes “nostalgia,” the machine is trained to understand that “nostalgia” is a “blended emotion” of joy and sadness.

“We have a range of 52 blended emotions, and we built a way for the machine to recognize those emotions,” Carmel said. He added that his team is also testing an algorithm to understand how people shop online — figuring out why a customer who purchased school supplies also bought a blender, for example.

“The impact of AI will be huge, but we are so early on right now,” he said.

AI is infiltrating ad tech. AI has a big impact on media buying because of its ad targeting capabilities. AI enables advertisers to understand the data of an individual at a granular level and identify if a person is interested in a brand’s products based on individual information from the likes of comScore, Google and Microsoft; geolocation data; and purchase data, according to Josh Sutton, global head of data and AI for Publicis.Sapient.

“When you use machine learning to stitch those data points together, you can create a fairly accurate profile of an individual. No single data source can provide that,” said Sutton. “We are still at the early days, though.”

Sutton added that AI also allows advertisers to run dynamic creative, testing different ad copy or formats in seconds, as opposed to traditional A/B testing that takes at least weeks. But he doesn’t think that AI will replace data analysts over the next five years.

Minicola believes that conversational technology plays a pivotal role in AI. She said her team is helping brands amass their first- and third-party data, combining that with machine learning algorithms and cognitive technology to create a digital assistant framework that can be used for customer care or as part of a product. For instance, many brands have developed chatbots.

Some agencies started using AI to create ad creative. For instance, in an ad campaign for Toyota this summer, Saatchi & Saatchi Los Angeles wrote 50 scripts and then used them to train IBM Watson so the robot could write thousands of versions of ad copy. But agency executives interviewed for this article think that such applications of AI in creative are more of a public relations stunt than anything else because AI is not yet mature enough to replace a human creative.

“The question is, can I make AI that writes a song? The answer is yes, you can. But can AI write a song that you and I will like? The answer is no,” said Meeker. “AI is good at reading text-based articles, but when it comes to more complicated things like using AI to direct a film, there were agency attempts to do so, but they didn’t work well.”

Carmel echoed Meeker’s sentiment. Carmel believes that from a creative perspective, any type of AI has to be supervised by a real creative. “If that’s the case, the creative can just do the work by themselves,” he said.