‘Full products and brands’: How the merch-ization of beauty is being shaped by celebs, venture capital 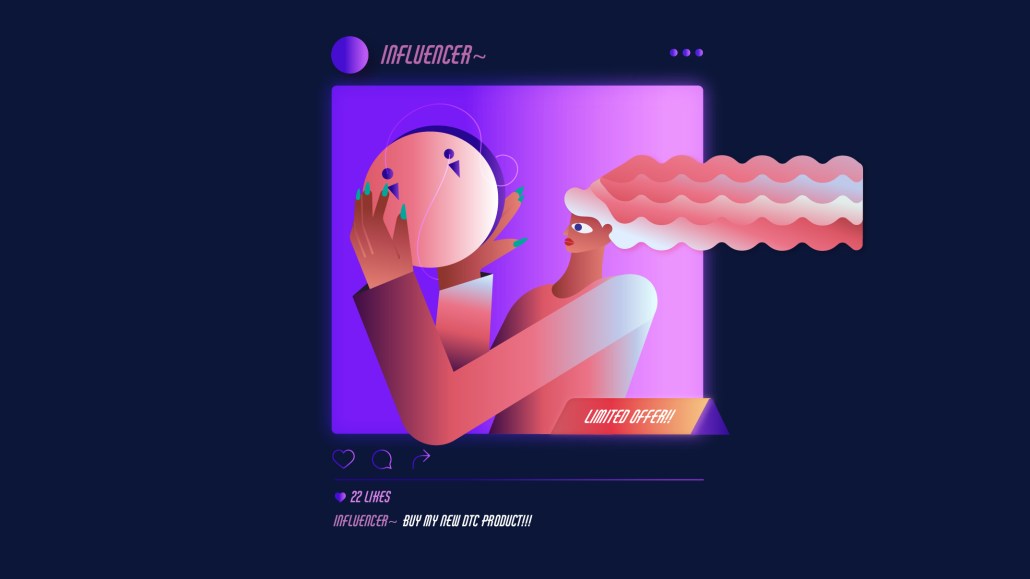 Jennifer Lopez, Prince, Game of Thrones, Pharrell, Hello Kitty, Lady Gaga, Harry Potter, Halsey, Baby Yoda, Friends, the Muppets, Selena Gomez, Ariana Grande — no matter who or what someone is a fan of, they can likely find a beauty brand or collab for it today.

Over the past year, makeup and skin-care collabs and brands have been launching practically every week for anyone (or anything) with a following. The power of social media and devoted fandom have been coupled with easier-than-ever means of lining up distributors, giving an ever-lengthening list of creators, agencies, and even film and television studios an opportunity to turn beauty products into a new sub-category of celebrity merchandise.

“The way that we approach it is more as a collectible. And we want it to be an experience for the fan,” said Jeff Sellinger, the co-founder and CEO of collab-focused makeup startup HipDot. Enthusiastic fan groups have led it to launch makeup collabs in the past year with singer Kesha, the movie Clueless and the band My Chemical Romance, to name a few. “A lot of people order multiples because they don’t want to open it up; they want to have one that they keep that pristine.”

For traditional beauty giants, that means competition not just from startups with disruptive branding, but a growing number of influencer, celebrity and collab-focused brands with a built-in fan base at launch. As these labels fill the shelves of Sephora and other retailers, established beauty brands have been adapting with increasingly creative collabs to stay relevant. For buzzy new brands with collab-reliant business models or famous founders, the key has been to position themselves as more than just merch — instead of the next viral gift, these startups are hoping to create the next Fenty Beauty.

“Merch as we used to know it, I would say, seven years ago, was logos on t-shirts,” said Ronak Trivedi, the co-founder and CEO of Pietra, a platform that helps celebrities and influencers develop their own product lines. With the rise of social media, “traditional merch” has evolved to “full products and brands,” he said.

An Uber alum, Trivedi co-founded Pietra in 2019 to offer a centralized online platform where users can link up with service providers including suppliers, warehouses, e-commerce facilitators and designers to launch their brand. Pricing varies by service: for sourcing and product development, Pietra takes a 10% fee for each sample, while product assembly and warehousing costs $99 for up to 500 units. The company also operates its own e-commerce marketplace where creators can sell their brands, collecting a fee of 5% plus $1 on each purchase. Backed by VC heavyweights including Founders Fund, Andreessen Horowitz, TQ Ventures and Abstract Ventures, as well as celebrities such as Will Smith, the company is valued at $75 million.

The platform is gearing up for a major influx of celebrity and influencer brands, as it announced on August 23 a deal with United Talent Agency for a $500,000 fund to create more brands with the agency’s talent. The platform and agency will focus exclusively on talent represented by UTA, funding all aspects of the brand launch process. Creators chosen for the funding will not necessarily be those with the highest follower count, but rather those chosen for “authenticity,” demographics and location, said Trivedi. With regard to where funds will be allocated, “we don’t we don’t have a set constraint” on categories, he said.

Beauty is currently Pietra’s second most popular category after fashion, and makes up between 25-30% of brands created through the platform, according to Trivedi.

The value of an automatic follower base or fan group has also spurred the collab-focused models of fast-growing beauty startups such as Morphe, ColourPop, HipDot and Revolution in the last half-decade. In addition to leaning into influencer collabs, these brands have also discovered the value of collaborating with any entertainment franchises driving a demand for merch, whether they be musical artists, movies, TV shows or fictional characters.

For five-year-old HipDot, collabs “play a larger role in our business” than core products, said Sellinger.

“We do these for the fans,” said HipDot co-founder and CEO Jeff Sellinger of the brand’sregular beauty collabs. It has been increasing its number of collabs every year: in 2019, it launched 3, which doubled to 6 in 2020 and is already at 5 this year with more planned. HipDot involves fans in product artwork and social media content to promote the products.

This business model has proven lucrative for brands. British e-tailer Beauty Bay, for example, sees sales uplifts across its site when it launches successful collaborations. Its May 2021 collaboration with beauty influencer Ayo Coralie not only sold out in 47 minutes, but drove an overall 43% lift in sales of its private-label brand By Beauty Bay. It drove increases on other brands, as well — SUVA saw 84% growth as a result.

Collabs “continue to be an important sales driver for us” and “create an almost viral excitement at launch which in turn expands the reach of Beauty Bay,” said the company’s joint CEO Dave Gabbie via email.

For traditional conglomerate beauty brands, that has meant the celebrity spokesperson model is no longer enough. Startup-inspired collabs have especially picked up within the last two years among established brands. NYX Professional Makeup, for example, has launched multiple collabs over this time period with TV shows, musicians and other entertainment brands.

“​​Partnering with a TV show, we are able to build off of the storyline to develop products that fit the themes and characters of a series, and there’s also a devoted fan following that comes along with that,” said NYX Professional Makeup global president Yann Joffredo via email.

“We go deep into the superfan communities” for marketing the collabs, said Joffredo, who said that these fans “definitely see the collabs as merch.” Like HipDot, the brand also sees double-purchases of products, which then become collector’s items: a January 2020 collab with the Netflix show “Chilling Adventures of Sabrina” sold out within a few hours, and was later sold on eBay at four times the original price. On August 28, the brand released its latest collab with the Netflix show “Sex Education.”

While fans and followers can drive hype and buying frenzies, the goal for both collab-centered startups and influencer or celebrity brands is to be taken seriously for high-performance products.

“Traditionally, you may have seen more traditional merch, or licensed products where quality hasn’t always been the most important thing,” said Sellinger. The importance of securing positive online reviews from beauty influencers and online enthusiasts has changed that. HipDot, for example, focuses on marketing language that products are clean and vegan with no talc, parabens or mineral oils.

This is especially important for celebrities or beauty influencers launching their own brand or collab with a focus on products intended for actual use. Rather than making it seem like they’re just profiting off a licensing deal, “the creator has to design it; they have to use it,” said Trivedi.

As for the next several years, more standalone brands are on the horizon.

“Now that these barriers are broken down, I think that we are about to see a massive shift in consumer retail culture to be creator-led brands, when creators start realizing that they are renting out their audience to these bigger brands,” said Trivedi.

This story has been updated. An earlier version said United Talent Agency had invested $500 million with Pietra to create new items. It invested $500,000.