Chinese agencies are expanding to the US 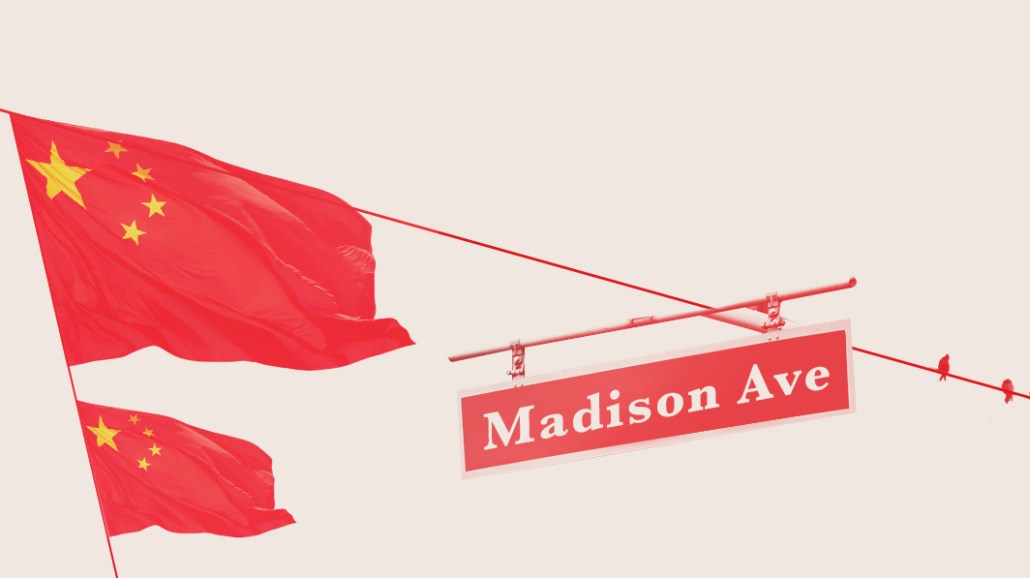 When Beijing-based independent digital shop Hylink opened an office last year in Santa Monica, California, Michael Horvitz joined the shop as its director of strategic partnerships in sports and entertainment, the seventh employee in that office. Although Horvitz has never lived in China, he has U.S. agency experience that could help Hylink, whose clients include General Mills and Procter & Gamble, set foot in the U.S. market.

“Hylink was looking for people with American media and agency experience to serve as a conduit to communicate with U.S. clients,” said Horvitz. “I had little experience in the Chinese market — it is a deep learning curve for me.”

He said that different from its American peers, Hylink helps U.S. brands like San Francisco Travel Association and Brand USA buy media only from the likes of Baidu, Alibaba and Tencent in China — it doesn’t buy any media in the U.S.

Horvitz’s experience illustrates how Chinese agencies are expanding to the U.S., where brands, agencies and tech companies are becoming increasingly interested China’s digital marketing landscape, partly due to the growing influence of Alibaba and Tencent-owned WeChat. In response, a few Chinese shops like Hylink have opened offices recently in cities like New York and Los Angeles that have a surge of content production, relocating employees from China and hiring local at the same time. Of course, their China expertise is a competitive edge over U.S. agencies.

In September of last year, Denise Sabet, managing director of Shanghai-based brand consultancy Labbrand moved to New York to build the shop’s first U.S. office, a team of four. Labbrand established a U.S. presence because its Chinese clients are expanding globally, and at the same time, a growing number of brands in the U.S. are looking to enter the Chinese market, Sabet said. One major service Labbrand offers is naming. The agency has created Chinese names for many Western brands, including Marvel, Booking.com and, this year, Airbnb.

“We opened Singapore and New York offices last fall, so clients don’t need to stay late and can work in their own time zone,” said Sabet. “Meanwhile, as Chinese brands are becoming more international, we are doing projects for them in Southeast Asia, Europe and the U.S.”

Sabet believes the digital space moves fast and is highly fragmented in China, so if her team can manage the speed there, it can work with clients elsewhere. “China is a testing ground for ideas to expand internationally,” she said. “You can’t limit to the U.S. to learn things — you need to have a global perspective.”

While shops like Hylink and Labbrand rely on organic growth in the U.S., BlueFocus Communications Group, the biggest agency network in China, has expanded globally mainly through mergers and acquisitions, just like WPP. BlueFocus acquired U.K.-based social agency We Are Social and U.S. design firm Fuseproject a few years ago. This April, its chief operating officer Jian Xiong reportedly said in a company meeting that BlueFocus aims to generate 60 billion yuan (around $9 billion) in revenue by 2020, half of which it wants to come from its overseas business.

International business represented around 38 percent of BlueFocus’s overall revenue last year, and the company is looking to buy more companies in the U.S. this year, according to Xiong.

Developing an agency business outside of China is not easy, though. Sabet thinks that as her New York City team grows, building an agency culture on its own could be hard, while Horvitz said that although Hylink is a well-established agency in China, its brand awareness is not high in the U.S.

Despite this challenge, Hylink, which now has 40 employees, is hiring more account managers, graphic designers and user-experience developers at its Santa Monica office, and it plans to open another office in New York in early 2018, Horvitz said.

“We are also looking to acquire advertising tech companies in programmatic and artificial intelligence,” he said. “In terms of a potential buy of another U.S. advertising agency, that’s not our business model.”