Brands, often awkwardly, got in on U.S. World Cup fever 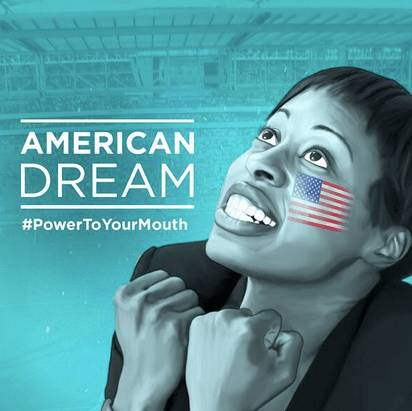 We may still call it soccer, but the United States appears to finally be falling for the world’s most popular sport. A feisty national team doesn’t hurt. Yesterday’s U.S.-Portugal game — OK, match — was a rollercoaster ride for fans, with an early deficit erased and then followed by a thrilling go-ahead goal, only to have a gut punch in the final minute with an equalizer by Portugal. Brands came along for the ride.

Not all brands were bummed by Portugal’s early goal.

@VW not a great way to sell cars in the USA

Still, many got excited when the U.S. came back.

Count on Charmin to find a new angle, taking advantage of excitement after Clint “Deuce” Dempsey’s goal that put the U.S. up 2-1.

A win today against a weakened Portugal side could send the USA into the next round. Somebody pinch us. #WorldCup pic.twitter.com/B6IlaAqnyU

Oh dear. Hamburger Helper had no assistance on offer after Portugal’s tying goal in the last minute of extra time.

Wait, Listerine, I thought you were on our side — and what’s with the spelling? Traitor.

#USA thought they were advancing, but that last-second equaliser from #POR means they’ll have to wait. #WorldCup pic.twitter.com/5G1fpRXTgy

McDonald’s looked on the bright side — and get in a product plug along the way.

Chips Ahoy saw an opportunity for an Oreo moment — and promptly flubbed it like U.S. defenseman Geoff Cameron’s clearing kick that gave Portugal its first goal.

There’s only one way to end such a close game: Sharing a cookie across teams.

Well, at least we might get free pizza for the deciding game versus Germany.

The #USA scored twice. To celebrate, check back tomorrow for another special promo! #BetterFutbol