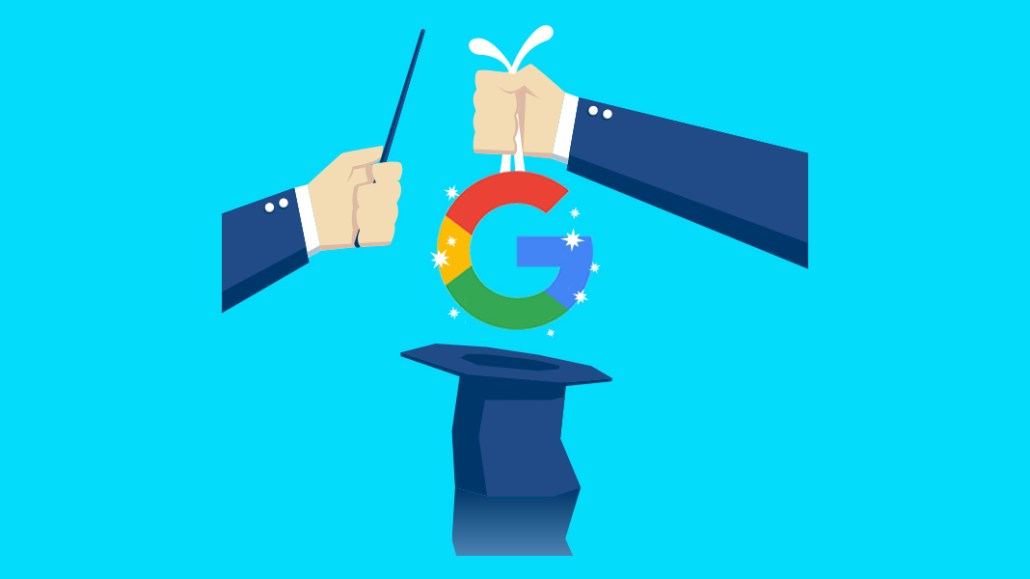 Update: An earlier version of this article stated that there were 10 states in the U.S. involved in an antitrust lawsuit against Google, whereas its actually 14 as more were added. We have therefore amended the article to reflect this.

If advertisers and publishers are rattled by the latest allegations against Google then they’re not showing it.

The company has allegedly been secretly manipulating the outcome of programmatic auctions for its own benefit, per newly un-redacted court papers filed at the Southern District of New York. And yet there seems to be very little outrage at the moment. Trade bodies are quiet while industry insiders shrug as if to say “what did you expect.” They’ve long accepted the harsh truths of online advertising in the platform era. The latest allegations are a stark reminder.

“When you read through the complaint you find yourself nodding because it definitely feels accurate from an industry insider perspective,” said Wayne Blodwell, CEO at The Programmatic Advisory. “I think most industry folk would say that Google isn’t the most forthcoming company when it comes to transparency, we’re starting to see why.”

The court filings, un-redacted late last week as  part of a lawsuit from 14 states against Google, reveal previously unreleased information. The suit challenges whether the tech giant has abused its power as the biggest broker of digital ad sales across the web.

The documents detail allegations the states made against Google in their call for a jury trial. Some of the allegations already seem broad, according to the seven ad execs interviewed for this article. One example execs disagreed with is the suit’s claim that Google deceived users to get their data to fuel its own ads business. Other allegations, however, breathed new life into their suspicions. None more so than Google’s position on header bidding.

“While dynamite, the leaks don’t tell us anything we didn’t already suspect,” said Rob Webster, chief strategy officer at media consultancy Canton. “The most damaging part of it all is that it shows how far Google will go to keep control. As the leaks highlight, header bidding was seen as a threat to Google’s ability to control digital ad spend.”

Frustrated by Google’s dominance over programmatic auctions, its rivals came up with a workaround — header bidding. It was a way for publishers in 2015 to pit ad exchanges against each other in real time to get the best price for their ads. This way there would be less of a reason for publishers to use Google’s ad tech to sell their ad space to advertisers.

Doing so would mean publishers wouldn’t have to give Google a share of the spoils, which could be between 19 to 22% of a winning bid or double what other exchanges charge, per the documents. While these fees are high, they’re not that much higher than what other ad tech vendors charge. Still, many publishers bought into header bidding as a way to dodge those higher fees, make more money while also sticking it to Google. By 2016, header bidding was adopted by 70% of major US online publishers, according to the documents.

For a time, the outlook looked good for header bidding. Even Google seemed to be OK with it. Behind the scenes, however, Google saw its emergence as an “existential threat,” per a note from an internal presentation revealed in the currency batch of un-redacted documents. Not only did header bidding let publishers circumvent Google’s ad exchange fees, it also stunted the data it saw from managing programmatic auctions. In fact, a Google exec described finding a workaround to header bidding as the “holy grail” according to the documents. And the company eventually found it, per the allegations. It found a way to make Google’s own exchange win even when another exchange submitted a higher bid through an initiative codenamed “Jedi” per the documents. The public name for it was Open Bidding, and it was pitched like an alternative to header bidding. The reality, however, was that Google wanted it to replace header bidding entirely. So much so that it was allegedly more concerned with how many publishers stopped using header bidding than necessarily how much money it made, per the allegations.  In Google’s words taken from the un-redacted documents, the Jedi program “generates suboptimal yields for publishers and serious risks of negative media coverage if exposed externally.”

The plan to do this was wide ranging based on the documents. Even Google’s Accelerated Mobile Pages were part of it. The lawsuit accused Google of intentionally slowing down the load time of non-AMP ads. Not only did this give Google AMP pages a competitive advantage over other pages with ads on, it slowed down header bidding. In turn, Google could use those delays to undermine the performance of header bidding for being too slow.

But Google’s plan didn’t stop there — if the documents are to be believed. It took on another dimension once Google found out Facebook planned to back header bidding back in March 2017.

The social network suspected Google was secretly using data on programmatic auctions to shore up its own ads business and so planned to use header bidding through its own ad marketplace called “Facebook Audience Network.” The move put Google on alert. Indeed, one Google executive said in 2017 that preventing Facebook from supporting header bidding was a top priority for the company. Eventually, the two companies struck a deal. Allegedly, the two agreed on how often Facebook would win the 43 billion auctions Google ran for publishers’ mobile app advertising inventory each month in the U.S. at the time. It also allowed Facebook to buy impressions from Google at a fee that could be between 5 and 10% lower than other bidders in the same auction. Discounts aside, Google agreed to give Facebook intel on what impressions to bid for and those to avoid. If true, it means Google manipulated aspects of programmatic auctions to help Facebook win more of them. This has a number of implications:

These points are even more concerning given the changes Google plans to make to how people are tracked in its Chrome browser.

“If it [Google] follows this pattern of behavior it will mean that it further gains control increasing its anti-competitive position and further damage publishers and independent ad tech,” said Webster.

Publishers or advertisers probably didn’t need another reminder of how they’ve allowed themselves to be at the mercy of Google and Facebook. And yet these latest allegations ram home how powerless these companies actually are.

The revelations are not surprising, really, and they emphasize the need for further regulation [and] enforcement of antitrust issues.
a commercial director at a publisher in Europe

Among those allegations are that Google has an internal team called gTrade dedicated to keeping Google’s thumb on the scales in programmatic auctions. It came up with a process, nicknamed Project Bernanke after former Fed Chair Ben Bernanke, that allegedly allowed it to use information about what impressions advertisers have bid on to help them beat competitors in auctions using its technology. The states gave an example of Bernanke: a doctor uses Google Adwords to bid $10 for a USA Today ad targeted to a particular person. Ford uses a rival’s ad buying tool to bid $12 for the same impression. Both are sent to Google’s exchange. Normally Ford would win because it bid more for the impression. But Project Bernanke manipulates the doctor’s bid to ensure that it wins in Google’s exchange, so that the company gets both the fee for using the exchange and the fee for using its ad buying tool. Doing so boosted Google’s ad buying tool wins by more than 20%, leading to $230 million annual increase in revenue, the states allege.

Again, the news won’t come as a surprise to all marketers. Some have grown suspicious after their own attempts to understand how Google’s positions as a seller, broker and buyer in online advertising impacted how it ran online auctions. Unlike other ad tech vendors, Google rarely shares data on the impressions it sells. The recent allegations go some way to explaining why this might be the case. Nevertheless, it’s unlikely marketers will make any drastic moves in response. Not when Google’s vantage point over auctions means it can keep prices down for advertisers and outperform other marketplaces. Put another way: In a display world where being the least-worst choice amongst alternatives is the best place to be, Google has always been seen as the safe answer at the ready.

Tom Triscari, a programmatic economist at consulting firm Lemonade Projects, expanded on the point: Now, that more than enough advertisers have bought into Google’s ad game, they can now never leave the table because they fear they’ll lose things that are not that real like share of voice. The opening scene of Macbeth is fitting for this: “Fair is foul and foul is fair, hover through the fog and filthy [ad tech] air’.”

For its part, Google has branded the allegations as misleading. A spokesman for the company said: “Just because Attorney General Paxton asserts something doesn’t make it true. This lawsuit is riddled with inaccuracies. In reality, our advertising technologies help websites and apps fund their content, and enable small businesses to reach customers around the world. There is vigorous competition in online advertising, which has reduced ad tech fees, and expanded options for publishers and advertisers. We will strongly defend ourselves from his baseless claims in court.”

It’s a lot to digest for publishers, arguably more so than advertisers, given their reliance on Google. As one commercial director at a publisher in Europe explained on condition of anonymity: “The revelations are not surprising, really, and they emphasize the need for further regulation/enforcement of antitrust issues. However, we need to court to decide. Any idea how it will reflect on current CMA or European Union probes into Google?”