‘A big battery in my back’: Why Junae Brown calls herself the Beyoncé of marketing 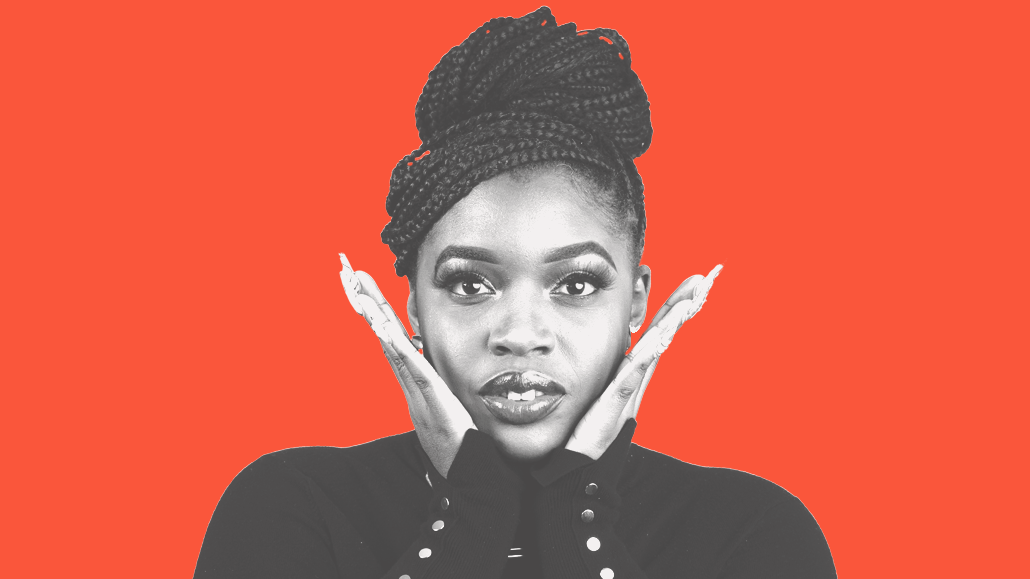 Historically, Black shoppers have created trends in beauty, fashion and more, driving a portion of the retail marketplace And that influence is only expected to grow, as that buying power is projected to reach $1.8 trillion by 2024, according to Nielsen.

Over the last two years, brands and advertisers have been hyper focused on catering to Black shoppers, looking to be more inclusive and make good on the promises made after the murder of George Floyd in 2020. That’s where Junae Brown, founder of Browned 2 Perfection marketing agency comes in.

Brown is a 30-year-old, New York City native who now resides in Atlanta. She has more than a decade of marketing experience, having worked at Sony Music Entertainment and has been dubbed the industry’s Beyoncé of marketing. She founded her agency six years ago to provide resources to creatives, especially minorities, women and those in underserved communities. She said she realized these communities had the plan, they just needed the platform. In an industry dominated by straight, white men, Brown made it her mission to provide said platform. Currently, Browned 2 Perfection is working with Procter and Gamble, South Africa on a campaign in partnership with a South African owned startup app called Dropd.

“It’s a big opportunity, obviously, for us as an agency to really break all the way into the Fortune 500 space and internationally,” Brown said. “That’s a big battery in my back. I’m ready to take off like a rocket ship.”

Digiday caught up with Brown about her experience as a Black agency founder and what it means to create a seat at the proverbial table for marginalized people post-2020’s social justice movement.

You go by the Beyoncé of marketing? Why? What does that mean?

I truly believe that Beyoncé is not just an incredible human being, philanthropist and artist, but she’s now an adjective. She’s synonymous with excellence. She’s synonymous with authenticity, hard work. She plays by her own rules and she earned that. I don’t know if a lot of people can say the same or work themselves into that position, but that’s what I started to do. Our company is not just Black-owned, but Black operated. All of our staff is Black and have been for six years–Black and brown people, primarily women. Black people are some of the highest grossing consumers. So why are we not contributing to the marketing? We’re some of the brightest and most creative [people]. But oftentimes, it takes so much to break in and then break the ceiling.

You seem to live by the lift as you climb ideology. Is that fair to say?

A lot of my upbringing, career-wise, has been lift as you climb. I never really had a traditional mentor. But I’ve definitely had people that were peers, people that I just happened to meet, saw my work, or saw me working hard, who helped me along the way. It’s been very relationship based. That was a game changer for me all around.

What have been the biggest learning points throughout your six years in business?

Being a Black woman founder, there’s a lot of things that I just don’t know. There’s just so many things you won’t know or be able to perfect until you get into it. You have to experience it. It doesn’t matter how much you read, no matter who you talk to, who your mentor is. You may be able to save yourself a couple of mistakes. But if you’re not making mistakes, you’re probably not learning or growing. Every time you turn around, I’ve got to improve our practicing every quarter. I’ve got to tear things down and back up. You learn something new every time, even though it’s frustrating. As Black business owners in general, or just startups period, you don’t get but so much grace because at the end of the day, people are paying to produce results. This whole thing is not going to be perfect overnight, and not even in six years. The biggest lesson is that there will be many lessons. No matter how good I get at this, [there’s] going to be a new level. That’s life.

There’s a hyper focus on Black culture and DE&I right now. What does that mean for this industry from your perspective?

They need to know they need to have Black people on their team. The other thing is understanding that you can’t always apply corporate to culture.