A Fortnite-themed talk show is coming to Twitch 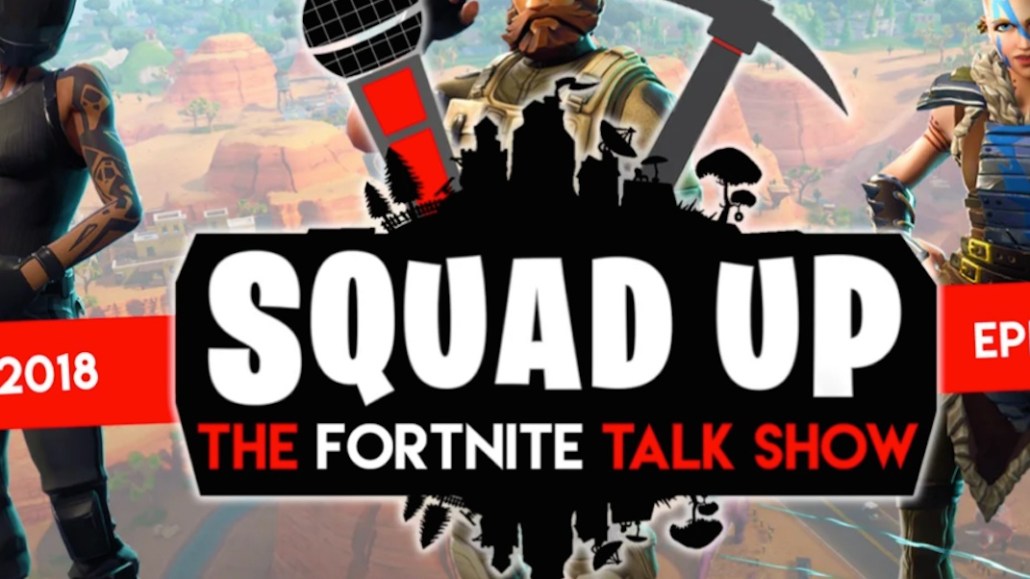 Science-and entertainment-focused publisher Inverse is the latest to jump on Twitch, the live streaming service owned by Amazon. But while a few other publishers including The Washington Post, Cheddar and BuzzFeed are trying to appeal to the news-curious on Twitch, Inverse is sticking to what Twitch is best known for: gaming.

The publisher is launching a new talk show that drafts off the popularity of cultural sensation Fortnite, which has some 125 million players and generated $315 million in revenue in June. Fortnite’s crossover appeal is huge; Twitch broke a record for most-viewed stream by a single player when pro-gamer Ninja was joined by Drake and played while discussing pizza and the game itself. Inverse’s show “SquadUp!” won’t be about pro-gamers but the hosts, Inverse’s video and audio head Weston Green and video producer Justin Dodd, will play with audience members. It’s going for the appeal of the popular podcast “Beautiful/Anonymous,” where host Chris Gethard spends every episode talking to a stranger.

“It’s really fun watching those gamers, but it’s a half percent of people,” Green said. “It’s fun when you’re squadding up — playing with people around the world. We thought, ‘How do we turn this into a show?’”

“SquadUp!” will live-stream twice a week for two hours each. Like other publishers that grapple with the costs of making making video, Inverse is looking for ways to repurpose video that it makes for a given channel, so each episode of “SquadUp!” will be edited down into a 15-minute clip that will then be posted on Inverse’s site and on YouTube.

Live gaming dominates the activity on Twitch; the top streams often are people with big followings playing games like Fortnite. Outside of gaming, there’s been an increase in professionally produced content from news publishers and categories like IRL (In Real Life) and non-game marathons are generating big audiences, according to Twitch.

With its core gaming focus and live commenting, Twitch isn’t a natural place for every publisher to seek out an audience. For Inverse, it made sense because it reaches a young people that are into science and entertainment but aren’t heavy Facebook users.

“It doesn’t have the natural discoverability of YouTube or the social graph of Facebook, so it’s a little harder to invest in,” said David Spiegel, chief revenue officer of Inverse. “Live streaming and games is an area few have permission to be part of. Facebook, the younger audience is not on it as they used to be.”

Other advantages are that making the show for Twitch didn’t take any additional resources other than existing people’s time, and there’s a chance to make money. Inverse is talking to gaming platforms, hardware makers and food and drink advertisers to be potential sponsors; in the meantime, Inverse is participating in Twitch’s revenue model where Twitch sells the ads and shares it with the publisher.