Facebook rolls out news shows for Watch, but will people watch them? 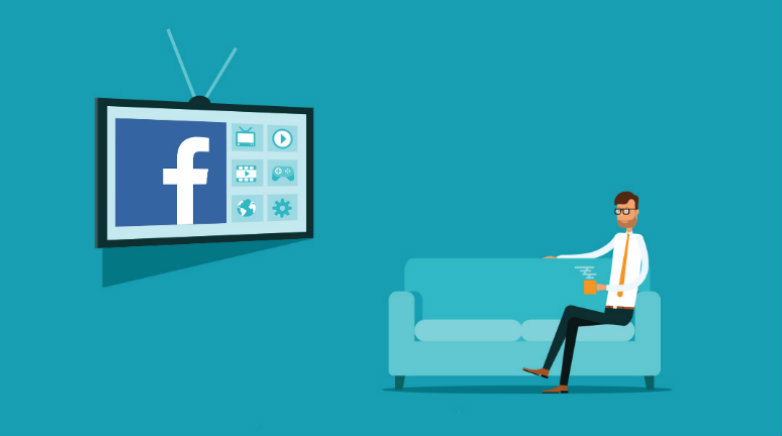 The shows will be original and exclusive to Facebook. The first round of shows comes from ABC News, local newspaper chain Advance Local (part of Advance Publications, also parent of Condé Nast), Attn, CNN, Fox News, Mic and Univision. Some of the shows will feature big-name anchors like Anderson Cooper and Jorge Ramos, and they’ll vary in frequency and format. Other shows are to be announced in the coming weeks, including one from BuzzFeed.

The commitment to funding news programs — the company reportedly had a budget of $90 million — comes as Facebook has faced severe criticism for letting fake news spread on the platform. The orchestrated announcement is clearly intended to send the message that Facebook sees news as important.

But if Facebook’s Watch section hasn’t proved it can create a video-watching habit on its platform, it’s not clear that things will change with the dedicated news section.

Publishers that have produced shows for Watch, Facebook’s section for TV-like mini shows, have said most of the views they get for their Watch shows take place in the news feed, which suggests that people aren’t clicking over to the Watch section to seek out shows, but are passively watching them instead. Business Insider reported that some shows got viewer spikes early on, but those numbers subsequently fell sharply.

News isn’t the primary reason people go on Facebook, and Facebook CEO Mark Zuckerberg himself has said that too often, watching video or reading news “is just a passive experience.” But Facebook still thinks there’s an ripe opportunity for news there. That will only happen if Facebook builds the habit of people coming to Facebook with the intent to watch programming rather than stumbling across video clips in their feeds.

“News is different,” said Campbell Brown, head of global news partnerships at Facebook, when asked about the opportunity to create a news habit in Watch. “What Watch is about is intentional viewing. That means news is likely to be a good fit because people come back to news every day. They want to get a daily update.”

Brown refrained from giving specifics about how Facebook would push the new Watch shows, saying, “The publishers are going to be promoting this,” and “we’ll do our best to promote them as well.”

Facebook also is emphasizing that these shows will encourage the audience to interact rather than just watch passively. CNN’s Anderson Cooper-hosted show, for example, plans to have ways to let the audience ask questions and vote, the broadcaster said.

The list of publishing partners is notable for who’s there and who isn’t. Most are big broadcasters that have the bandwidth to spin up a new video show and digital upstarts. Some marquee names that are missing include NBC News, The Washington Post and The New York Times. For some partners, the funding trumped concerns over the promotional uncertainty.

“We’ve been very vocal for the need for these platforms to pay fair value for premium content,” said Andrew Morse, evp of editorial and gm of digital for CNN. “This is a really important effort on Facebook’s part. Facebook has had a lot of conversations with publishers about our concerns, and the decision to move forward with Facebook Watch and understanding the importance of monetizing media outlets is a very positive step forward.”

Michelle Holmes is vp of content for Alabama Media Group, a part of Advance Local, which is producing a Watch news show called “Chasing Corruption.” She said the show will be a big lift in terms of staff commitment and the seven- to 10-minute format, and there’s no way to know if it’ll get an audience. But the show offers a revenue guarantee, chance to build its new brand, Reckon, and chance to get future funding, she said.

The terms are said to vary, but Facebook is believed to be paying publishers for a year, proposing budgets that range from $5 million to $10 million annually for daily news programming and $1 million to $2 million for weekly shows. Partners may get a cut of ad revenue and are expected to own their shows after some period of time.

Other platforms are jockeying for news shows from publishers, making it something of a sellers’ market for news publishers that have the chops to make high-quality shows. Twitter is getting outlets like Bloomberg Media and BuzzFeed to make daily news shows. Netflix is buying docs from the likes of Vox Media and the Times. Apple News is ponying up, too.

Facebook has had a rocky relationship with news publishers. It announced in January that it would prioritize user content in the news feed because that kind of content promotes engagement, effectively crowding out news (while saying it would also favor news from reputable publishers). It announced a policy to label election ads as political, which would treat news articles the same when publishers pay to promote them — a decision publishers protested would make their news look like it was biased. Facebook is dumping its Trending Topics news section that displayed top news stories but was sometimes a black eye for Facebook because the algorithm-driven section surfaced conspiracy theories. All this has created bad feelings with publishers that have committed resources to Facebook initiatives in the past, only to be left holding the bag when Facebook changes its priorities.

Facebook has been doing more to set expectations with publishers. Brown recently said if the platform doesn’t work for them, they shouldn’t be there. She said at an event in February that “hard-news video is really hard to monetize, it just is,” and it’s not really what people come to Facebook to watch.

Now, talking about the Watch news shows, Brown repeatedly called them a “test” and “experiment.” The underlying message seems to be that if the test doesn’t work out, no one should be surprised.