What’s in store for connected TV advertising in 2022? 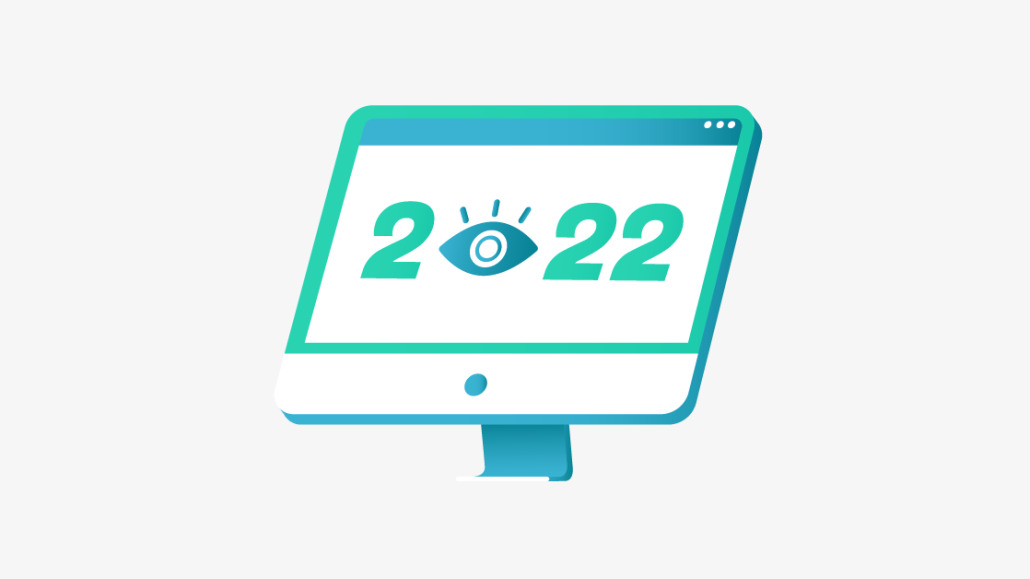 In 2021, it became clear that connected TV advertising has staying power and that its impact was expanding — perhaps accelerated but not bounded by pandemic lockdowns.

According to estimates by eMarketer, there was a 60% year-over-year increase in CTV ad spending in 2021, and the firm estimates that the growth will continue — with a projected 32% year-over-year growth rate in 2022. Still, despite these trends, some marketers have been slow to realize CTV’s advertising potential and how to leverage it fully.

“I think there needs to be a faster adaptation to these changes brought about by CTV from marketers,” according to Chris Innes, Chief Operating Officer at MNTN. “I would love, by the end of the year, for agencies to change how they operate with this channel.”

If wider-scale adoption is to happen and to seize the potential of CTV advertising fully, marketers will need to familiarize themselves with CTV’s unique capabilities and value propositions as an ad channel and how it continues to evolve. With an eye on these goals, Innes offered further insights into what advertisers can anticipate when it comes to CTV in 2022.

CTV will continue to grow as a foundational performance channel

Unlike linear TV advertising, which typically focuses on building brand awareness, CTV advertising has proven itself a strong performance advertising channel. As the technology and targeting capabilities improve, this will only become more evident.

“If you go to a hundred brands in the United States, I don’t care what brands they are, and ask, ‘What are two of the core performance campaigns you’re running as investments?’ They’ll say, paid search and paid social. Now performance marketing on CTV is on that same kind of bar,” said Innes.

“Connected TV advertising is now on par with Facebook ad performance in terms of conversion rates,” he continued. “I think you’re going to start seeing brands place that confidence in performance campaigns on connected TV that you see in social media, and that comes with a certain investment.”

It is an investment already underway, as evidenced by the growing spend and reallocation of budgets toward the CTV-plus-performance approach. Moving into 2022, it’s simply a matter of marketers shifting their mindsets and strategies away from what they think they know about TV advertising and reframing CTV advertising with its performance potential in focus.

“That sets a line in the sand. That’s going to change behavior going forward,” said Innes.

The addressable audience is going to expand and become more targetable

CTV technology and the data with which it’s integrated allows marketers to directly address audiences that they would not be able to with linear TV.

“You see a lot of brands just take whatever they’re doing in linear TV and move it to connected TV and try the same thing,” said Innes. “The change we’re seeing, which will really materialize over the next year, is now that connected TV has been proven to have the same performance as these other channels, it really opens up what audiences we can message.”

With CTV, marketers can target audiences using data from various sources using platforms such as the Oracle Data Cloud, site tracking pixels and their own audience data. Innes explained that the addressable audience is “not limited to just who’s watching television, per se; it’s the entire United States. There’s really an unending path to reaching a group of consumers on streaming television.”

The size of the addressable audience is just the beginning. The reach that CTV advertising is capable of is made more powerful by the channel’s targeting abilities. Given that it’s not limited by a single commercial time spot that all viewers see, CTV advertisements can feature different messaging targeted toward various audience segments.

A large retailer that MNTN works with, for example, has 16 different audience segments. “They’re starting to think through this audience approach that you typically only see on an established performance platform,” said Innes.

Creativity in the construction of campaigns will become paramount

To take full advantage of the performance and targeting capabilities of CTV advertising, marketers will need to overhaul their creative strategies in 2022.

Ensuring that CTV creative drives performance goals requires including some call to action in the advertisement, whether a website address or a QR code, which allows tracking of audience engagement from the campaign.

“All of our TV commercials have the domain present throughout the entire ad,” Innes said. “They include some type of call to action, even if it’s a loose one, and we’re measuring traffic driven to the site. And that’s just a very, very core difference in thinking.”

If advertisers want to achieve the most follow-through on these calls to action, the creative needs to be the most relevant to the audience seeing it. This requires targeted messaging for the different audience segments.

As Innes explained, it can simply be the last few seconds that vary. This might include messaging directed toward repeat customers of a brand and audience members who have never purchased to encourage them to make their first. It could also be made even more specific — including messaging about cart abandonment, for example.

2021 served as a proving ground for CTV advertising, as it demonstrated its capabilities as a performance marketing channel. The growth in CTV ad spending and the evidence of reallocated budgets in its direction are promising signs for the channel’s outlook in 2022 and beyond, and marketers need to take note and take action.

“The transition that’s happening in television from linear to measurement-enabling connected TV is in full effect,” said Innes. “And in my mind, it’s basically done; the world just needs to realize it’s occurred.”