Located just a few blocks from the beach, The Trade Desk’s Ventura, California headquarters boasts extremely chill vibes for the hub of a company that spans continents.

While it’s easy to understand why the nearby beach fosters such a relaxed environment, don’t let the surf atmosphere fool you. It’s no indication of The Trade Desk’s ambition. Employees often describe the office ethos as “work hard, play hard,” and The Trade Desk prides itself on its inherently gritty startup mentality. 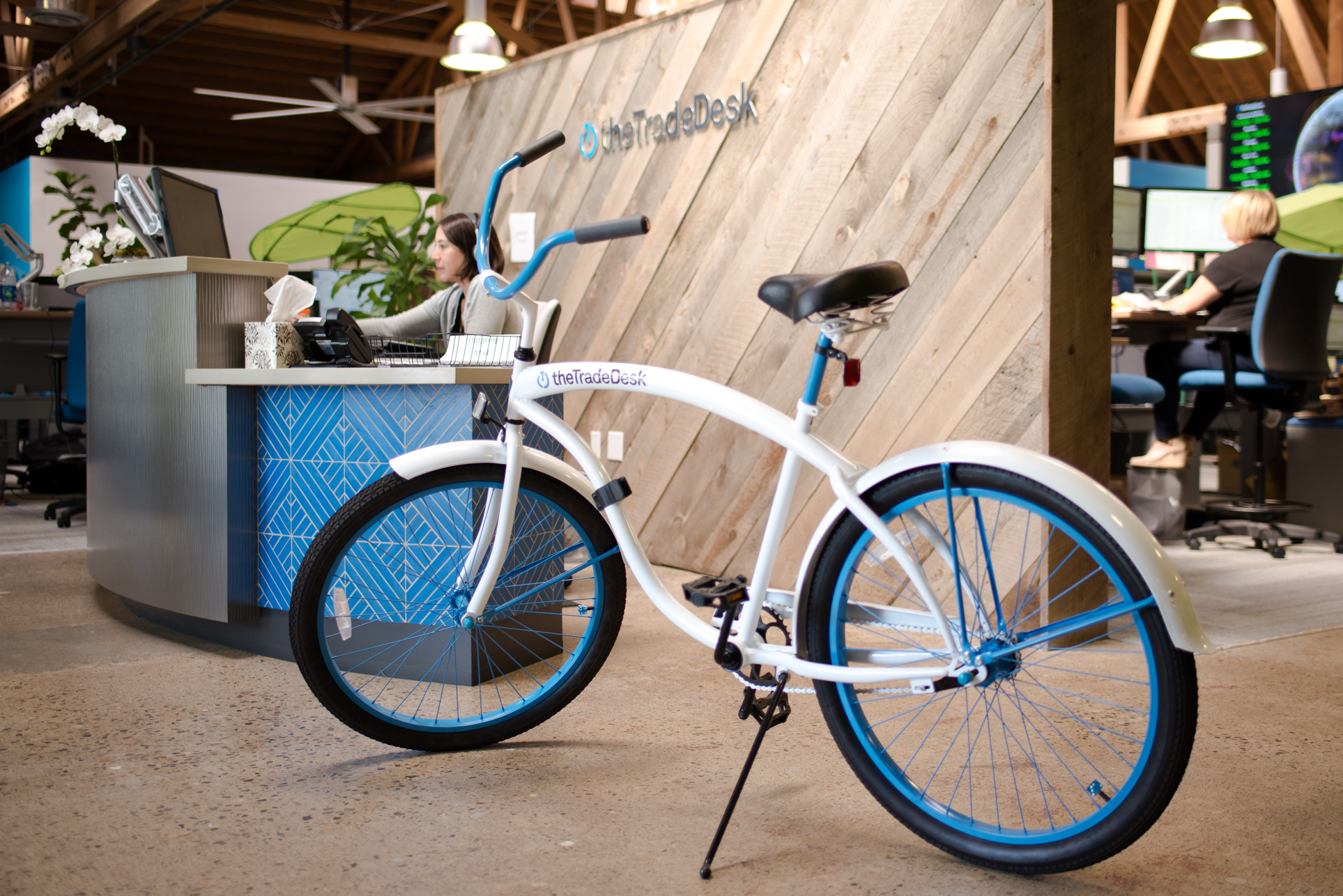 Founded in 2009 by Jeff Green, whose history in ad tech includes founding one of the first online advertising exchanges, AdECN, which was later acquired by Microsoft, The Trade Desk has grown up a lot in the past few years. With 15 offices in cities all over the world and deep relationships with major agency holding companies, The Trade Desk has built as much of a global rapport for its tech platform as it has for its employees.

Even as The Trade Desk grows, the company remains committed to hiring people who will help its signature culture thrive. “We try and hire like-minded people to have as much consistency across the company as we can,” said Mike Blacker, the VP of strategic partnerships. “Everybody’s swimming in the same direction.” 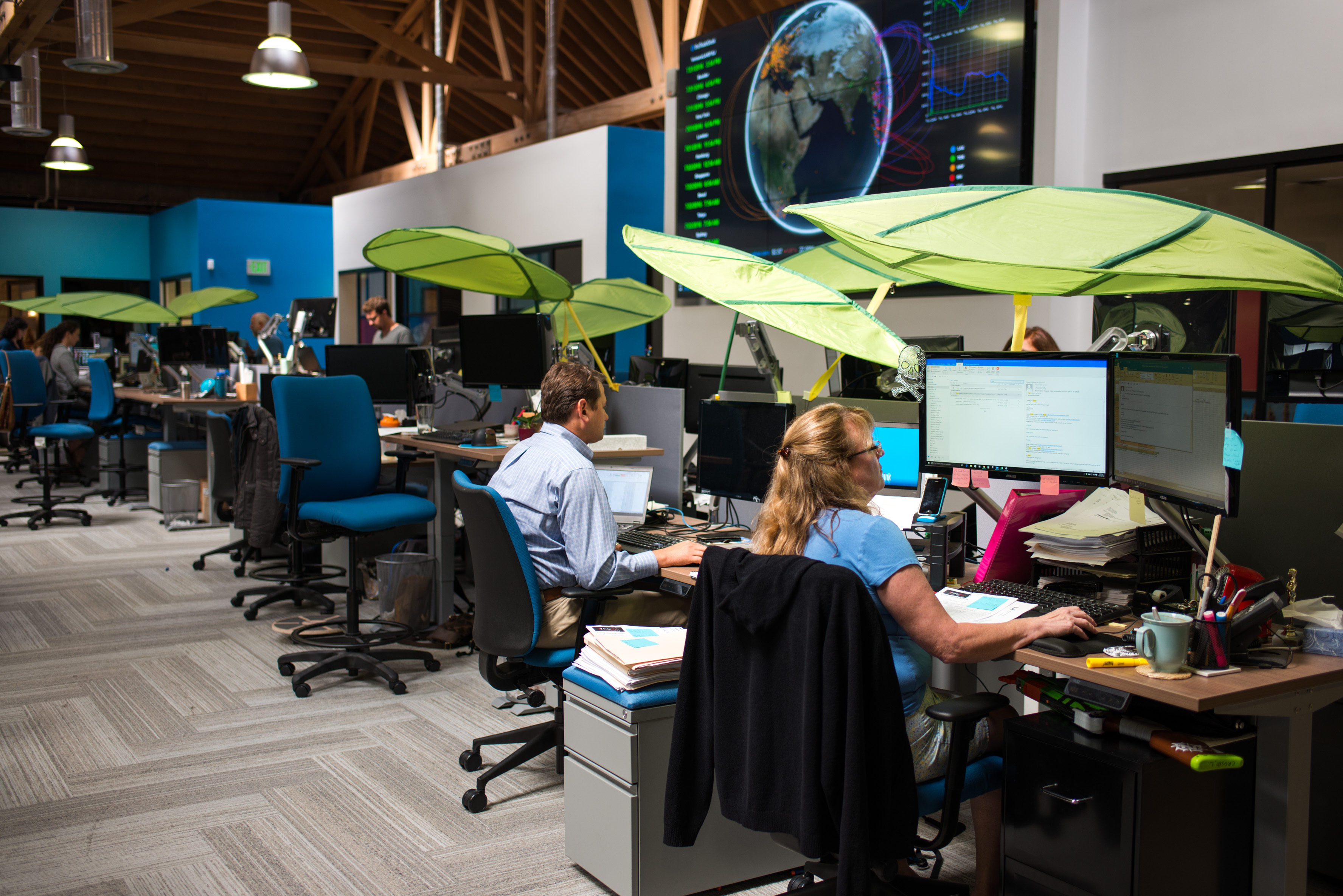 At lunchtime in Ventura, this might be literal. “It’s not uncommon…to go surfing on your lunch break. A bunch of people do,” said Ephraim Albaro, a data specialist and one of The Trade Desk’s earliest employees. Albaro doesn’t surf but opts to play basketball with a group of coworkers during his midday break instead. Others will leave to go on a run, work out or hike. The Ventura team is active, and their location certainly doesn’t stand in the way of outdoor activity. 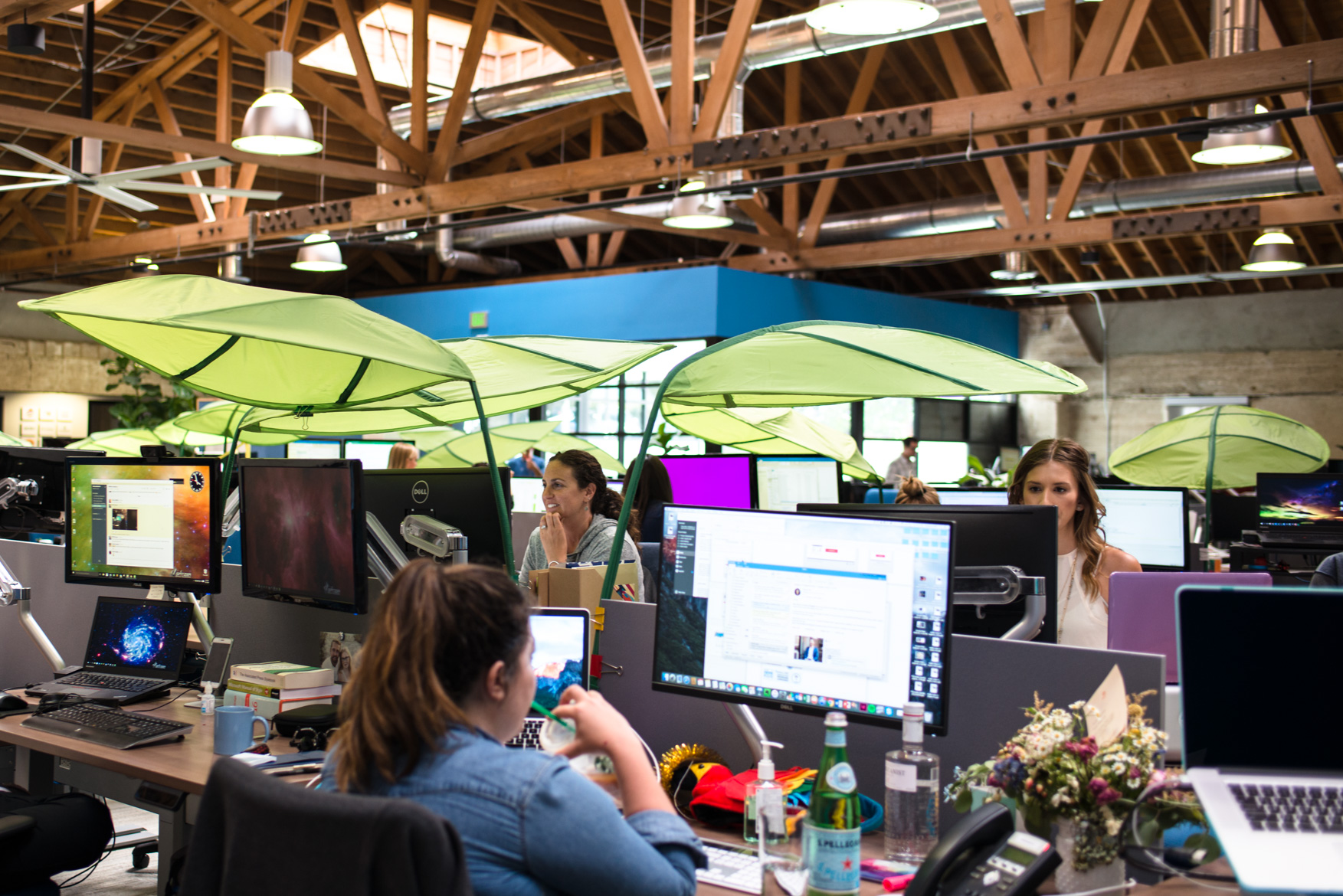 When indoors, though, they’re sitting at desks in an open floor plan, each shaded by green “leaf” canopies. The office mostly comprises one, big room, the canopies providing a tree line-like illusion under which employees plug into their work stations, a big screen TV affixed to the wall above.

Like any self-respecting tech startup, The Trade Desk also boasts a wooden beer tap and a casual dress code. There are alcoves for meetings and showers for after surfing. Employees sometimes gather together on weekends to barbeque on the beach. 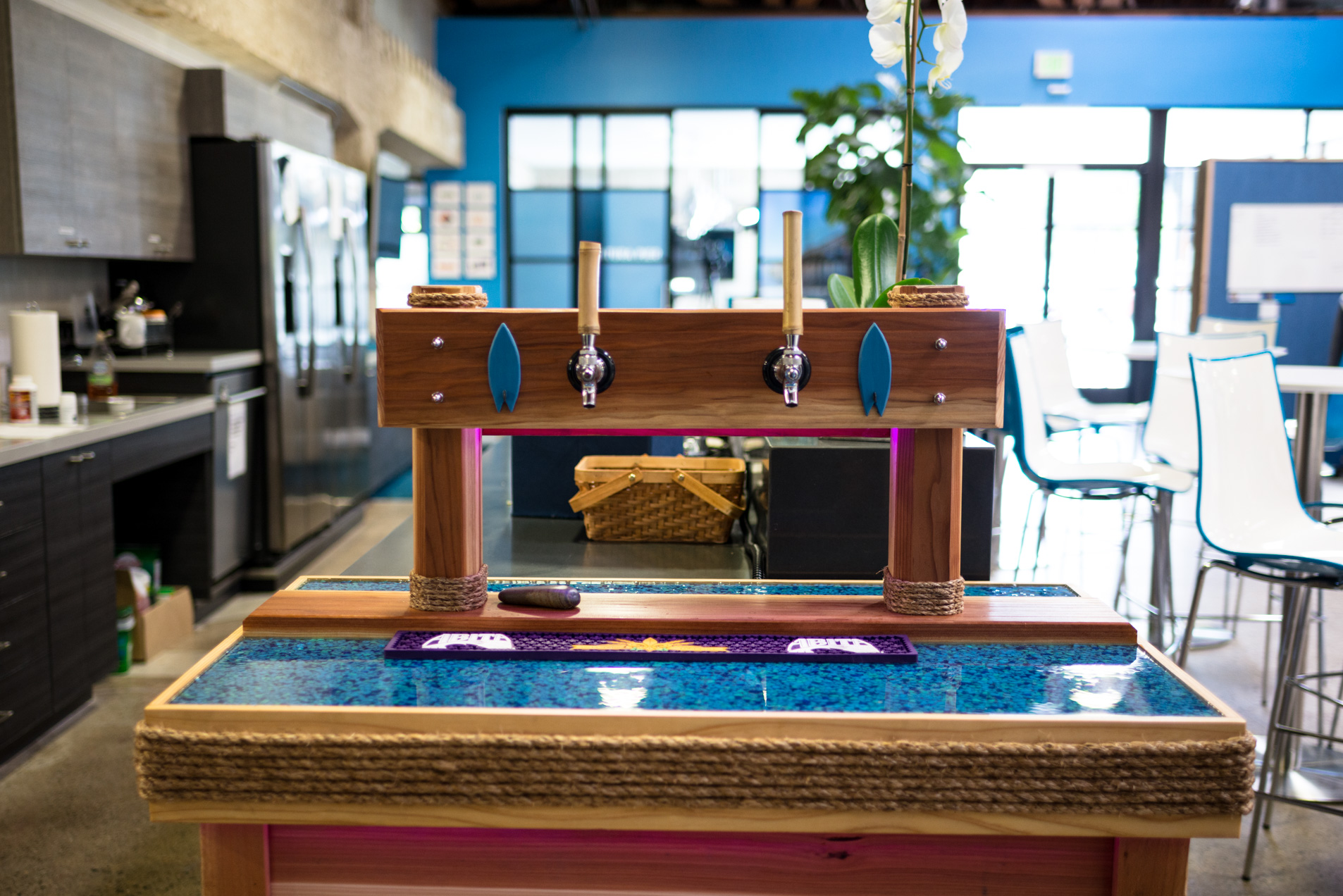 Rather than foster a nose-to-the-grindstone culture, the office is set up to create a collaborative environment, where, in true startup fashion, everyone is in everyone else’s line of vision. “It’s very open in every part of its design, from the large, open ceilings to the open floor plan,” described Johan Henkens, a software development engineer who works out of Ventura. “You walk around and constantly see everyone you want to see and stop by and say hi.”

Whether they’re saying hi to discuss the day’s wave forecast or a new client project, employees at the Ventura headquarters make a point of working together. The office culture encourages it. As Gruia Pitigoi-Aron, a senior product manager at The Trade Desk, put it, “If you want to work with smart people that are passionate about what they’re doing, The Trade Desk is the place.”