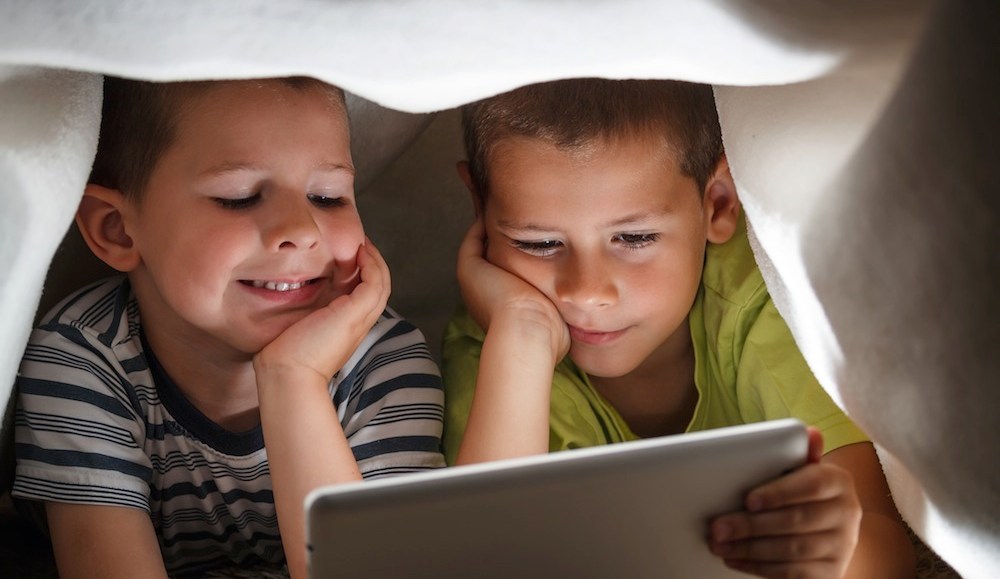 This article is part of the Digiday Partner Program and is written by SheKnows.

Do you remember when parents were concerned about giving their children email accounts and access to the Internet? Those days are long gone, according to a new whitepaper from SheKnows and Harris Interactive revealing that today’s moms look favorably on technology when it comes to parenting.

The “Marketing to the ‘Likeable’ Mom” whitepaper, which examines how four groups of mothers – Working, Stay-at-Home, Millennial and Generation X – leverage technology and social media, also reveals that the majority of moms believe using technology makes their children smarter.

“We found that the most popular age bracket in which children are getting their first smartphones and tablets is between the ages of 9 and 11 – when they are in third to fifth grade,” said Samantha Skey, Chief Revenue Officer at SheKnows.

Interestingly, the most enthusiastic technology advocates are Generation X moms, with 76 percent recognizing the lifelong benefits of being a digital native. Perhaps that’s because moms of that generation are more likely to have struggled to adapt to new technologies themselves – as such, they want their children to have the advantages they didn’t. Additionally, 5 percent of Millennial Moms provided a smartphone or tablet to their kids before the age of 2, ensuring they will never know a life without a touch pad or community cloud.

Audrey McClelland, a mom of five children under the age of 9, can relate to this.

“Last Christmas, we got our four oldest sons iPad minis,” said McClelland, who is a SheKnows mom and kid fashion expert, and also the founder of Mom Generations, co-founder of Getting Gorgeous Events and co-author of The Digital Mom Handbook. “I love that they all can navigate an iPad and know how to download and edit little movies. For me, it’s fun to see.”

The SheKnows/Harris Interactive study also found that an overwhelming majority of moms think of computer-based activities, including video games, as teaching tools.

“Our research reveals that more than 77 percent of moms believe computer-based activities can help their children develop important skills that are key to their success in school and future career advancement,” Skey said.

This is not to say that moms don’t feel conflicted about using technology to help them parent — specifically when it comes to keeping their kids occupied. While they feel good about the educational benefits, they also concede that technology-as-entertainment is an effective child pacifier.

“In reality, while moms point to the educational benefits and truly believe in the edge they may be giving their kids, over half of the moms we surveyed use technology to entertain their children,” Skey noted. “Nearly three quarters allow technology to occupy their kids’ time so that they can focus on other tasks. And finally, as guilt is present in so many aspects of parenting, our study showed that almost half of all moms ultimately feel guilty about their reliance on technology as a parenting crutch.”

McClelland shares this sentiment. “This summer, the boys were playing games way too much. Since I had just had a baby, I let it go. I felt so guilty about it! I wanted them to be outside playing and swimming, but [using technology] kept them chill and relaxed and quiet for me and their new baby sister.”

Despite this concern, the research indicated that general attitudes toward technology and parenting are overwhelmingly positive for all moms. Generation X Moms are even more enthusiastic than Millennial Moms toward technology as a parenting tool, likely because they have older children they need to keep track of and/or help with schoolwork.

But moms can ease their guilt by setting limits to how much exposure their children have to technology, said McClelland, who explained that her kids can use their iPads for about 45 minutes after school before they go to swim, wrestling and basketball practice.

“As long as your kids aren’t plugged in at all times, it’s OK to let technology occupy their attention every so often,” she said. “My advice is to set limits and make sure that you have approval over everything they are playing and reading.”

To learn more about moms and technology, download the “Marketing to the ‘Likeable’ Mom” whitepaper here.