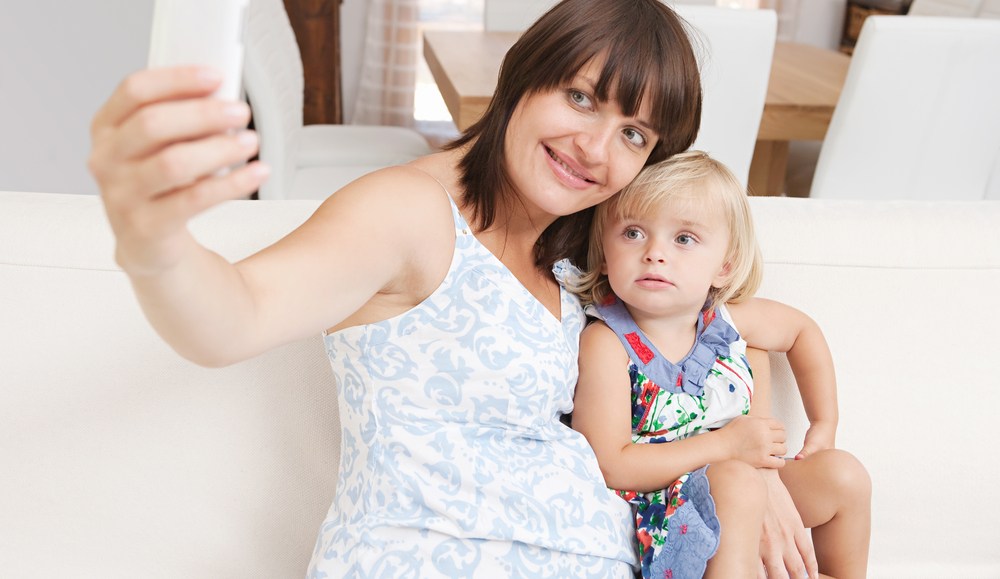 “Maybe I can’t get out to the 6 p.m. local ‘mom’s night out’ because my train doesn’t pull in until 6:30. But I can still connect with these women online at 9:30 p.m. and talk about what’s happening or share an Upworthy video.”

A new whitepaper, called “Marketing to the ‘Likeable’ Mom” from SheKnows, examined differences in social behaviors among Stay-at-Home Moms (SAHMs) and Working Moms (WMs). The whitepaper is based on findings from a survey SheKnows conducted in partnership with Harris Interactive, which evaluated how 1,007 U.S. women between the ages of 18 and 65 use social media and technology and its impact on their online identities.

The research found that WMs dominate across most social networks based on the number of followers, variety of topics they post on and the types of content they share, such as photos and videos. However, despite having fewer online profiles to manage, SAHMs are engaging just as often in social media.

“A stay-at-home mom has the potential to drill down deeper into her network,” says O’Donnell, author of the book “Mogul, Mom & Maid: The Balancing Act of the Modern Woman” (Bibliomotion, 2013) and head of social media for Double Forte. “A working mother is probably going wider on a broader array of topics.”

It may not be surprising that WMs have a larger network culled from past and current jobs, but when they post, they’re sharing slightly more diverse content. While 69 percent of their posts feature their children, other posts include vacation highlights and their friends, and 35 percent post photos of food they made (compared to 17 percent of SAHMs). Perhaps that’s because WMs strive to show they can balance it all.

“Subconsciously, there may be a need being filled by social media so the working mom can prove, to herself, that she is fulfilling all aspects of her life,” says O’Donnell, “Social media can amplify, document and confirm for themselves that it’s not just work, collapse, work, collapse.”

The SheKnows study also found that SAHMs share more about their family, posting more photos of their kids and husbands than WMs. And while the non-working mom is the most likely to share content about her children, she is also less likely to forget her friends. That friend who never forgets a Facebook birthday? Might just be a SAHM.

“For me, Facebook is about trying to connect with another person, whether it’s someone I went to elementary school with or someone who is five blocks away [and] looking for a plumber,” says Nancy Gonzalez, a SAHM in Oak Park, Ill. “Last week, I posted from the dentist’s office that my son might have an abscess, and all these people — my soccer-mom friends and my sister — sent notes back, saying ‘I hope he’s better.’ [Social media is] definitely a very personal thing for me.”

WMs maintain a wider variety of social platforms than their SAHM counterparts. They have more than twice the Twitter followers, four times the Instagram followers and nearly 15 times the Google Plus contacts. Pinterest, however, is equally popular among both groups of moms.

“I can spend hours on Pinterest,” laughs Gonzalez. “Once the kids leave for school, I’ll read through my email and see someone I know has pinned something, so I’ll look at that, and then that takes me somewhere else. It’s almost like an escape in a way; you’re creating these boards of something that you want to happen, even if that’s just creating a certain look for your living room.”

“There’s a huge need for women to have honest conversations about where they are and what they’re going through,” she says. “I’ve found that once we start having these conversations, we’re going to find out there’s someone else who actually likes leaving their kids in the morning and going to work, or there’s someone else who is dying to leave work and see their kids.”

And for both groups, these connections are vital.

“There’s a level of isolation that all mothers feel, and we feel it in very different ways,” says O’Donnell. “For working mothers, you can feel isolated from the community; you’re not at drop-off or pick-up, you’re not at playground after school. Social media helps eliminate their feeling of isolation. Stay-at-home moms might be at the playground or able to grab a cup of coffee in the middle of the day, but so much of their life is doing solitary activities and running the household. For them, social media allows them to do these solitary activities together.”

Download the “Marketing to the ‘Likeable’ Mom” whitepaper from SheKnows here.