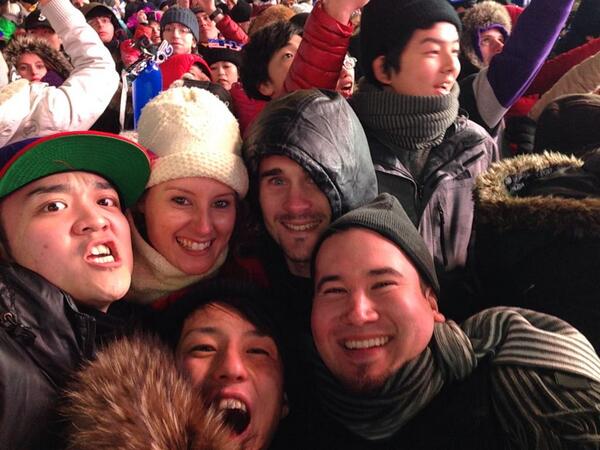 There are those in digital media who would argue that advertising’s “Big Idea” is dead, that execution and technological innovation is the industry’s future. But this week, MasterCard rang in the New Year with a digital twist on its long-running “Priceless” campaign that proves the staying power of great advertising—when digital media is thrown behind it.

The “Priceless” campaign began in 1997, before the Internet mainstreamed, before social platforms or wearable technology. When cell phones, if you happened to have one, barely made a sustainable phone call. But the “Priceless” tagline, “There are some things money can’t buy. For everything else, there’s MasterCard,” struck a chord, and it has been evolving ever since.

“This campaign has run for 17 years in traditional media and with the evolution of digital and social we’ve shown that we can leverage this very relevant campaign on other channels as well,” said CMO Raja Rajamannar. “It’s just got this longevity. People are still excited about it.”

This week, MasterCard bowed its latest evolution: A cross-media campaign with social sharing as its cornerstone. Seizing on its cultural cache and the global zeitgeist of New Year’s Eve celebrations, MasterCard invited consumers to share photographs of their #PricelessNewYear moments via Facebook, Twitter and Instagram. Favorites could be selected to appear on  Times Square digital billboards in front of 1 million revelers. 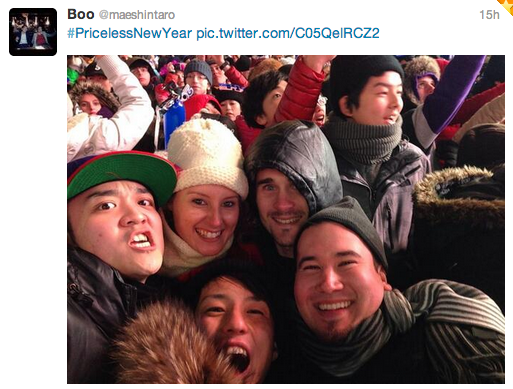 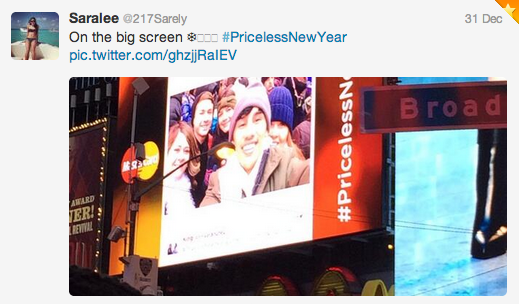 MasterCard began promoting the campaign on December 23rd and selected from among the thousands of photos posted on the three platforms.  Those posts, vetted by MasterCard and R/GA, were then posted onto Times Square billboards from 6 a.m. to midnight EST on December 31st.

A traditional 30-second spot aired in 175 countries and included partnerships with global news organizations CNN and BBC and ABC, among others. Placement of the TV spot on video screens in 7,000 New York City taxi cabs and digital banners encouraging riders to share photos using the hashtag, contributed to the engagement. But the brand considers digital to be the champion of the campaign. The campaign was expected to reach close to 200 million people worldwide via Facebook and Twitter, the brand said.

“New Year’s is celebrated across the world. Everyone looks forward to it with aspiration and expectation,” said Rajamannar. “We asked ourselves how we integrate Priceless into that setting in a  global campaign and decided to leverage social media which is relevant around the world.”

The campaign was the work of MasterCard along with agencies RG/A, McCann, UM, and Ketchum. It is Rajamannar’s first major outing for MasterCard since joining four months ago. He was CMO of cards and payments at Citigroup for 15 years and said joining MasterCard was “very much like coming home for me.”

#PricelessNewYear, however, is not Mastercard’s first foray into the digital and social sphere. The company has been evolving its strategy for several years, building a brand newsroom, and engineering a social “conversation suite” for social listening and engagement.

MasterCard has also developed its Priceless Cities program, which allows MasterCard customers in 34 cities to partake in and share exclusive, curated experiences according to their interests.  To further leverage Priceless Cities via digital and social, this year they launched a campaign which drives and inspires conversation about cities around the world using the #LoveThisCity hashtag.  This helps integrate the brand into a conversation with people about the things they love about cities—both home and away—enabling conversations rather than just offers.

Recently, MasterCard leveraged social media to drive participation in its program with Stand Up To Cancer, as well as heavily using social media to help launch its new digital wallet solution, MasterPass.