How publishers are maximizing video revenue in five charts

In June of this year, Vice got a $450 million investment to boost its focus on video, upping the media company’s valuation to $5.7 billion. Just two months later, Mic cut down on writers to make more room for moving pictures. Now Mic audiences spend 75 percent of their time on the site perusing visual content, and views are climbing.

Publishers are pivoting to video, and the numbers make it clear this is a continuing trend. However, the pivot still presents problems for publishers who must newly navigate programmatic spaces and diversify their video ad formats.

Here’s how publishers are solving the problems of the pivot in five charts:

Digital video ad dollars go up; publishers have to keep up

Video ad spending is on the rise as publishers scramble to make more video content. As of August 2017, eMarketer predicted that total digital video ad spend would reach nearly $22.2 billion by 2021 (it’s already at about $13.2 billion). Video’s share of total digital ad spending is also projected to climb, slowly but surely, from its current 15.9 percent to 17.2 percent.

This means video momentum won’t stop building, and the haste to pivot that’s gotten publishers in trouble in the past could keep putting them in tight spots. 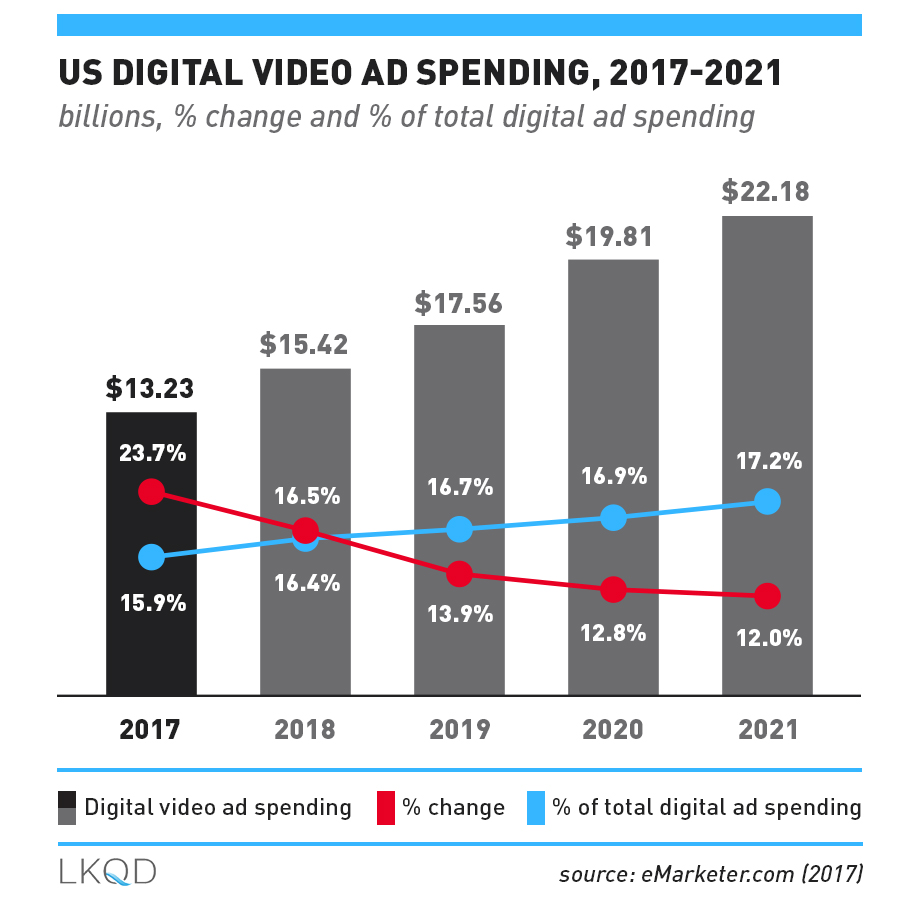 A big chunk of these video ad dollars now come through programmatic channels. Programmatic digital video ad spending landed at $6.3 million in 2014, and it’s projected to reach nearly $10.6 billion by 2018, according to eMarketer.

That’s significant growth, and for some publishers, it means “multiple demand partners,” said evp at CafeMedia, Paul Bannister. “Where before we could really only have direct and one programmatic partner, now we can have more programmatic partners, and more competition leads to higher prices.”

Unfortunately for publishers, just because their programmatic partners can compete among themselves, doesn’t mean they’re able to compete with direct-sold inventory since the two revenue streams are managed by separate tools.

Direct vs programmatic? A blended approach is a safer bet

While Ann Marinovich, svp of content partnerships and strategy at Forbes, said that “programmatic video is a part of our business.” They’re seeing the most “significant growth and dedication of resources” around series that profit from direct sales. This suggests that a blended approach, combining direct sold inventory and programmatic efficiency may be the safest bet. 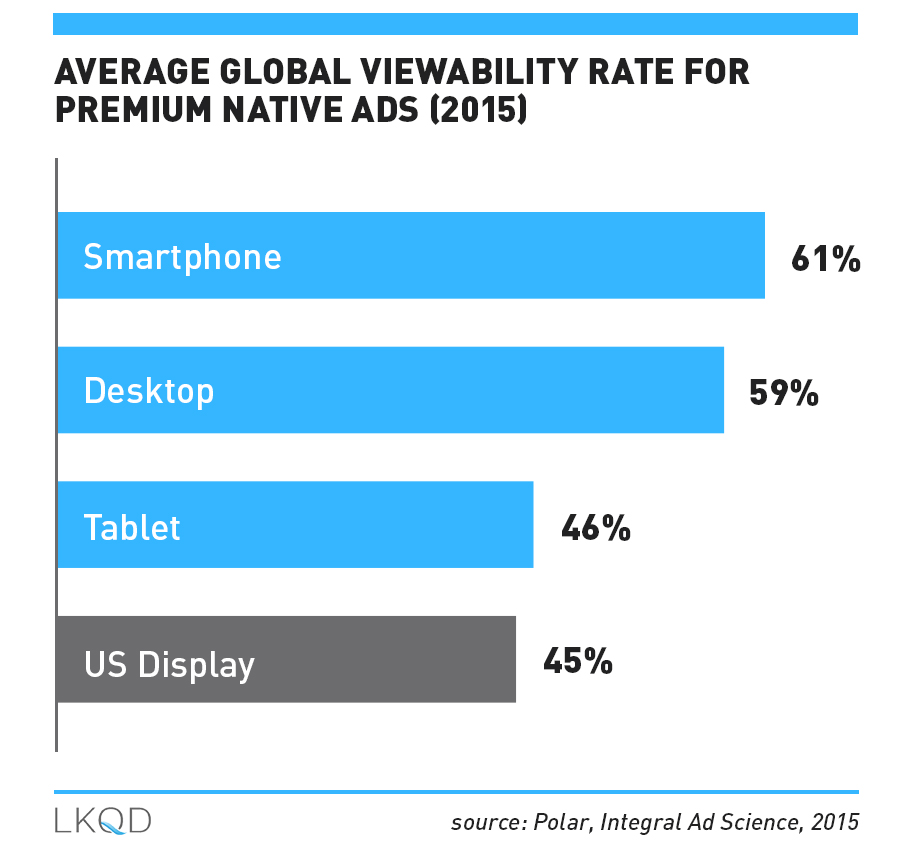 At the end of the day, the ad buying question isn’t as simple as “programmatic or direct?” There are a number of different types of ad experiences that publishers can use, and what’s optimal depends on the video format.

Reuters Institute looked at global video news consumption across multiple platforms and formats, and it found that on social media, video platforms, and owned and operated sites, most people watched short news videos. Still, live and long-form each captured the attention of a significant number of viewers–between 11 and 17 percent on each platform.

This means publishers have to adapt their ad experiences to a variety of formats. At The Young Turks, for example, chief business officer Steve Oh explained how their daily, two-hour show gets “chopped up into shorter clips,” each length of which garners a different type of advertising format.

As The Young Turks team “experiments” with different solutions and talks to a number of different programmatic video vendors, Oh said that one thing’s for certain: “I don’t want to handle multiple vendors.” 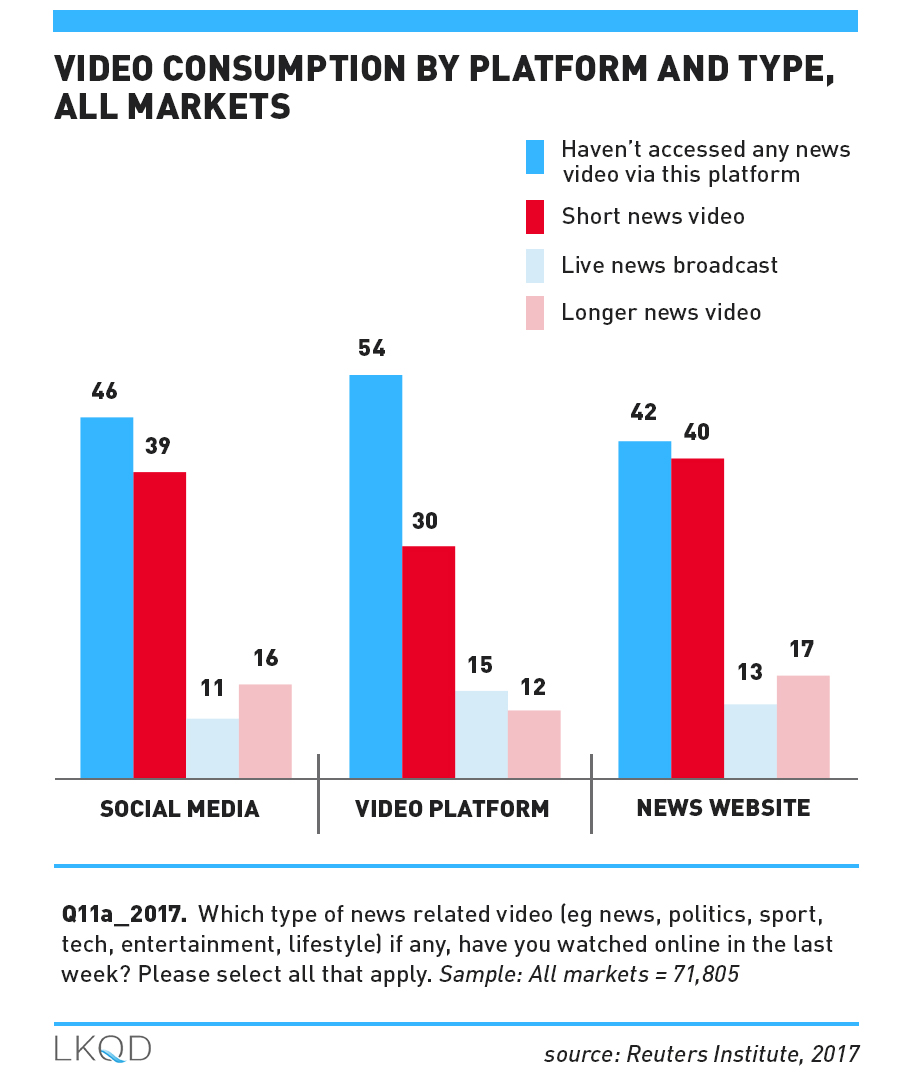 Most publishers aren’t able to avoid the hassle of multiple vendors. The number of platforms and integrations publishers use for video advertising has increased year-over-year, according to a sample study from LKQD Technologies.

In 2014, their customers used an average of just three platforms and integrations for video ads. By 2017, that number grew to 14 among the sample group. Publishers attribute this increase to the diversification of demand across multiple platforms and DSPs, along with an overall rise in vendors that offer solutions for video advertising.

As the digital video market continues to expand, publishers are looking for more ways to integrate, mediate, and measure their video advertising business. Because this means working with a number of different vendors, the problem becomes one of consolidating management. Publishers now need to find ways to unify measurement, reporting, and optimization so that it’s all in the same place. 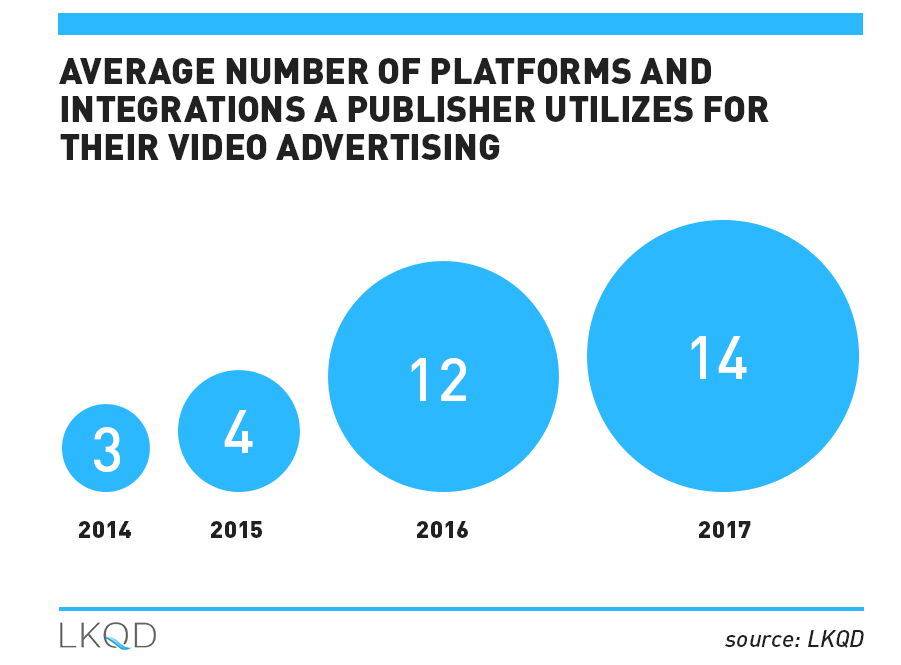 While digital video attracts more money every year, publishers still have to watch out for the pitfalls that come with this lucrative territory. The menagerie of solutions available for managing video inventory has left publishers transacting in an environment where it’s difficult to make the kind of apples-to-apples comparisons that are necessary to fully realize video’s revenue potential.