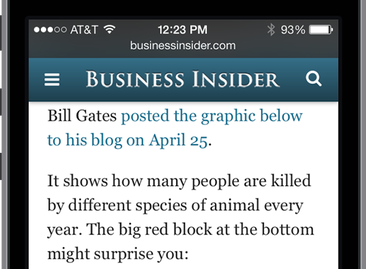 The ongoing mobile maelstrom doesn’t seem to be slowing down for publishers.

Mobile CPMs are still significantly lower than its desktop cousin. And with more and more traffic coming to publisher sites through mobile, publishers are trying to figure out how to make their content “mobile-ready” — as well as monetize this traffic.

Here are some of the bigger mobile headaches for publishers like Slate, Hearst, Business Insider, AskMen, The New Republic and The Guardian.

Minding the monetization gap
It always comes down to the money. Without a doubt, the biggest challenge for many publishers is how to monetize their mobile traffic. Mobile, said Slate’s publisher Matt Turck, is disrupting many digital publishers like digital disrupted print.

“With fewer ads on the page, often lower CPM’s, especially from network backfill, it’s tough to generate the same kind of revenue as one does on desktop,” Turck said. “The winners will grow desktop audience, massively grow mobile audience, scale video, native and podcasting, which are natural fits for mobile with high CPM’s.”

One solution to monetizing mobile, according to Mike Smith, vp of revenue and platforms at Hearst, is determining optimal ad formats and placements so that the users stay engaged.

“The inventive formats coming out of companies like Kargo, Facebook and other social giants,” are a big opportunity, he said. “They have started to crack the code on the right juxtaposing of content and advertising, and specifically native ad formats.” 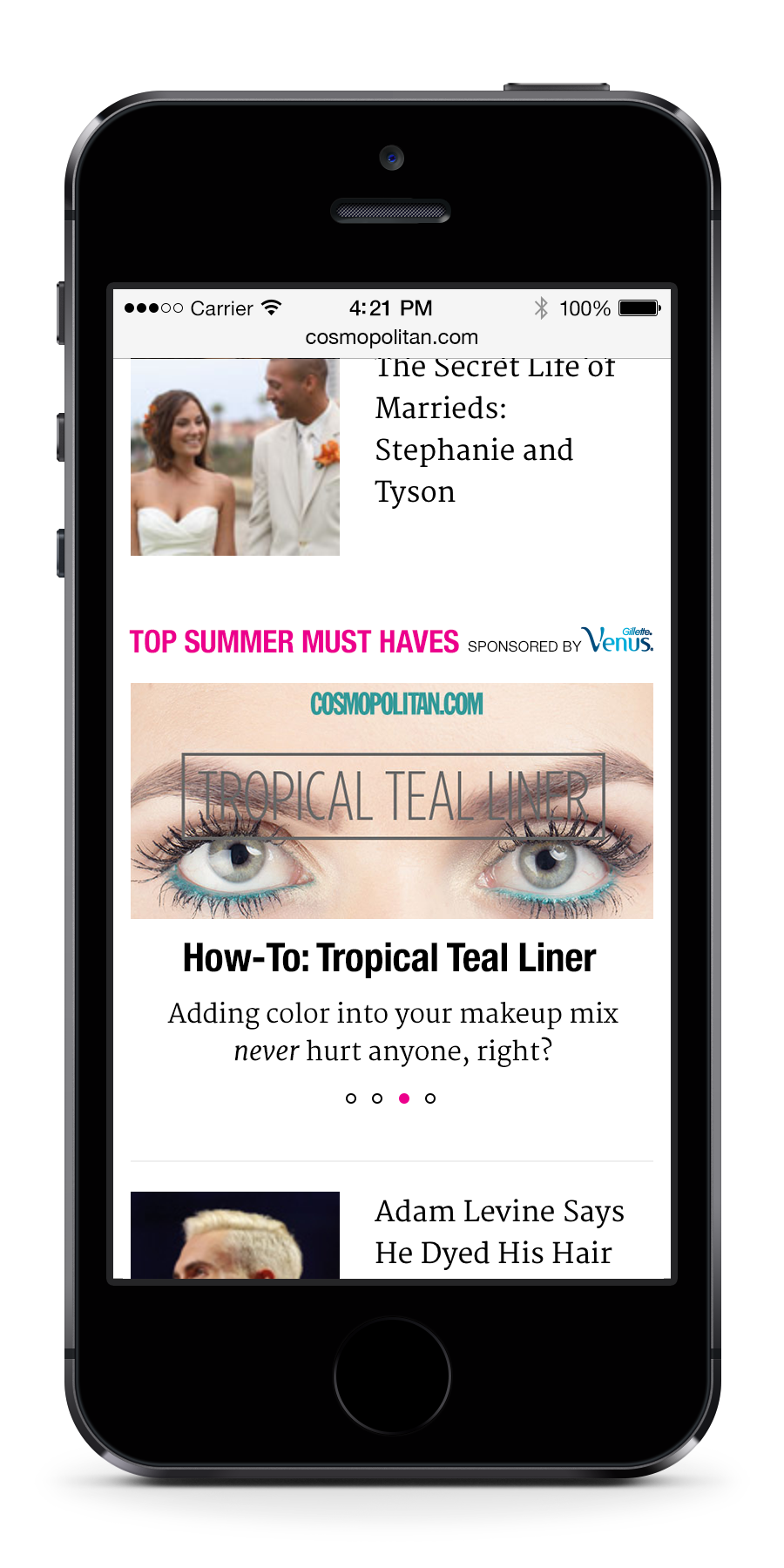 Relationships
In today’s media environment, publishers are not the first stop for a news-hungry reader. Readers, instead, are getting to publishers through Facebook, Twitter and Google, and largely via mobile. This means publishers need to understand how and why their readers return.

“We are obviously excited about bringing in new readers, but we need mobile to help us retain these readers as well,” said Noah Chestnut, director of New Republic Labs at The New Republic. “We need to improve internal recirculation on mobile so readers stay on our site, even when they are using a Twitter or Facebook browser.”

This is especially true with mobile, as more publishers are seeing more people access their content from a mobile device. Almost a quarter (23.3 percent) of media consumption happens on a mobile device, according to an April 2014 eMarketer report. And it’s not just about how they come in, but when. Knowing these patterns can help. The Guardian, for instance, is seeing clear differences in how people use the site by day, time and platform.

“Mobile usage is very high early in the morning when people are checking the news on the way to work,” said Tanya Cordrey, chief digital officer at the Guardian. “How can we best use this information to meet changing readers’ needs is quite a challenge.”

Screen Size Matters
Publishers, and there are still many, who haven’t upgraded their site to incorporate responsive design are faced with display and content advertising challenges. You need a magnifying glass to see banners. Meanwhile, content, like huge infographics or other large-format content, doesn’t display properly.

Julie Hansen, Business Insider’s president, pointed out a great example. A recent BI infographic of the world’s deadliest creatures looks great on the desktop. However, it’s almost impossible to see it on a phone. 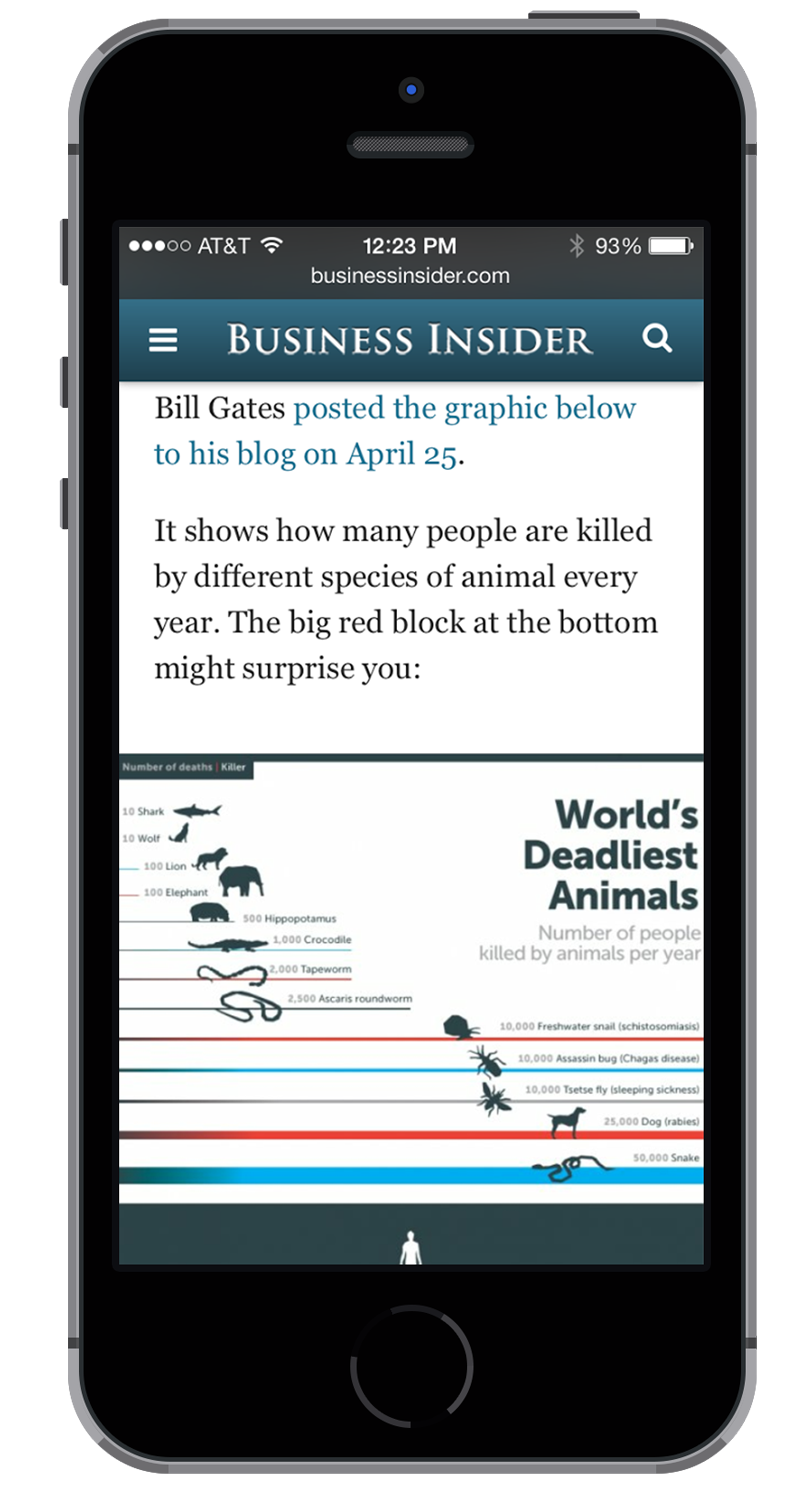 “The solution — and it’s not a great one — is to enable pinch and zoom on all photos so users can at least enlarge them and move them around to see all the parts of the image,” Hansen said. “It’s really a limitation of the device.”

AskMen’s vp of operations Ryan Johnson points to how many publishers are caught in a constant gravitational pull to consider desktop-first in design, development and edit.

“It’s not a conscious decision,” he said. “It’s a function of the fact that we work on the site from desktop.”