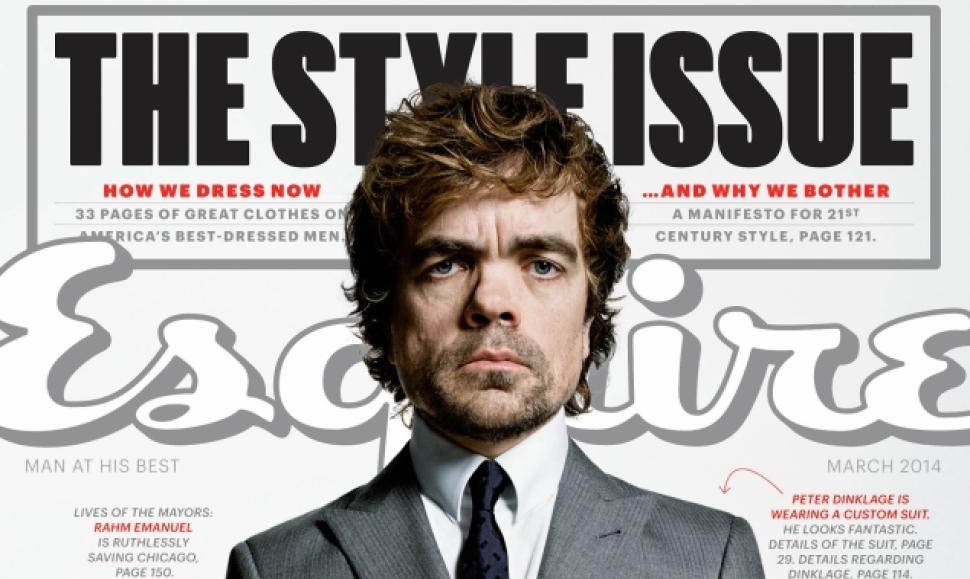 Esquire has always been in the business of highlighting the must-haves and key items of each fashion cycle. So when iconic brands like MINI are looking to foot the bill for a video series, the seer of men’s style doesn’t see it as a conflict of interest, but a mandate to do more rich (and often interactive) multimedia content.

Its digital content currently stretches across screens, and multi-platform traffic to Esquire.com averages almost 4 million unique visitors per month, according to comScore. The magazine publishes 40 new stories daily and launched a weekly app edition to fill the gaps between monthly issues. But how is this demand for content financially sustainable?

“We have advertisers pay for it.”
While so many publications are fortifying borders and asserting their editorial department’s distance from any and all sponsored content, Esquire is taking a different approach. Rather than treating sponsored content like an embarrassing (and unsightly) relative, Esquire heralds it as the key to unlocking the publication’s creative potential.

“They’re sort of one in the same,” said Jack Essig, svp, publishing director and chief revenue officer of Esquire Magazine, of Esquire’s editorial and sponsored content. “We work very closely with the editors about what content they would be willing to have sponsored and how they would have it sponsored. That’s the way we can get more of it out there.”

Editors were thrilled when MINI approached them to do a video series for their new model, said Bill McGarry, executive director at Hearst Men’s Group. “They had their team creating video content,” McGarry said. “We were the team that worked with their team to enhance the stories and talk about what it was MINI was doing, the details that brought the new model to life.”

One of the ways Esquire is able to attract such elite brands as Mercedes-Benz, Parfums Givenchy and Fossil is by distributing their content throughout other Hearst publications. “That’s what’s been so great when anyone’s looking for scale,” said Essig. “We are able to go out to Hearst Men’s Group. We’re reaching 22 million affluent men, and we can divide that up: Esquire, Road and Track, etc.”

When Esquire foots the bill, they make it count
In an ambitious project now underway, an editorial team is driving cross-country, photographing local men’s fashion along the way. Snapshots are making their way to readers in real-time through the Esquire’s social streams. The trip will culminate on August 12, when a dedicated site will launch with the full project portfolio, alongside a narrative about our nation’s relationship with style.

“[Right now] it’s the pre-story […] because there’s all this buzz and anticipation for when it finally breaks,” said Essig. “We’re getting a lot more people into the brand this way.” Projects like this and Esquire’s Sexiest Woman Alive take advantage of the publication’s extensive social distribution system to stretch a campaign across different platforms and reach different audiences.

Regardless of the platform, the intention is to provide users with content they’ll want to share with friends. “We help our guys build social capital,” said McGarry.

Working to monetize mobile
Esquire has two mobile fronts: web traffic (about 25 percent of overall site traffic) and the tablet app edition. Like most digital publications, Esquire uses IAB standard banner ads, but it offers a number of services to enhance these for mobile devices.

When eyewear brand Oakley wanted to expand into the fashion space with banner placements on Esquire.com, the marketing team at Esquire stepped in. “We pulled flash assets directly from their website to create an HTML5 experience that worked seamlessly across mobile, tablet and desktop,” said McGarry.

On the other hand, the app is a hotbed of experimental interactivity: On the editorial side, cover models come to life, like Peter Dinklage showing off a made-to-measure Armani suit created just for him in the March style issue.

And while ad buys do not differentiate between the print edition and the app, there are perks to placements on the tablet. “If you want us to work with you in coming up with a different creative idea that comes to life on the application, then we’ll take care of that for you,” said McGarry. “We pride ourselves on being a full-service agency in a lot of ways.”