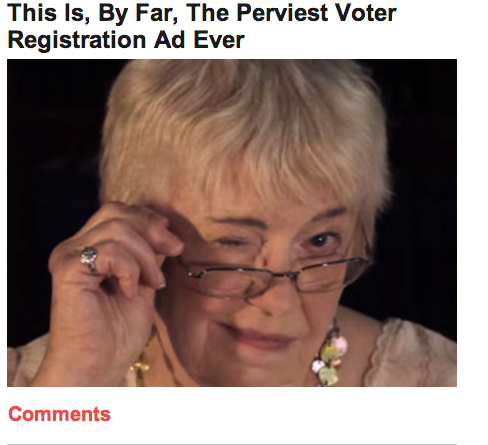 Success on the web is all about testing, testing, testing. With access to more data than ever before, publishers are able to position their best content for instant virality while pulling their least popular back from the brink of obscurity.

With about 1,200 pieces of original content published daily (alongside anywhere from 500 to 600 blogs), the Huffington Post is a data scientist’s dream. But the quantitative insights all this content generates are only powerful when combined with good-old human intuition.

We spoke to Kate Palmer, managing editor of the Huffington Post, about the publisher’s tradition of experimentation, the rise of its viral editors and more.

How does HuffPost take advantage of all the data available to digital publishers?
Part of our original mission was to combine technology and editorial so that we could make smart decisions about our product and editorial packaging. We cover what we think is important. The nice thing is that we have unlimited space to run lots and lots of stories, and we know that there are going to be some things that are worth doing even if they’re not going to be our number-one viral story. So we have so many people working on so many different types of stories that we’re able to experiment with different kinds of content.

What does this experimentation look like?
Our editors are very savvy when it comes to understanding stats, and they all have access to a wide variety of tools to see how their stories are doing, to see which headlines are performing better and A/B testing to see what the audience responds to.

It’s very incorporated into everything they do all day long. They’ve got access to top of the line tools, and they’re able to change things if there’s a better way of doing it. That in and of itself is probably, at least coming from other publications where it wasn’t always the case, something that’s an incredibly innovative way of approaching publishing.

Do the scale and speed of digital publishing call for new editorial skillsets?
We have editors who are tasked with looking at stories that we think will be very shareable. They tend to have a very good eye for those things. They know which kinds of stories they’ve produced that have done really well, and which ones haven’t.

Can you give an example of how these viral editors think about content?
Let’s say a story about breastfeeding goes viral. It would obviously be a mistake as an editor to quickly say, “Well all stories about breastfeeding are going to do really well.” That doesn’t work. You’ve got to have keen judgment and say, “You know what’s really great about this? The combination of the photo, this headline, it surprised me and maybe there was a celebrity involved, so that got some attention.” The traffic part will only take you so far. This kind of content can work for our audience, but let’s make sure we present it in a way that will give it the highest chance of succeeding as possible.

Data shows that certain headline formats work way better than others. How do you feel about clickbait?
It’s very tempting to put a flashy or sensational headline on something, but if you’re presenting something that isn’t in line with what you’re about to give your audience, then you’re going to have problems. Your audience will recognize that. You have to give them some credit. If they feel misled, you’re going to lose readers long-term. It’s not worth that initial traffic.

Is there any single perfect metric editors should watch?
Looking at any one piece of information or data stream is not very helpful. If you focus too much on something like page views or time of day stats, you’re probably going to surrender a better understanding of the full picture. They’re all pieces of the same puzzle.

But can’t paying attention to so many things at once be too overwhelming?
There are unlimited streams about the work that you’re producing, so at some point you have to pay attention to the metrics you care about and make decisions for yourself knowing what you know. At some point you just have to step back and say, “OK, I’m going to write this piece and it’s going to do well.” And I don’t just mean do well in terms of traffic, but it’s going to resonate with an audience that cares about it and have an impact.

This is just the tip of the iceberg in understanding how data can be used. It’s just something journalists in general are going to have to reckon with, but it’s a fascinating one.