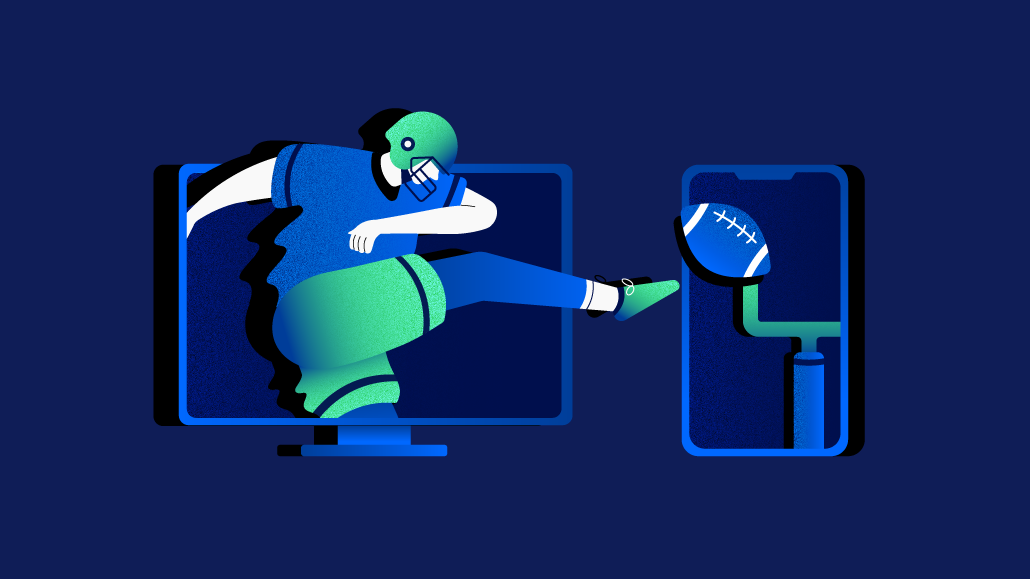 The pandemic has accelerated changes in the way people consume content — and live events are part of that transformation. For advertisers, the questions are the kind on which campaign success depends: In what ways (and numbers) have people returned to watching sports, e-sports and events such as the Grammys? Are they watching on their phones, or are they watching on CTV while they’re browsing social media or playing games on their phones?

A whopping 86% of people use other devices while watching TV. Between 68% and 76% of people look up information, use social media and check or respond to emails while they’re watching as well.

“The TV has a relationship with your phone while you’re watching any kind of live event,” said Chad Stoller, global Chief Innovation Officer at UM Worldwide. “The primary action is happening on your screen, and the secondary action is on your phone. In the world of sports, that becomes your replay machine or where you go for community commentary. Advertisers need to understand where else those people are going to be.”

With live events especially, there are many different ways advertisers can engage with consumers before, during and after. Between the big screen and the small, they are working to seize new opportunities to target and retarget, delivering the right message at the best time.

To take advantage of audiences’ second-screen phenomenon, marketers are creating mobile-specific campaigns around tentpole events. In a world of always-on content, it’s important to remember that many tentpole events have activities leading up to the main event that can be used to advertisers’ advantage as well, such as playoffs and qualifiers for sporting events.

Furthermore, some marketers are targeting the party-planning phase for consumers who use annual capstone events to host parties, such as with the Oscars or Super Bowl. In this way, they’re tapping into consumers’ mood and excitement over a much wider window of time even as they reach them through the usual channels.

It is, however, a tactic that many brands miss.

“A lot of brands don’t necessarily make that pre-investment to remind people that an event is coming up and that they should stock up,” said Stoller.

Another factor in play when major once-a-year moments approach is a consumer mindset shift.

“One thing that’s important to keep in mind about the Super Bowl, specifically,” said Stoller, giving one example, “is that it’s almost a permissible event for you to change your behavior. You’re playing into this mindset where you have permission to behave a little differently. There’s something about that emotion that you don’t really see advertisers tap into.”

Campaigns don’t simply stop when the whistle blows or awards are handed out. When it comes to food brands advertising during the Super Bowl or other similar events, for instance, “you will see these fast food brands advertise on NFL Sunday ‘get this meal,’ and it’s great but you’re talking to someone who is couch-locked for a while,” Stoller advised. “What’s not happening is retargeting that individual a day or two later when they’re starting to think about lunch and about the great meal offer they saw the other day. It means nothing unless you remind them later.”

Leverage different channels or platforms to engage with consumers

As consumers increasingly rely on their mobile devices, they discover new apps and websites, shifting their focus to certain apps in new ways. With so much focus on mobile and all the changes brought on by the pandemic, apps and services such as Instacart and GrubHub saw a popularity surge.

“These apps have really seen a surge in the last two years,” said Britany Scott, senior director for the U.S. Midwest at AdColony. “Now, how do you tell someone is making their grocery list for that tentpole event? How do you get ahead of that and reach them right outside of it to have that item be top of mind when they are making their list for the weekend? Whether this ends up being a combination of video placements, TV and mobile that tie into display, you have to think of how to recommend a sort of curated list. So, think of it like ‘if you’re going to do or buy X, here’s a coupon for that.’”

Advertisers who can identify the right strategy learn more about their consumers while also serving them increasingly personalized ads. As the live-event space continues to evolve, this is the information most valuable to advertisers seeking new channels for reaching audiences.

Consumer habits will continue to change

Reaching consumers on different channels and platforms is increasingly important as viewing habits change. For sporting events, for example, Gen Z is posing a challenge as they are less likely to identify as sports fans or watch live games.

On top of that change, Scott at AdColony sees yet another shift ahead.

“I see the TV as the second screen, as the mobile device is more communicative with them,” she said. “You have the opportunity to communicate back with a device versus a TV that is speaking to you. That connection right there, I think, trumps anything else that’s going on.”

And live events and the at-home parties typically surrounding them will continue to change as well.

“There’s always a Super Bowl party, and there’s always an Oscars party,” said Stoller at UM Worldwide. “After that, no one’s really getting together for the men’s swimming finals in the Olympics. But, people are getting together to watch ‘The Bachelor’ and ‘The Bachelorette.’ I think it’s more about the cultural moments. We’re going from the sports content driving these events to cultural moments driving them instead.”

Delivering dynamic, omnichannel campaigns that include pre- and post-event targeting is the key takeaway when it comes to marketing for tentpole events. Still, it’s also crucial that advertisers remember to craft campaigns that grab consumers’ attention and speak to the medium being targeted. Even though TV screens may capture the bulk of attention during sporting events and award shows, people are also engaging with their mobile devices during these events and others. Their choices, screen by screen, mark a significant opportunity for marketers to reach consumers in more personal — and personalized — ways.