How retailers can use geospatial data to predict consumer behavior 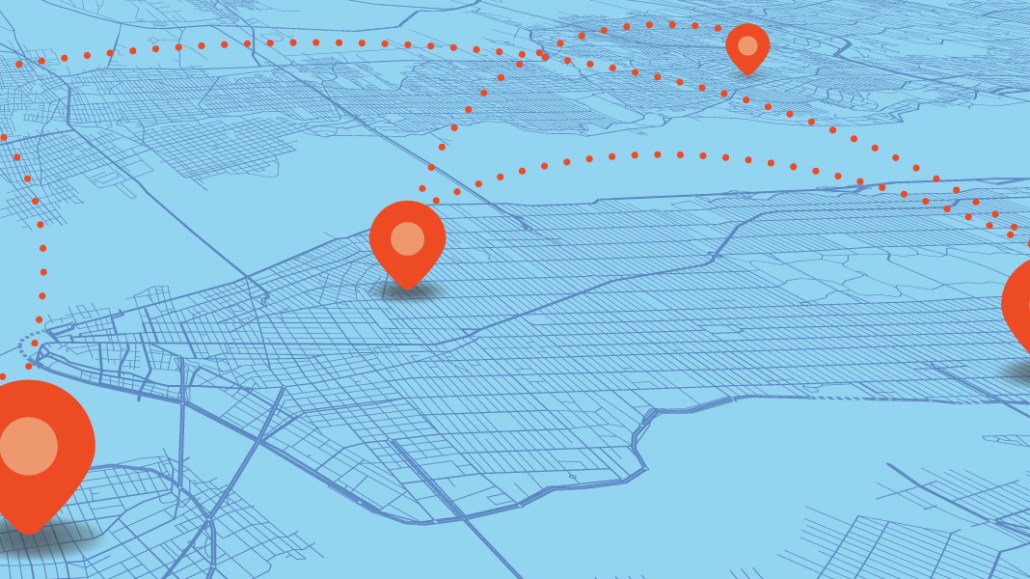 It’s 5 p.m. on a Saturday. A shopper enters a Nike store in Philadelphia. At 5:35 p.m., she leaves carrying a new pair of running shoes. All along, her smartphone had been beaming her location data to a performance-data specialist, which then relayed the information to Nike’s marketing team.

But what did Nike really learn about that shopper’s path to purchase? Sure, they know roughly where she was, and when. But isn’t anyone who enters a shoe store likely to buy shoes? If brick-and-mortar retailers want to compete with Amazon, they’ll need to turn their stores into a competitive advantage. First, they have to harvest location data from their hundreds of outlets to collect a data set Amazon doesn’t have. Then, they’ll have to walk in the giant’s footsteps by using that data to make predictions that drive sales.

According to the Mobile Marketing Association, 40 percent of client-side marketers are deeply concerned about data quality and lack of transparency in data sources and methodologies. In another recent study, 94 percent of senior brand marketers said they found it challenging to work with location data, in part because it can be inaccurate, and in part due to their own limited understanding of which third-party providers can help them. 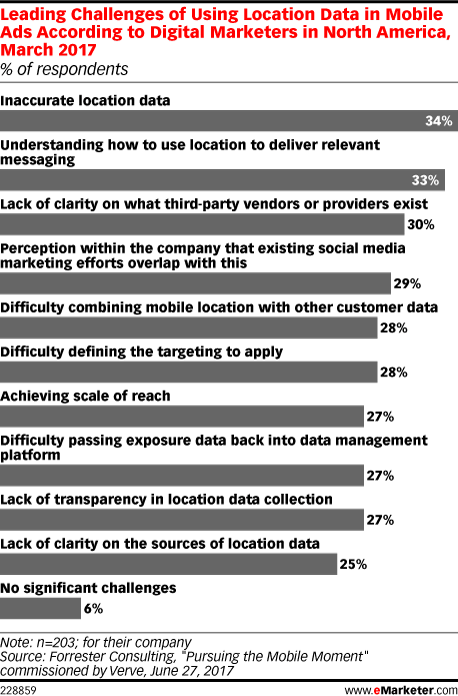 It doesn’t have to be this way. While raw location data helps a brand measure and answer questions such as place visit rates or where their previous customers live, a geospatial approach can be used to clarify that data and better understand where shoppers are in their path to purchase. Then, using that data, retailers can predict a shopper’s next move. Kimberly Yarnell, vp of digital media at Macy’s, commented that “location is not just about where a person is at a moment in time, it’s about where he or she has been and understanding where he or she may go.”

Accurate predictions must start with accurate data. Consider a high-end home furnishings retailer in Highland Park, Illinois. The retailer was using location data — simple latitude and longitude — to determine the number of customers visiting its store. But estimates didn’t line up with foot traffic. According to their numbers, the store should have looked like Black Friday every day.

In reviewing their data, Dstillery’s data science team discovered a common error. Because the retailer was looking for consumer data within an area rounded to one decimal point (i.e., 89.8 instead of the more precise 89.87654), the brand was seeing an abnormally high number of shoppers. In fact, consumers with mobile devices were walking the aisles at different stores dozens of miles away. Therein lies the risk of basing marketing decisions on surface level location-based data.

Geospatial data, on the other hand, takes into account a broader depth of dimensions beyond pure location. In this case, we noticed far too many devices at this location relative to other, nearby stores. Then, we used machine learning technology to filter out suspect location-based data, leaving us with a clean, accurate view of the store’s real visitors.

The retailer was finally set up for predictive success, using the precise data AI delivered.

The company understood that its audience was made up of soccer fans. But what did that really tell them? If an amateur soccer player walks into a retail outlet, she’s likely to buy sports equipment. But a couch potato who happens to be a diehard Real Madrid fan is far likelier to buy apparel. By diving into various online and offline indicators, we were able to identify subpopulations with highly specific interests. And — crucially — we knew where those people lived.

It was the geospatial data that made those insights invaluable. For instance, if we isolated a geographic area with a high concentration of one or two specific subpopulations — say, fans or soccer moms — we could help the company deploy highly focused direct messaging campaigns. In areas with a general mix of subpopulations, a general messaging approach won out.

It didn’t stop at marketing. Geospatial data helped determine which retail partnerships to pursue. After all, if a company knows where its various audience segments shop — and what they’re likely to buy — it’s easy for that company to determine which stores its products should be in. And in areas where shoppers can’t properly be served by their local retail outlets, a company can favor e-commerce partnerships. Armed with geospatial data, companies can tailor marketing and retail partnership strategies to highly specific populations.

Predictive is the holy grail

Early on, WPP chief executive officer Martin Sorrell proclaimed location-based marketing the “holy grail” for advertisers. Seven years later, its promise still feels elusive, particularly for retailers. But there’s still plenty of  hope. Technologies have advanced marketers’ ability to tap into mobile devices as another channel to engage consumers, and the industry as a whole continues to tirelessly shed itself of endemic data quality and transparency issues.

By embracing geospatial data as a strategic discipline, committing to using it creatively to predict consumer behavior, and pushing partners to live up to higher standards with respect to data integrity and transparency, brands put themselves in a significantly better position to win — even in an Amazonian climate.