Why smart TVs are a game changer for video advertisers 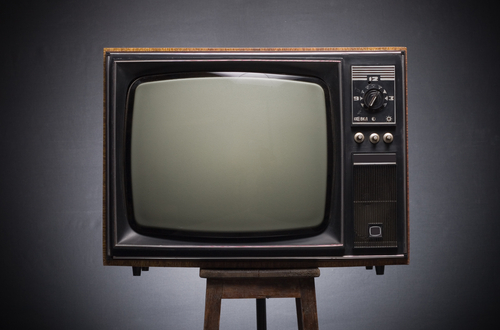 This article is part of the Digiday Partner Program and is brought to you by DG MediaMind.  The article was written by John Douglas, Senior Product Marketing Manager, Video at DG MediaMind.

Today’s media consumer is a lot like the most popular girl in high school – constantly bombarded by temptation but not likely to settle any time soon. For advertisers, this simply means they need to up their game. Now.

In this year alone – and it’s not over yet – we’ve seen big things from TV. From 4K and 8K displays to next generation consoles to the continued speculation around an elusive Apple TV, there’s plenty of innovation trying to edge its way into the living room. Even Google has taken another stab at the space with Chromecast.

At the same time, media and entertainment industries seem to be hesitant to go all in. We have the technology in place already, but those industries continue to ponder the repercussions and opportunities of an ever-evolving, tech-hungry consumer.

Where does the advertiser fit into this competition for eyeballs?  How can advertisers ensure they’re making the most of those hefty expenditures without ignoring the increased demands of the audience’s appetite for engagement, control and a more personal experience?

The big screen secret
The solution may be closer than you think. Perhaps we should take another look at the big screen itself.  After all, we still stare at it for upwards of 30 hours per week.

Smart TVs are often seen as just another screen with apps. At best, they’ve been promoted as the long-awaited interfaces that finally caught up to the 21st century. Concurrently, almost every TV manufacturer has been quietly building out technology and partnerships to actually make their devices intelligent. Chipsets have been embedded with the ability to identify exactly what content and advertising is on the screen at any given time, regardless of the source — a wealth of data that advertisers could use in countless ways.  Combined with open Web standards and apps that install and load at runtime, smart TVs have the potential to be a game changer.

TV, your new best friend
Sit comfortably on the sofa and check your email, read your news feed or social network yourself into a tizzy on that smartphone or tablet. But when you look up at the big screen, don’t be surprised if you have instant, real-time access and engagement, with your favorite TV show or commercial. What does such engagement look like, exactly? Maybe you vote during a variety show without switching apps on your second screen. Or you pull up the stats for your favorite player or team during the playoffs. Or maybe, just maybe, you decide to check on the very next show time for the movie being advertised on screen, without even so much as a search.

This is interactive TV, done right. It works across channels, it works across operators, it works across every device that’s plugged into the TV. Best of all, every bit of that interactivity can be managed and updated at the speed of the Web – to stay relevant, to educate and, most important, to improve the experience for your audience.

All is fair in love and war – and TV
Everything we know and love about rich media, interactive video and digital advertising will be fair game on the big screen. After all, these interactive components and the experiences they launch don’t run from the same pipe as the content.

Interactive TV ads in fact share the same digital campaign management platform as any other ads, like display, rich media, mobile and video campaigns; and they are created with the same tools. The true power of smart TV lies in the transformation of traditional content to genuinely memorable and engaging experiences in real time.

Smart TVs have the potential to effectively bring all of the attractiveness of digital to the forefront, and with the added benefit of interactive advertising. While smart TVs represent a relatively small portion of today’s TV market, they have all the potential for garnering a uniquely engaged, connected audience.

Not too shabby of a proposition, is it?