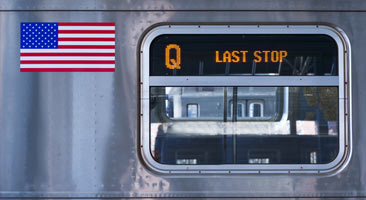 This is the final installment of a four-part series that explores how agencies are adapting to mobile. The series is sponsored by Celtra, the global leader for rich media mobile ad serving and analytics. It is written by Matevz Klanjsek, founder and chief product officer at Celtra.

Advertising agencies have a glorious past. In the 1950s they pioneered television advertising. In the 70s, they drove the industry’s creative revolution. But over the past decade everything changed. With relentless innovation, ad tech companies started to dominate the advertising landscape and today agencies are often reduced to mere middlemen. With the rise of mobile as the next big thing in advertising, they have a chance to regain the lead.

Online advertising was once in the same place as mobile is now. Today, it’s a $40 billion dollar business, dominated and run by ad tech giants. Agencies, complacent and underestimating the size of the opportunity, reacted slowly to the rise of online advertising and let tech companies not only set the technological standards, but also define the business model and user experience for online ads.

History is dangerously close to repeating itself. Instead of recognizing the huge opportunity of mobile advertising, agencies are playing catch up on desktops while ad tech moves quickly into mobile. In the third quarter of 2013, a whopping 49 percent of Facebook’s ad revenues already came from mobile.

Mobile is not just another desktop

Mobile is very different from desktop, both technologically as well as from consumer behaviour and experience perspective. Firstly, the use of mobile devices is almost ubiquitous. We use them everywhere, all the time. Mobile content is much more ordinary and organic part of our lives than desktop content ever was.

Secondly, the interaction with mobile content is completely different. Instead of clicking from webpage to webpage, we simply scroll through the content using our fingers. This makes the interaction much more direct and intimate and we consume larger amounts of content much faster and more smoothly.

Unique user experience on mobile also extends to advertising. On desktop, display ads are mostly simple static rectangles, clearly separated from the content. On mobile, they are mixed with the content, almost part of it. Because of the directness and intimacy of the mobile experience, they have much higher engagement potential. Therefore click-to-site ad interaction model that works so well on desktop isn’t appropriate for mobile.

This model was designed and perfected by ad tech companies because it allowed them to effectively scale and control the ad business. It diminished the role of content and creativity in advertising at the expense of efficiency of ad management and delivery.

In mobile, agencies will need to reach beyond that model and realize that advertising is about far more than just scale and efficiency – it’s about content, it’s about message, it’s about engaging the consumers. Mobile presents a unique opportunity for them to play to their creative strengths — and for once they have the advantage of superior knowledge and expertise.

Mobile is the opportunity to be creative again

The future of mobile advertising depends largely on the ability of agencies to get over their obsession with technology, stop senselessly emulating ad tech companies and start doing what they do best—­understanding consumers, crafting the right message for them, making it engaging and meaningful and spectacularly attractive.

Consumers are not eyeballs or clicks, they are real people who like to see something beautiful and fantastic, who like to indulge in this beauty, and who, eventually, like to buy it.

This is the essence of advertising. Ad tech is an important partner in this endeavour, but it must be a transparent and balanced partnership. Ad tech companies should aspire to provide the best possible tools ­ not just technologies ­ for advertising and rely on the agencies to do their job at least as well. It’s a business and a tough one, but if we don’t have a joint goal of making advertising better, it might just happen that in the end we’ll all run out of business.