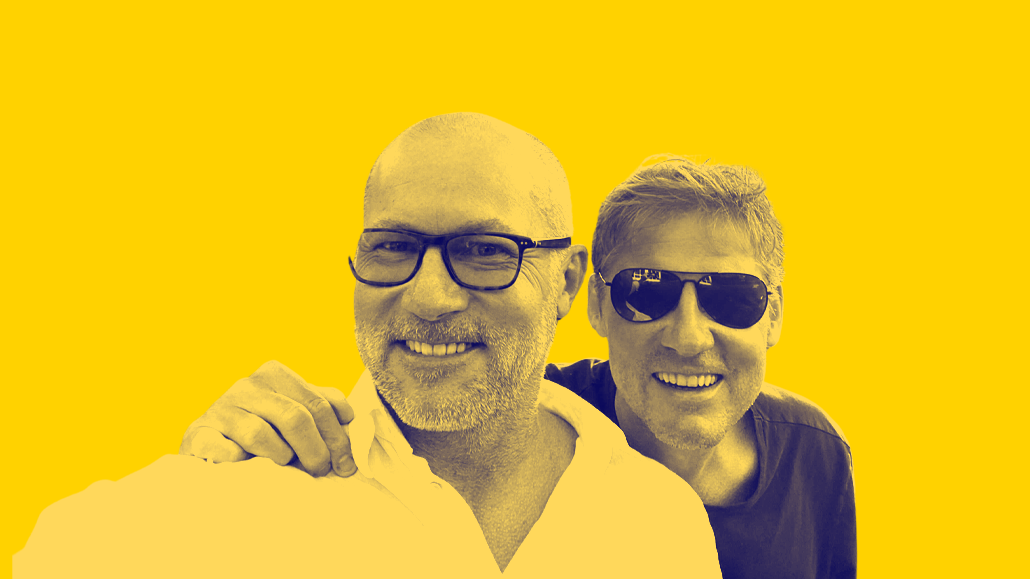 Media companies face a myriad of challenges: navigating data privacy issues, weathering advertising spend slumps, competing for audience attention against social media giants, luring readers to become paying subscribers, looking for new businesses to diversify revenue streams to ease the reliance on platforms and what to do with their first-party data troves … the list goes on.

Their first order of business is to create new brands and verticals to capitalize on traffic and revenue growth, the latter of which they say has doubled in the past year.

The brothers aren’t starting from scratch — both have had decades of experience in media. Eric, the elder brother by two years, spent 14 years at Bonnier (five as CEO). He was also an executive at Time Inc., Condé Nast, Mariah Media and Rodale. David spent nearly a dozen years at Rodale (it was reportedly a mutual decision not to renew his contract in 2012), and was formerly editorial director of Men’s Health, Women’s Health and Prevention.

Digiday spoke to both brothers on the phone from David’s home in Southampton (though he is based in New York City), where Eric was visiting from his home in New Canaan, CT.  — the two are working there to onboard Eric before he assumes his newly created role August 2.

David will stay “on the creative side,” while Eric is “adding more left brain to the organization,” David said, who energetically discussed the company’s recent growth and future; Eric was the more even-keeled one, answering questions with a well-crafted sentence or two — this wasn’t his first rodeo.

Eric acknowledged that he has “been responsible” for “unpleasant work paring down legacy media,” including with layoffs and closures. But he is motivated by his brother’s company and “the opportunity to nurture, develop and provide guidance and perspective to a small, efficient organization.”

Jason Kint, CEO of publisher trade group Digital Content Next, said he is not surprised by Eric’s move “after the tumultuous past year.” A media executive would “jump for new energy and opportunity including working with family and cultivating emerging media brands,” he said.

There’s no question that media employees are looking for new or different opportunities, especially after the past 18 months. Many are feeling burnt out (a survey of 1,099 U.S. employees by the Society for Human Resource Management in May showed 41% of U.S. employees said they felt burnt out from work).

Galvanized specializes in evergreen, health-related content. Its two biggest digital brands are Eat This, Not That! (which ranks healthier food choices — such as the best ketchup for you or the unhealthiest salad to order at a restaurant — as well as health-related news) and Best Life (an advice and lifestyle website). Last week, the company launched a new brand called CelebWell, about celebrity health.

In June 2021, Eat This, Not That! had 15.4 million total unique visitors, a 34% increase year-over-year, according to Comscore data. Best Life had 10.4 million uniques, a 43% increase. All three brands have an average of two minutes spent on site per session, roughly marketers’ benchmark for average session duration, according to research by Databox, a business analytics company.

Galvanized, which is fully owned by David, is profitable, he said, and claimed revenues more than doubled year-over-year, but declined to share specific numbers. About 70% of Galvanized revenue comes from programmatic advertising and 25% from content syndication (such as with its travel brand Travelicious, a syndication partner of MSN.com). The rest of the business is made up of trade book publishing and affiliate fees. Galvanized is on Meredith Corp’s advertising platform, meaning the publishing giant handles its programmatic ad operations.

David attributed this growth to the “lengthy global pandemic, which increased interest in personal health, at-home fitness products and services. There was an explosion of interest in self-care.” The influx in traffic led to programmatic ad revenue growth, David said, adding that the company will work to maintain this momentum with “continued investment in editorial, new brands, and brand extensions — which Eric will help explore.”

The company has about 30 full-time employees. It will add five to 10 more full-time staff to its headcount by the end of the year, David said, mostly to grow editorial. It plans to create a portfolio of brands by creating at least two brands per year  — starting with personal finance and pets — to grow its scale and reach.

“It’s all going to come down to the audience numbers the company can achieve for each vertical,” said Clair Bergam, associate media director at Media Kitchen. Offering advertisers content that focuses on a specific vertical and running additional ads through a publisher’s network can be beneficial, but “if the audience numbers are really low the juice isn’t worth the squeeze,” she said. David declined to share vertical-specific traffic.

Eric wants to take advantage of the company’s first-party data, and launch premium subscriptions and newsletters down the road — and both brothers spoke of wanting to launch an e-commerce business.

“I have spent time working for other family-owned private companies and now I have a chance to work for my own family,” Eric said. “The mission really is personal for me.”

It’s unclear how Galvanized will handle the return to in-person offices; it had office space in New York, but let it go amid the pandemic. The company has an office in Bethlehem, Pennsylvania, where the Zinczenko brothers grew up. In an anonymous survey conducted by the company, Galvanized employees said they were more productive working remotely, David said.

“We are still thinking about next steps, but we won’t come back to an office environment at least through this year,” David said. They will also not consider location when hiring employees this year, “so that we can find talent and hire them unencumbered,” Eric said.