How The TSA Does Social Surprisingly Well 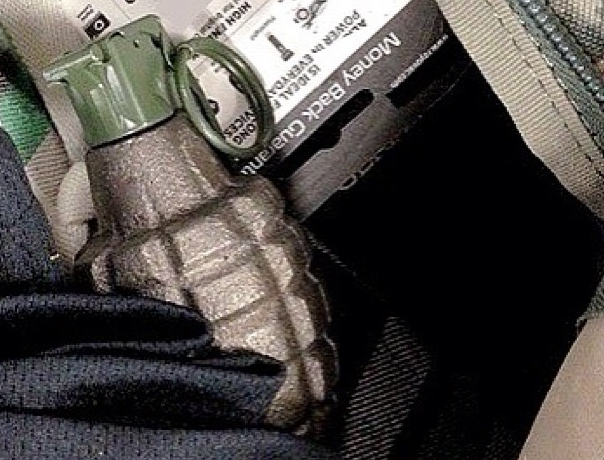 A dagger with a brass knuckle handle. A 60 mm. mortar round. An inert grenade. The TSA has photos of them all in its killer Instagram stream, nabbed from passengers at various airports.

When you hear the words “social media” and “real time” in the same sentence, chances are you think of Oreo and its famous Super Bowl tweet, or some hashtag game awkwardly co-opted by a major brand. But the Transportation Security Administration? What do the guards who pat you down at the airport have to do with viral Instagram posts? More than you’d think.

The TSA Blog, Instagram and Twitter accounts were launched mainly to educate the public on the kinds of things that are acceptable to bring on board planes. Each is updated regularly, and those managing the accounts respond daily to numerous questions and concerns from traveling citizens.

But something interesting has developed over the past year or so. The TSA Instagram account, which only launched late last June, quickly mushroomed to 50,000 followers. Many of the TSA’s photos receive more than 1,000 likes. It’s no wonder: The photo stream manages to be as entertaining and funny as it is informative. Posts frequently feature photographs of contraband seized at checkpoints, like this 8 ounce can of bear mace, along with tips for travelers.

“I try to pick something educational and that might generate discussion,” said Bob Burns, the TSA social media analyst who runs the agency’s Instagram account. “If I show a picture of a knife inside of a comb, I can show that there are people trying to sneak weapons onto an aircraft.”

TSA’s Twitter account, managed by public affairs representative Lisette Garcia, has around 13,000 followers, up from around 2,000 last October. Twitter has become a space for the agency to provide advice, answer questions and, in some respects, play a customer service role typically reserved for airlines.

“We realized how important Twitter is to the general public and how in real time the TSA could help travelers with making decisions on what to bring or what not to bring,” said Garcia. “If someone complains over Twitter that they left a laptop behind, we immediately tweet back, ‘We’re sorry to hear this, this is the number you should call.’ Or if people complain about long lines, we tweet back, ‘We apologize for the wait,’ and let them know that we let the airport spokesperson know.”

Though normally more active, this past week the TSA has been relatively quiet on its social outlets in order to show respect for the fallen TSA officer Gerardo Hernandez. This morning at 9:20 a.m. PST, the agency will be holding a moment of silence at airports nationwide.