‘There’s a lot of posturing’: Microsoft Windows exec on the browser-privacy wars 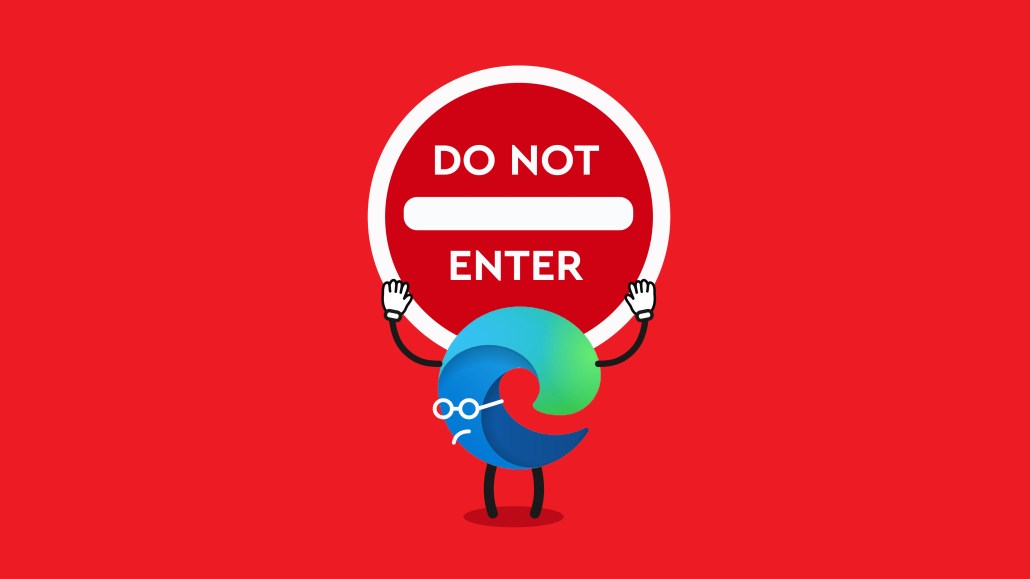 Microsoft became the latest in a long line of tech companies to ramp up its attack on ad trackers last month when it rolled out the latest version of its Microsoft Edge browser.

Built on the same open source code as Google’s Chrome, the new version of Microsoft Edge has an enhanced tracker-prevention feature that is turned on by default. Microsoft has claimed this feature blocks 25% more trackers than its prior version of the component.

Digiday spoke with Aaron Woodman, Microsoft’s general manager for Windows marketing, about the switch to Google’s Chromium code, how his team is aiming to differentiate Microsoft Edge’s privacy features, and the rise of privacy “posturing” in some corners of the tech community.

This interview has been condensed and edited for clarity.

Edge now has a tougher take on tracking prevention than before. Why did you choose to tighten this up now?
A lot of it has to do with the engineering decision we made a year and half ago [to incorporate Chromium].

The challenge in our previous world was where we were … struggling to have compatibility with the web. It was consuming a lot of our engineering resources. The switch to the Chromium allows us to take resources that were chasing compatibility and move them to features we wanted to focus on but haven’t been able to do — because nobody wants to use a browser that might be more secure but can’t render the web.

There’s an argument that blunt blocking of trackers can result in unintended consequences, workarounds that can be be even more privacy invading like fingerprinting. How do you respond?
People believe there’s a binary answer: You can somehow turn tracking off and you either suffer the consequences [or not]. I don’t think the world works like that.

I also find people think that advertising equals tracking and tracking equals advertising, which is just not true. Oftentimes the context of the ad is based on the content of the page you are on, and that carries 80% to 90% of the effectiveness of any given ad.

There’s some posturing of “Here’s what we are gonna do [on privacy].” But then really the work is left up to customer and the complexity is high. By inserting more control that’s accessible for the customer, we want to start to see that play a role in how web developers and advertisers think about the web.

Various Microsoft representatives take part in World Wide Web Consortium groups, including those focused on the future of ads on the web. What kinds of things is Microsoft working on there?
There’s so much confusion and noise in the system that it’s very, very difficult to get a real honest beat on where the industry is, what the impacts are and what customers want.

We [have a set of] Microsoft-level principles that we have really championed in our products, including in our Edge product. First and foremost this is about transparency: It should not be complex to understand or to be able to manage these things.

Second, it is about control.

The third is about balance. But that balance is determined not by individual companies. That balance should be determined by the consumer or customer perception or cultural or regulatory demands.

At some level, those are the principles guiding … the broader engineering efforts across the company and then guiding a lot of the work we are doing in the participation of those forums.

It does seem like privacy is table stakes, but there’s also a marketing aspect to it for some browsers. … Is that not the case [for Microsoft Edge]?
The only [metric] we are measuring in terms of marketing effectiveness over the next year is comprehension of the value proposition.

We have real differences in the way we have applied our philosophy inside the browser, specifically around privacy. I believe if customers comprehend that, they will increasingly choose products that have that as a top-level respect component.

One of my fears … is that privacy is a tragedy of the commons concern, meaning that everyone generally is worried about this thing, en masse. There’s concern we should have about this thing culturally. But because the acute pain might not be individually felt at any given moment, it doesn’t spark customer choice. It won’t change.

Microsoft [has a] stance in terms of what we think is right and how we want to treat and think about our customers, but it might not be a massive mover for the industry.

Unfortunately we are living in a world where people just read headlines and key messages. It’s very easy to say, “We have new privacy features.” I do worry that as [privacy] becomes topical, relative to browsers and other digital products, that there’s a lot of posturing without a principled or real meaningful differentiator or accessible approach for customers.

Chrome’s cookie announcement came a day before the Microsoft Edge launch. Did it take the wind out of your sails somewhat?
In general, the Chrome team [members] have been incredibly helpful, both in terms of getting us on Chromium [and] working with us on some of the contributions to the open source community. So I have not personally had this sense of animosity or concern over there.

When we looked at our objectives for that original graduation date of Jan. 15, we are really thrilled with the reception. … So no, I don’t feel like there was any wind loss or damage done.