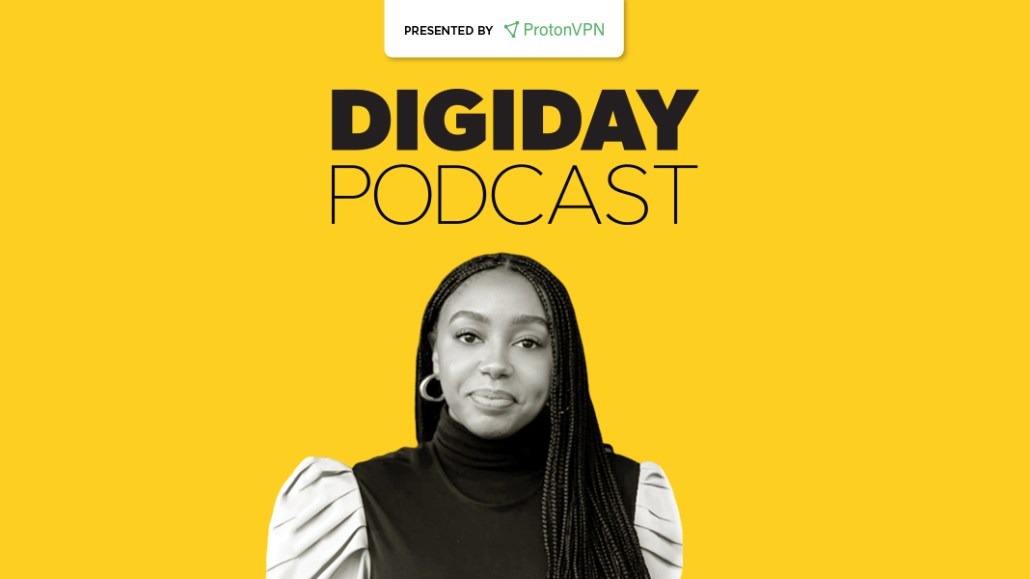 “I want to see brands, publications, everyone in the industry commit to a long, sustainable change,” Peoples Wagner said on this week’s episode of the Digiday Podcast.

Peoples Wagner is a rarity in glossy media: A 29-year-old black woman from a small university in the Midwest, without connections or a rich family bankrolling her initial career. Instead, she worked her way up, moonlighting dressing mannequins and working as a waitress. In October 2018, she was named the top editor of Teen Vogue, which has made a name for itself by melding fashion with social issues.

She recognizes her path isn’t for everyone — and media and creative professions need to adapt in order to expand opportunities to underrepresented groups.

“You have to be willing to hire different kinds of people who will challenge you,” Peoples Wagner said.

“I don’t approach anything we do on Teen Vogue as this elitist way of telling you ‘how it really should be.’ It should be a community. Our readers have a voice. They should be able to be amplified on our site and not feel like it’s just people telling them how to think and feel. That’s the approach that we cover everything [with]. I’m not going to pretend something isn’t happening. I’d rather give you the tools and resources and knowledge to decide for yourself. I think it’s worked for us because that’s honestly the way things should be. “

“Even in my own position, it has to be younger people, a lot of times. There is this difference of opinions on a lot of different changes that need to be made. It has to come from people who are actually feeling hurt by things that aren’t being changed. It’s very appropriate. You see that with Greta [Thunberg], you see that with Malala [Yousafzai], with so many people that we’ve had on the covers — young people starting this revolution of saying ‘this isn’t good enough. We’re not going to just take what the adults and older people are giving us, because that’s unacceptable.’ The weight has a lot of times fallen on people and people of color, and specifically black people. If that’s the only way change is going to happen, we just have to keep doing it.”

Referral hiring can be deadly for diversity

“The hiring practice pipeline needs to be changed completely, honestly. The way we recruit people, find people — and I say ‘we’ as in people in the industry — is always too insular. Fashion can be such an inside baseball game of who you know. As someone who didn’t come from this industry, I know what it’s like to try to prove to people that you’re working hard. The hiring practices have to be reconsidered [in] how you’re even finding people in the first place. People are so lazy about just hiring a friend of a friend or someone they know. Too often in media there’s this idea that people want to hire only a person of color or black person who is palatable for white people, who they feel won’t speak out too much or cause any trouble or won’t ruffle any feathers. That bias has to change. You have to be willing to hire different kinds of people who will challenge you.”

Join us this Friday, June 12 at 12 p.m. ET on The New Normal, a weekly interactive show focused on how publishers are adapting their businesses. Chad Mumm, SVP of Entertainment at Vox Media Studios, will talk with Digiday editor-in-chief Brian Morrissey about its approach to remote video production and the future of live-streaming. Register here.