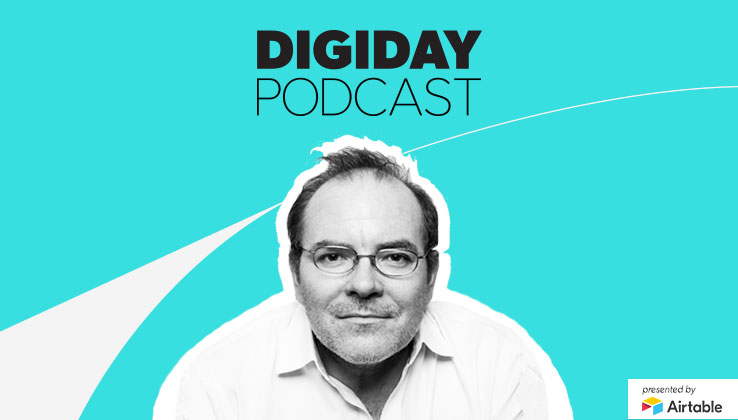 Talking Points Memo founder Josh Marshall started the website as a personal blog in 2000. Today, TPM is a 25-person independent publisher that’s moving from an ad-dependent model to over half of revenue coming from 26,000 subscribers.

“It’s unwise and extremely difficult for an independent publication to stay in existence without heavy reliance on subscription revenues that are based on a direct relationship with readers who have a commitment to the publication,” said Marshall on the Digiday Podcast. “For the first two years, we grew it on a low-key basis. The growth has been pretty consistent from 2015 until now.”

Marshall discusses advertising challenges for a small publisher, downsides of venture capital, not pivoting to video and more on the episode. Edited highlights appear below:

Venture capital pitfalls
“As a journalist, control was key to me. I was lucky to understand quickly what you’re signing when you talk to people about investing in the company. You don’t have control of what you’re doing. You can end up with people who are not journalists or don’t have your priorities and goals calling the shots. A lot of publications went in a wrong direction, focusing on scale. A lot of journalism was distorted by following a path that makes sense for certain kinds of technology companies that have scale and network and path dependence. Investors want to hear about hockey-stick growth. Media doesn’t operate that way.”

Unique visitors don’t equal audience
“Scale and eyeballs are not an audience. We do not have a huge audience. When you come down to what’s your audience, it’s people who come to your site on a daily basis, know they’re coming to your site and not because Facebook is feeding it to them aggressively, and would feel they were losing something if you no longer existed. We have [4 million] to 5 million uniques, [according to] Google Analytics. Half of those people contact the site once a month. Clearly, those are people who don’t even know we exist. So we don’t look at it, but we do look at the number of pageviews that are being consumed by subscribers. Our goal is a certain population of people who come to our site every day of the week, and we want them to subscribe.”

Not shifting to video
“In 2007-2008, we did a daily show. We licensed it, so monetization wasn’t our problem. For a site that’s basically about text, it’s hard to get people to watch a video. It was hard to even get 10,000 views. A few years ago, in our direct advertising RFPs, we saw they really wanted video content. I’m a businessman; I wanted to be able to run the video ads, but I understood how hard it would be and still not have that many video views. It wasn’t about video views — it was about the entire digital advertising industry. When the pivot to video was happening, I knew the money wasn’t going to be there.”