Ads.txt has gained adoption, but 19 percent of advertisers still haven’t heard of it

It has been nearly a year since the Interactive Advertising Bureau Tech Lab introduced ads.txt as a way to ward off certain forms of programmatic ad fraud. In that time, publisher adoption and advertiser enforcement of ads.txt have increased.

But the industry effort still has work to do. A sizable share of ad buyers have no idea what ads.txt is, and a similar percentage of publishers have errors in their ads.txt files, which list the ad tech firms authorized to sell publishers’ inventory programmatically. Here are five charts that show how far ads.txt has come and how far it still has to go.

Many ad buyers don’t know what ads.txt is
Most ad buyers are aware of ads.txt, but 19 percent of ad buyers have never heard of ads.txt, according to an Oath-commissioned survey of 222 advertisers and agencies by Advertiser Perceptions in February 2018. “There’s more education that needs to be done,” said Oath President Tim Mahlman, who told his sales organization that it needs to do a better job of schooling its clients on ads.txt. 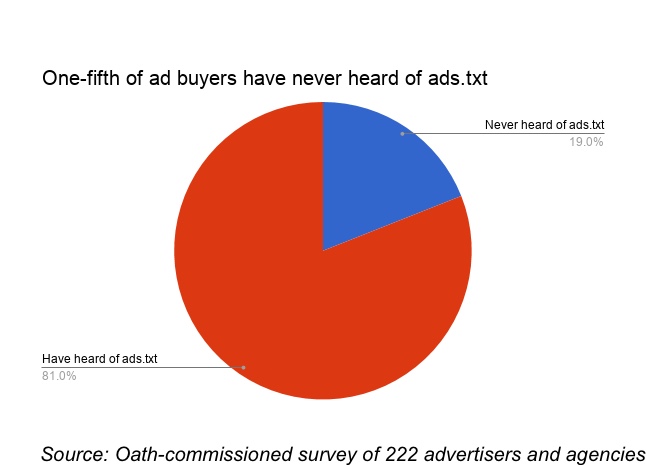 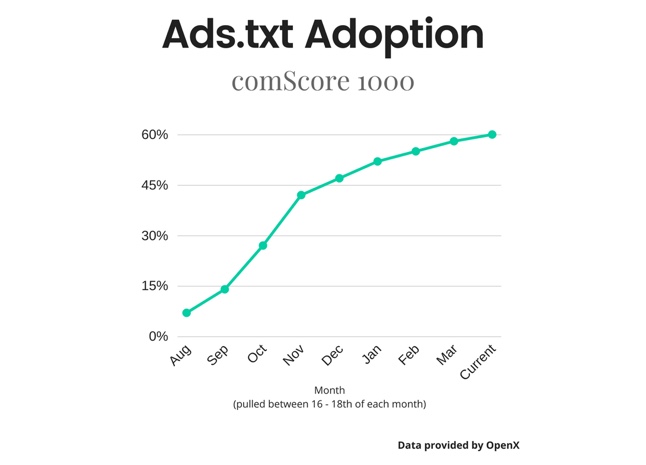 Ads.txt is most prevalent among news publishers
Ads.txt files are most commonly found on news sites, followed by sports and entertainment sites, according to BuiltWith, a tool that scans the technologies used by websites. 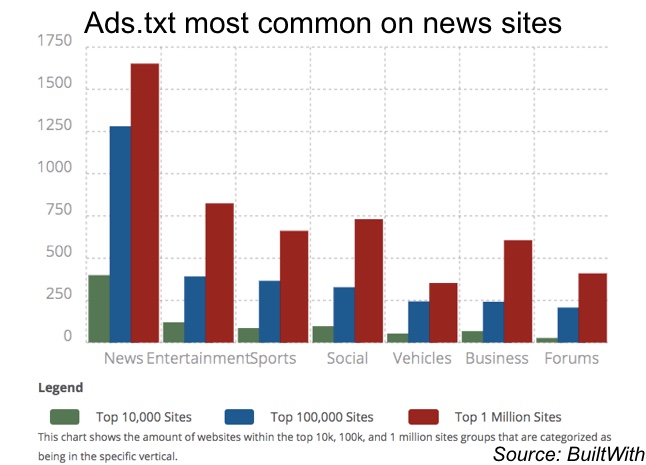 Google is the most popular programmatic seller
Ads.txt is intended to make programmatic advertising more transparent. And it has by showing which automated ad sellers are most popular among publishers. Google is listed on 93 percent of the ads.txt files found among Alexa’s list of the top 1,000 sites, according to ad tech provider FirstImpression.io. It seems that Google’s efforts to assist publishers with putting together their ads.txt files has paid off. 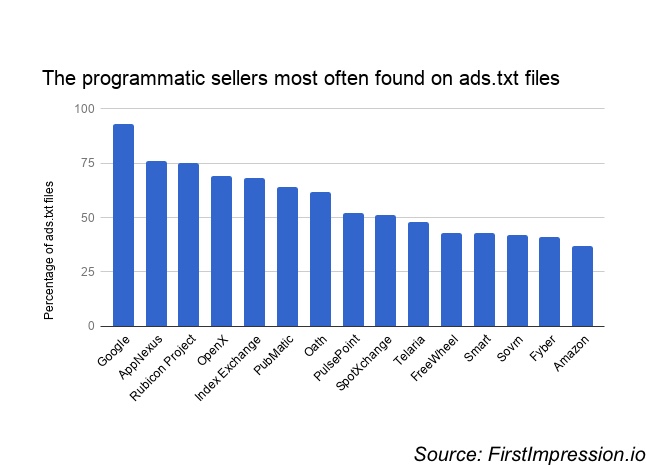 Automation isn’t without human error
One reason some publishers were slow to upload ads.txt files to their sites is the time required to wrangle the necessary information to include on those files and to ensure that information’s accuracy. Yet of the ads.txt files found on the Alexa top 1,000 sites, 17 percent include errors, according to FirstImpression.io. 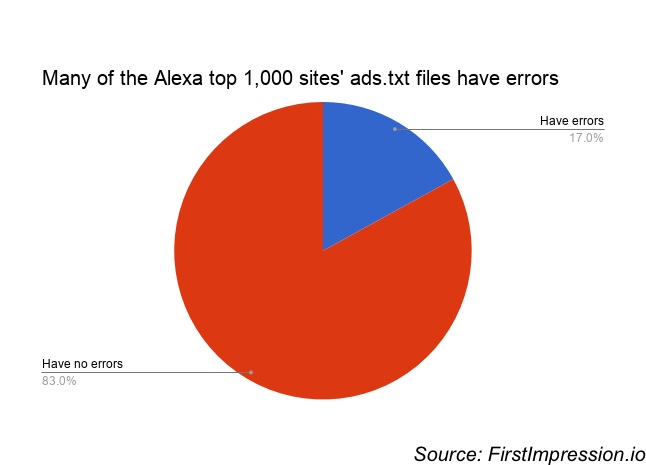