‘Someone you want to follow’: The exec revamping Condé Nast’s commercial model across Europe 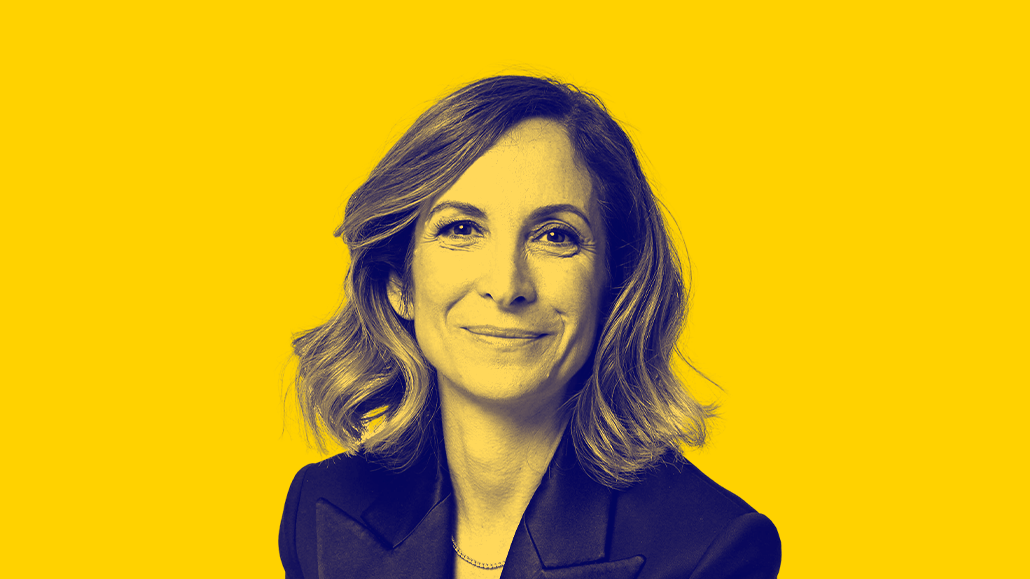 Natalia Gamero del Castillo has had to overcome her fair share of challenges over two decades at Condé Nast. The latest one, however — maintaining the local integrity of the company’s brands while they innovate their online presence — could be her hardest yet.

I’ve always thought that the big opportunities come from the unexpected moments because it forces you to reflect on plans.
Natalia Gamero del Castillo, Condé Nast’s managing director in Europe

Not because it’s new per se.

From the emergence of social media to the unbundling of the publisher model, there’s not much this industry can kick up that the Spanish media exec — Condé Nast’s managing director in Europe — hasn’t already faced in some shape or form. Rather, it’s the amount of contortion needed to wriggle through this latest set of pandemic-induced challenges that are unprecedented.

The balancing act has put a new spotlight on the U.S. — which has already had its fair share of challenges in recent years — and is now serving as a sort of playbook for Gamero del Castillo, who has been working with Condé Nast’s global chief revenue officer Pam Drucker Mann to revamp the publisher’s commercial organization across Europe ever since she took on the job in January.

“This has represented a huge advantage because in many ways our U.S. market has already gone through the process of digital acceleration that we are implementing now in Europe,” said Gamero del Castillo.

Subs revenue alongside ad revenue. Centralization versus fiefdoms. Vision or sensibility. Gamero del Castillo is at the coalface of all of these tough choices and more at Condé Nast. It’s been this way ever since she took on the job after overseeing the publisher’s titles in Spain. And If the pressure is getting to her after eight months — a period where high profile editors have left and layoffs have been announced amid a sweeping restructure — then it doesn’t show. She’s candid about the challenges ahead but confident they can be overcome.

“I’ve always thought that the big opportunities come from the unexpected moments because it forces you to reflect on plans,” explained Gamero del Castillo. “It’s a key moment for the company because we’re joining our five European markets into one, which takes time and has to get the global to local dichotomy right.”

In many ways, Gamero del Castillo is everything you’d expect from a Condé Nast exec. In other ways, she’s the complete opposite; she’s passionate about her work but could just as easily fill the time talking about jazz — specifically pianist ​​Keith Jarrett and his seminal performance at the Köln Concert in Cologne, Germany. She’s been a trailblazer at the publisher, and yet is more comfortable talking about her teams than herself. She doesn’t look for excuses when talking about what has gone wrong at the publisher. Her achievements in Spain are a testament to that. When she got promoted to the job during the summer of 2019, unique users across all the publisher’s digital platforms were just over 20 million, per the company. When she got promoted around 18 months later, that number was north of 30 million.

“It’s been interesting being part of something big, so big that you cannot control, and learning to trust,” said Gamero del Castillo. Trust is the prerequisite for any network to succeed and for the first time in Condé Nast’s history, it is working as a network.

That is to say, the old Condé Nast approach of different brands running with near-autonomy is a relic. Gamero del Castillo’s role — the first of its kind — is a tacit admission of this. In fact, steering the business away from these fiefdoms has been a major focus from the moment she started. The publisher’s pivot to centralization — albeit one laced with local leanings — is in full swing.

In four years, a third from print and digital advertising: another third from a video business that spans licensing and advertising: the final third from readers through the likes of e-commerce and subscriptions.

Local editorial teams for specific brands that once ran independently of one another have been brought under one editorial director. See GQ’s first-ever global edition of GQ for September. Some 17 the brand’s international editions joined forces to collaborate on, and simultaneously publish, a cover featuring The Weeknd. Each edition also co-produced and co-published a portfolio called “Voices of the Future,” which showcased 21 emerging musicians, each of whom was nominated, photographed, and profiled by one of the editions. As much as Condé Nast’s top brass have embraced the collaborative model, they’re wary of veering too close to homogeneity. Not when they hope to break even again next year after years of layoffs and losses. Indeed, Gamero del Castillo appreciates the cultural cache those brands have both locally and globally, but the combined brand-category model lets her teams sell to advertisers backed with broader company data and consumer knowledge.

That a prestigious publisher like Condé Nast is unraveling these problems is nothing new. The pandemic undeniably hastened the end of the scale era of digital media, as monolithic ad-dependent publishers were battered. But its outlook for the future has sharpened over the last 18 months as CEO Roger Lynch’s pursuit of direct reader revenue streams gathered pace.

Over the next four years, the former Sling TV and Pandora exec expects money to come into the business via three funnels: a third of it will come from print and digital advertising: another third will be generated by a video business that spans licensing and advertising: the final third will come directly from readers through the likes of e-commerce and subscriptions.

But as well-trodden as the route to those revenues is, it’s going to be difficult (and expensive) for Condé Nast to reach them all. To boost those odds, Lynch already plans to increase the company’s investment in content by 25% over the next four years. A notable chunk of this spending will be on new video products and series as well as events and hires. Essentially, video is now the growth driver for Condé Nast. Revenue for the Condé Nast Entertainment video business, which launched in 2011, was more than $165 million in the U.S. alone in 2020, according to The Information. So far revenues are up 33% this year compared to last.

Little wonder then why the former president of Condé Nast International Wolfgang Blau, who is known for being somewhat clinical, recommended Gamero del Castillo to the managing director role before he left a year ago. Unlike Blau, she has kept a relatively low profile. Her track record at the business, however, speaks for itself.

“When I started in 2008 at Condé Nast, Natalia had just been given the responsibility of launching all the titles on the web,” said Santiago Oliete, managing director of ad tech business Teads in Spain. “She counted with little resources, and little support, but she managed to build a very solid platform and editorial strategy that made Vogue.es the biggest Vogue site globally just behind Vogue U.S.”

Gamero del Castillo’s on course to have a similar impact across the wider business.

May was a record month for British Vogue across the board. Digital ad sales for the publisher surpassed £1 million ($1.4 million) on the back of an interview with the singer Billie Eilish that had a total of 1.5 million readers and over 8 million video views over the period, per the publisher. It capped off a strong start to the year for the European arm of Condé Nast. Between January and April, Condé Nast Spain saw a 44% rise in year over year unique monthly visitors. Even the publisher’s gambles seem to be paying off. Glamour Germany partnered with TikTok for the first time for a campaign that had over 13 million impressions, and a conversion rate of 35%.

“While we’re diversifying our revenues we remain hopeful with advertising because we’ve seen across Europe that digital ad revenue has duplicated over the second quarter compared to the same period last year,” said Gamero del Castillo, who did not provide exact figures.

Not that she is getting carried away. After all, fortunes in media can change on a dime. That was brought into sharp focus last year when accusations were made about inequality at Condé Nast. A publisher oft-vaunted for its ability to keep its finger on the pulse of culture had seemingly let it slip. It speaks to the perils of balancing corporate with local culture — something Gamero del Castillo is all too familiar with as she tries to balance the local sensitivities of Condé Nast’s editorial and commercial teams with the global ambitions of the business. So much so that she went on a whistle-stop tour of the publisher’s offices in France, Italy, Germany, Spain and the U.K. where she will be based in London.

It speaks volumes about Gamero del Castillo’s character that she pinpointed this period as the best part of her new job to date. “Probably the most gratifying part has been traveling to the countries, meeting our teams in person, and identifying good practices here and there that could become wider European businesses,” she added.

Meet-and-greets aside, the summer trip was a chance to scout new ways of working and confirming those aforementioned areas of growth for those markets.

We have an opportunity to strengthen the uniqueness that defines our brands in all their markets but at the same time it’s an opportunity to create structures that help us to manage the business in a faster and more efficient way.
Natalia Gamero del Castillo, Condé Nast’s managing director in Europe

“Condé Nast has been brand-led for years and it’s been a very successful formula that was built on this idea that taste was the differentiating factor,” said Douglas McCabe, media analyst at Enders Analysis. “But that hasn’t translated successfully online. It comes down to commitment. Condé Nast’s team has tried to tweak pressured parts of the business but not nearly enough or with enough confidence to establish a sustainable online media business.”

Gamero del Castillo learned a long time ago the importance of doing things with conviction.

When her father fell ill in the 90s it was a turning point. Until then, she was well on her way to a successful career in law. She had traveled to London to complete a master’s degree at University College London but returned home to Spain to be with her father. “It made me feel like I had to follow my real passion, which was media,” she explained. The decision kicked off a career that started at VIA DIGITAL, one of the first TV platforms in Spain, which acted as a springboard for becoming an editor at El Cultural de El Mundo, the prestigious supplement for El Mundo national newspaper before she settled at Condé Nast.

It’s a gilded career in media that goes some way to explaining Gamero del Castillo’s perspective on her current employer. She sees it all in the round; from both editorial and commercial sides. As she explained: “We have an opportunity to strengthen the uniqueness that defines our brands in all their markets but at the same time it’s an opportunity to create structures that help us to manage the business in a faster and more efficient way.”

The deck is often stacked against sustainable media, but figuring out ways around problems is the only option. And Gamero del Castillo has proven time and again she’s a problem solver.

“After just two months of working with Natalia I was pretty sure that one day she would become president of Condé Nast Spain,” said Oliete. “She is a true leader, a hard worker, someone who you want to follow, someone who you can trust will make the right decisions; this mixed with her great interpersonal skills makes her a person who you enjoy working with.”