Publishers are unlocking fitness classes for people stuck at home 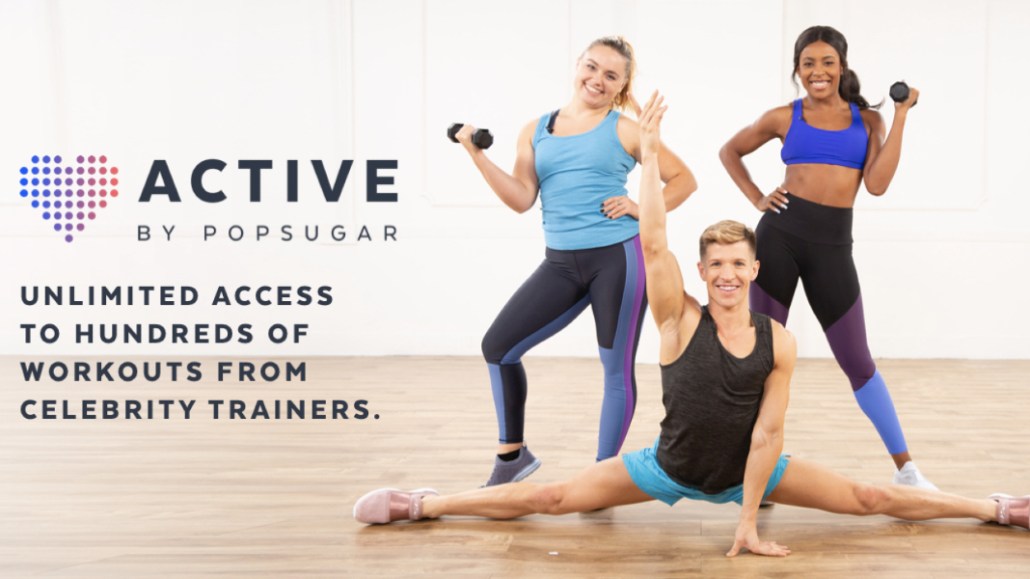 Unlocking paid online fitness classes may seem like a strange move when the only option for most people is to work out at home. But some fitness and wellness publishers have done exactly that.

PopSugar Fitness vertical moved up the launch of Active, a subscription online workout class platform, but decided to not initially charge the subscription fee. Mindbodygreen moved five of its best-selling e-learning classes in front of the paywall. And Hearst Magazines is extending the free trial period of its All/Out Studio subscription video workout app from seven days to 30.

Making the classes free costs revenue in the short term. But it also fills publishers’ marketing funnels with potential customers by allowing audiences to test the classes and see how the brands are looking to provide services to their communities while coronavirus shutters audiences in their homes.

PopSugar moved up the launch of Active, a monthly subscription to a library of fitness content from PopSugar Fitness, by a month because so many gyms and fitness facilities were closing and people starting to take social distancing more seriously, general manager Angelica Marden said.

Active is a rebranding of Glow by PopSugar, which originally launched last year as a marketplace for fitness classes and goods. Marden said that when her team decided on Friday, March 13, to push up the launch date to Sunday, March 15, they were able to make it happen over the weekend. Since going live, Active has had over 6,000 sign-ups.

Marden said the platform will be a consumer revenue stream down the line, but Active will be free for an indefinite period of time. The price point and date for the subscription product to go into effect has yet to be determined. “We’re happy to introduce the people to this platform in this weird time and hope that they will come back to us,” said Marden.

Mindbodygreen’s online library of over 80 fitness, nutrition and mental health classes, is on pace to generate at least $10 million in revenue, company cofounder Jason Wachob said last year. But the wellness publisher unlocked five of its best-selling classes on Monday, including “Meditation for Anxiety” to “Dance Workouts to Boost Happiness” to help its audience’s mental health during this time, cofounder Colleen Wachob said.

Wachob said she isn’t looking to make up any of the lost revenue by selling against the classes. And while she said “filling the funnel” of potential customers for after the coronavirus subsides isn’t a main goal for this decision, it could be a nice benefit for having unlocked the classes.

“We haven’t talked about an end date yet,” Wachob said, though she said she hopes it won’t be more than another couple weeks, with the intent of putting the paywall back up once the pandemic subsides.

Hearst Magazines’ subscription workout video streaming app, All/Out Studio, normally costs users $15 per month or $100 per year, but according to a company representative, the team operating the platform is looking to extend its general public free trial from seven days to 30 days.

Peter Figueredo, founding partner at House of Kaizen, said that whether companies’ motivations are altruistic or not, they do get leads from people testing the online fitness classes during this time period, and the messages they send out around unlocking this content should be focused on how they’re looking to help the community, versus being self promotional in any way.

“People will be more likely to pay for [a product] if they have a trial of it, but combine that with a socially good message and there will be an enhanced level of trust and positive sentiment for your brand,” said Figueredo. “The more that you can better that message, the more trust you will gain from people” and the more likely they will return as customers.