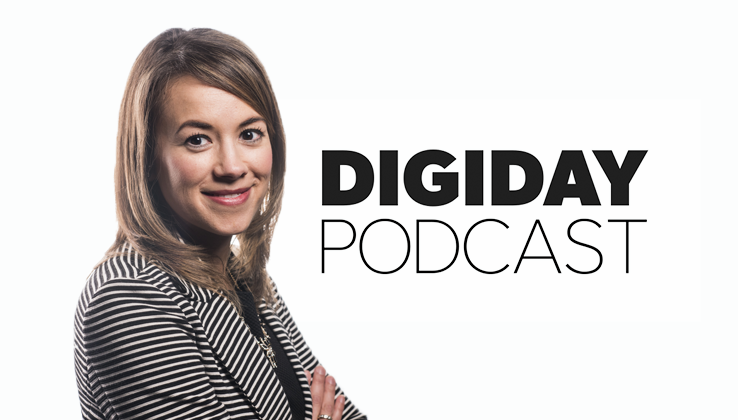 Politico has successfully steered its business model from advertising to subscriptions. Today, with 25,000 Politico Pro subscribers and a 90 percent renewal rate, Politico gets over 50 percent of its revenue from its high-priced subscription services.

The key lies in focusing on the coverage that has been pivotal for Politico, according to Politico President Poppy MacDonald. The publisher has not wavered from its original brand of policy and politics journalism, so it’s managed churn and avoided the impact of the waning Trump bump.

“A lot of people started taking interest in politics and started reading our content, too, but our focus and coverage hasn’t changed, so it doesn’t have us thinking about where Politico grows and where our future revenue growth comes from,” said MacDonald on this week’s Digiday Podcast.

MacDonald joined Digiday editor-in-chief Brian Morrissey to discuss the subscription business, global expansion, talent retention and the Politico Playbook. Below are highlights from the episode, edited for clarity.

Managing churn on subscriptions
“We’re constantly watching churn. It’s a key performance indicator for us. We’ve got a 90 percent renewal [rate]. Our revenue is really dependent on this influential and elite audience who we’re selling advertising against and also subscriptions. I’m glad people are interested, but it hasn’t changed our focus.”

Surviving the ebbing Trump bump
“For some publications who decided to jump on the bandwagon and cover politics, too, the Trump bump is going to impact them. Trump has been good for traffic. [But] we have sustained that growth that we got during the election. Before we knew the election outcome, we didn’t think that would be the case, but we have continued to see people just as interested in politics and policy coverage as they were before.”

Metered paywall is not the best strategy
“It’s not metered paywall because potentially, that’s just about producing as much content as possible and [hoping] people will want to pay to see that sixth, seventh piece of content. It’s more about how we can become ingrained in the fabric of what these people need on a day-to-day basis.”

Consumer revenue is not the focus, even as competition mounts in Washington
“No option is off the table, but Politico is focused on influential readers. We’re not doing explainer journalism that some publications are doing that’s landing on the doorstep of someone who doesn’t work in politics and policy. That’s not our focus right now. Axios is new competition in the Washington market. Scoops are exciting because of our insider access; we’re getting intelligence. What’s driving our revenue is our subscription business. It’s not [always] about scoops; we’re providing intelligence and doing our job.”