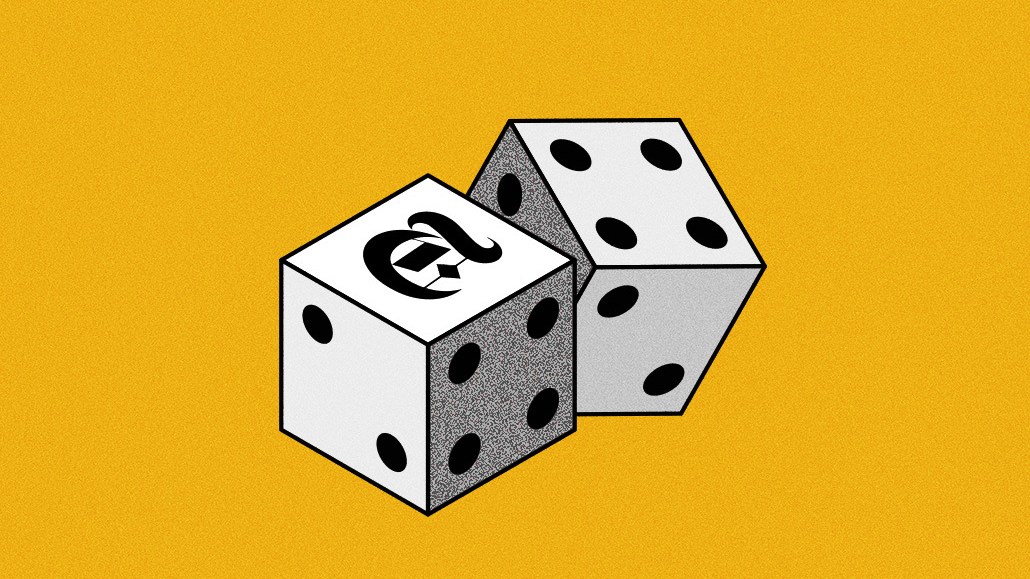 The New York Times is leveraging the growing popularity of its gaming product to drive subscriptions and create new opportunities for brand partnerships and ad inventory.

The Times has published a daily crossword since 1942, but its use of games as a subscriber funnel is part of a renewed focus on gaming sparked by its acquisition of Wordle in January. Although Wordle is free-to-play, many of the New York Times’ most popular games are premium offerings, requiring users to pay for either a games-specific subscription or a full New York Times editorial subscription before they can access higher levels.

“Our focus this year has been growing that games business, thinking of Wordle as an incredible opportunity to introduce all those people to our games,” said New York Times head of games Jonathan Knight.

The strategy has paid off, according to Knight. “In recent weeks, we’ve definitely seen evidence that, when we ultimately offer people a subscription to games and give them the choice to take the games subscription or take the larger New York Times bundle, people take the bundle,” he said, though he declined to provide specific subscription numbers. “It’s an exciting opportunity to introduce people to everything that the New York Times has to offer, so we’re definitely beginning to see that strategy play out.”

And there is a logical overlap between the audience for the Times’ puzzle games and its editorial content. “The people that are attracted to word games, in general, are a pretty good fit for somebody who wants the more intellectual news coverage,” said Peter Ericson, creator of the digital subscription platform Leaky Paywall.

The significant demographic expansion of its gaming audience due to the Wordle acquisition was a motivator for the Times to more directly leverage its gaming product. Knight said that the makeup of the Times’ gaming audience has shifted considerably toward international markets, though he was unable to provide specific demographic figures.

The international expansion of the Times’ gaming audience has gotten a boost from the global success of Wordle — and at least some international users have followed the exact subscription funnel laid out by Knight and his team. Sonia Pham, a New York Times Games user based in London, said she was introduced to the Times’ puzzle gaming section through Wordle, but now rarely plays the free game, choosing instead to spend most of her gaming time playing Spelling Bee, a premium offering.

“Initially, I just wanted the game subscription. But then I was like, ‘well, how much is the news subscription as well?’ I ended up getting the subscription to news, and only more recently have I started using it as a source of news,” Pham said. “It’s a very expensive way, really, for me to play one game every day. But it’s just one of those things that becomes part of your daily routine; it’s a subscription you set up and forget about.”

As the Times’ gaming audience continues to grow, increased subscription revenue is only one way the publisher is looking to take advantage of its gaming section. The Times’ games are also valuable ad inventory, and the company has begun to experiment with merchandise and brand partnerships, including a Wordle board game produced with Hasbro and the integration of some of the Times’ partners directly into its games. This month, for example, commuters in New York City can play Spelling Bee via digital game boards on subway trains and platforms, an activation developed in partnership with outdoor advertising firm OUTFRONT Media.

“Millions of people turn to New York Times Games for a delightful break in their day that can also challenge them,” said Chandra Cooks, managing director of marketing for New York Times Games. “As we look to celebrate our community and increase the awareness of our portfolio, brand collaborations and thoughtful earned integrations will continue to play a role in our marketing mix.”

In today’s attention economy, gaming is one of the fastest-growing forms of media and entertainment, and is increasingly becoming another facet of media consumers’ wide-ranging entertainment diet alongside written editorial content. The Times’ increased focus on gaming reflects the company’s understanding of the changing media market.

“We’ve been lucky to have a tremendous organic interest in our daily games and wordplay forums. They engage users from all over the world, at all skill levels, to enjoy gameplay every day,” said Holly Harnisch, head of earned marketing at the Times. “We’re just now dipping our toe into larger marketing efforts to deepen our connection with our well-established community and invite more people to play.”